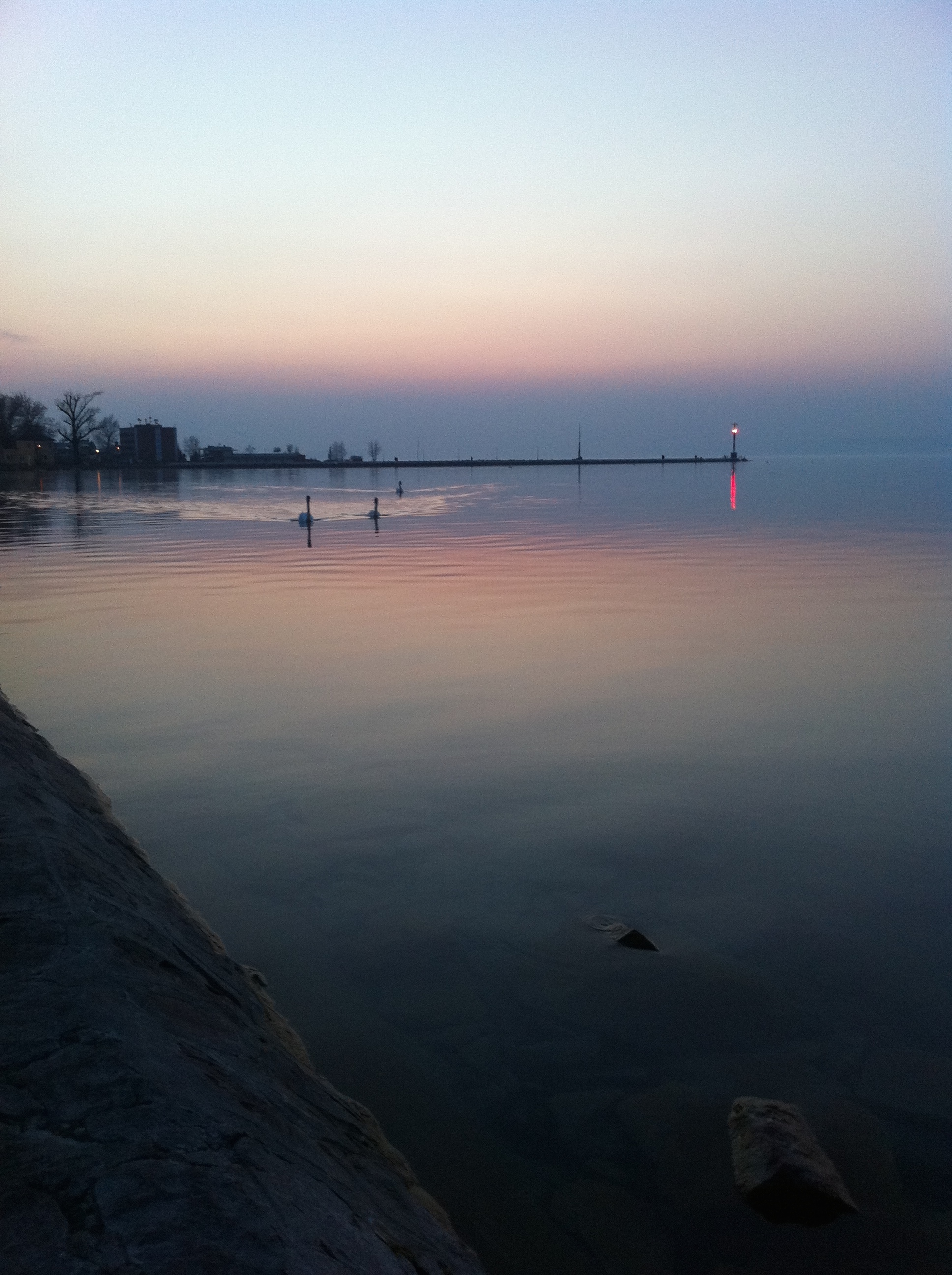 Prostitutes and beggars hang out in front of kebab shops waiting to ensnare unsteady drunks. Loud English and Australian tourists hollar into bars and out of clubs. And me, I’m just walking through. Suitcase rolling along in one hand, the other patting down the pockets, phone in the left, wallet in the right.

Over my shoulders is my small black satchel with laptop (the 6 string of the 21st century? I wish) and on my back is the compressed and finally unleashed hangover of the last 7 days in Budapest. 7 Days that felt like 7 hours. 7 days where I made new friends and finally – hopefully – forgot some old worries.

There’s something surreal about this city. The charming yet ugly decay of the streets, the absurdly majestic parliament building, the chilling history which isolates the present from the past.

Tourists and Hungarians seldom mix, foreigners come here not to discover a new culture or meet locals, but to meet each other in this glorious, ludicrous inferno in which nearly all behaviour becomes acceptable. Having a bottle of wine at 11am on a Tuesday, climbing fences and exploring an abandoned railway station; wandering through rust ruined carriages until, chased by guards, you clutch your half drunk wine and scurry back over the wall.

One night there was a boat cruise on the Danube – that river Patrick Leigh Femour wrote about so well in his “A Time of Gifts,” that river that I walked for 2 hours in Vienna to catch my first glimpse of and, wind blowing, stared towards the East and imagined these strange cities and lost worlds. On the boat we drank cheap champagne and all embraced under bridges as the houses of parliament glowed gold on the bank and we giggled about nothing and acted like the best of friends though most of us had only met that day.

The next day, up at 11, out the door at 1, searching for the building I’d come to Budapest to see. The Dohany Street Synagogue (Dohány Utcai Zsinagóga) is the second biggest synagogue in the World and the biggest in Europe. The synagogues I’ve visited in England or Poland tend to be shy, tend to cower in corners, fearful of attracting attention. This building leaps into the air with gold points and a bold, gleaming smile. The lady at the ticket counter asked if I were a student and I habitually said yes before, remembering that I hadn’t actually attended University since my wanderings in China last year, and ever compulisvely honest, I hastily corrected myself. She winked and smiled. “Oh have the discount anyway.”

Those graves in the garden of the temple. Those headstones, the star of David etched on stone, all dates 1944 / 45. Chilling in their quiet stillness. When confronted with evidence of the holocaust the mind pauses as if on the edge of a cliff. You cannot see the bottom. You try to look down, force yourself to look, but the horizon below you shimmers and blurs and you step back hastily, dizzy and afraid. I sat in the huge, empty hall of the synagogue wearing my skull cap. In World War Two they had used this building as a stable for horses.

Time doesn’t keep track of itself in this town. After 4 or 5 days which could have been a month or a weekend of transcendent frivolity at night and hungover wanderings by day we decided to escape. Myself, a young American, an Aussie and his newfound British squeeze hit the tracks and headed for Siofok, a picturesque lakeside town. Halfway through the journey we found ourselves stranded in a dystopia of a city called Szekesfehervar. Renovations had cut our journey off halfway through, and our best guess put our onward train 90 minutes away.

We went for a walk through the ruined buildings near the station, the sickly yellow of the paint on the leering, surly apartment buildings. Old men smoked on benches and young men and women snuck off into corners arm in arm. There were no families, no children, no one looked healthy. We had a beer in a bar at the station where old men sat alone and stared into pints and middle aged men, bald and stocky, took shots of a sinister dark liquid and chuckled without smiling.

When we made it to the lake the sun was setting and the town was deserted; foreigners don’t arrive until summer. The colours on the water made the whole journey (and the next day’s hangover) worth it as the gentle blues merged with the pinks and oranges of the sun set and swans paddled up to us and pouted from the waters edge.

Alone except for litres of wine and a solitary diver standing waist high in the water with a metal detector we felt like we were on some strange, uninhabited planet. The merriness of the wine talk took the edge off the eeriness of the scene, but alone it would have been haunting. With friends it was pretty, and it stole much of the conversation.

The return trip the next day, sodden with hangover and bleary eyed clearing up bottles and racing to the station for a 9am train was one of the painful travel experiences all wanderers have yet few can make interesting to others. Due home at 11am, we stumbled through the doors 3 hours late, proud and weary, and then promptly collapsed.

That was yesterday. Last night I took the overnight train back to Warsaw. I did not sleep well. The woman in the lower bunk arrived four hours into the journey and, at midnight, began to talk enthusiastically in Hungarian on her phone. With a glare and flick I slammed the curtain shut, and she got the message and soon shut up too. This morning I woke in Poland to a bright, empty compartment racing through a forest of straight, spread out trees.

I sit now in a small hotel room in Warsaw, drinking tea and writing. There’s a busker wailing something horrid outside and, although it isn’t late, the partygoers are already yelping their drunken yawps. In 2 hours I will walk back to the train station to meet someone who I haven’t seen in far too long. 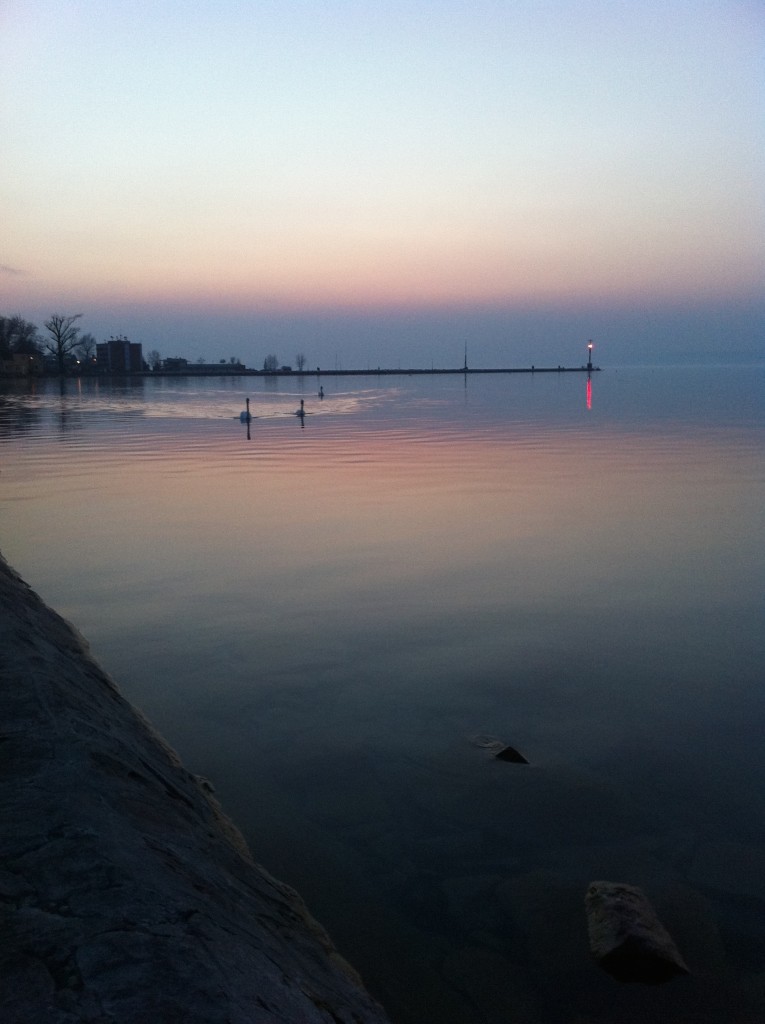