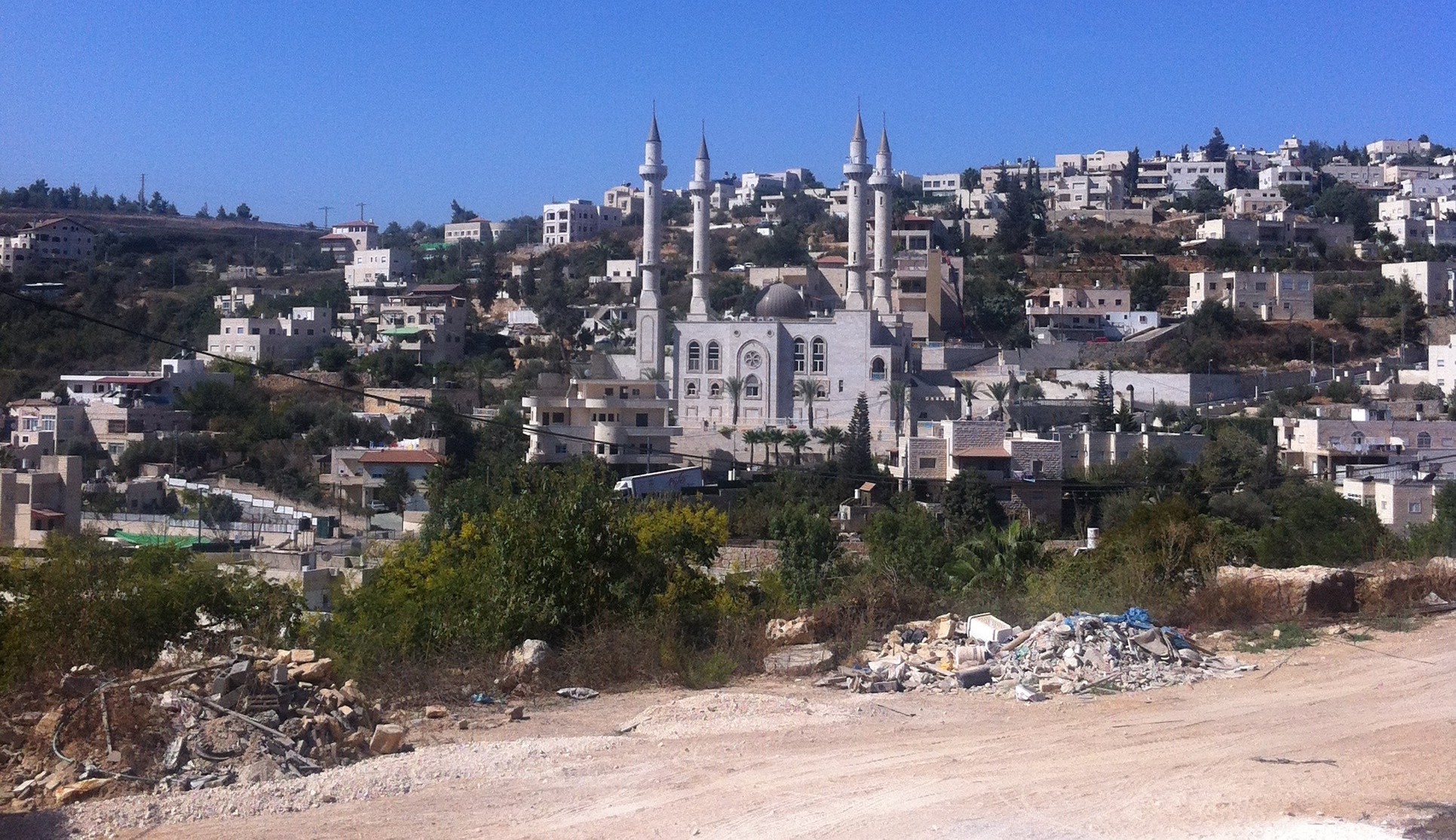 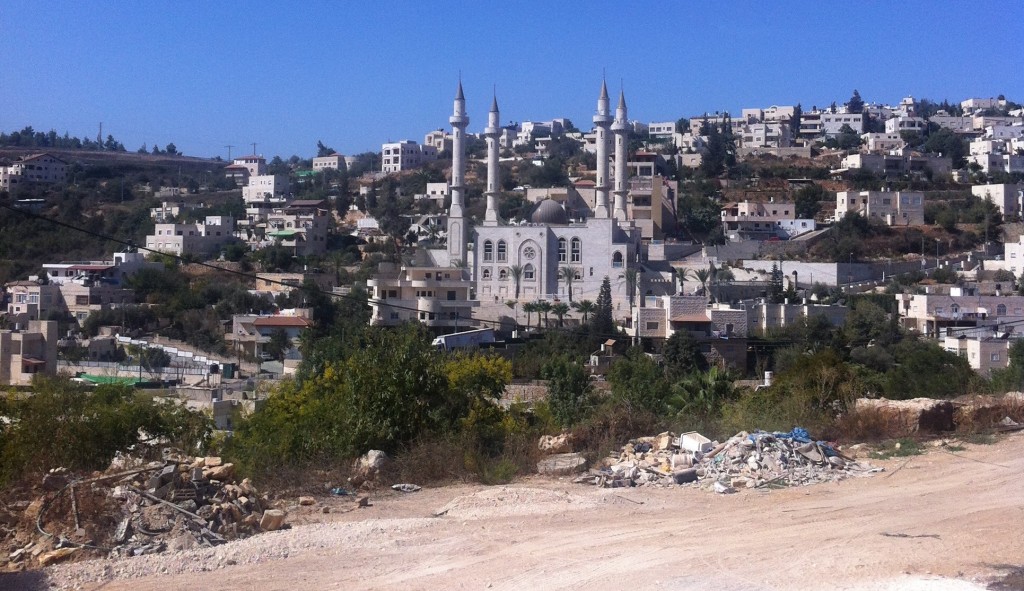 The hills around Abu Ghosh, near where I stayed in Israel.

I sat at a table surrounded by former Israeli soldiers.

A women, short with dark hair, sat holding her small child. She had been in the intelligence corps, riding helicopters over Gaza. Opposite me was a dark faced man with silver hair who spoke English with a strong accent. He had been in the first war with Lebanon. An older man, bald corporate type, was to my left. He had loaded missiles into tanks.

We were in the Judean Mountains, a couple of clicks from the Green Line, just west of Jerusalem.

There were two terrorist attacks in the Old City during the three days I was there.

We watched them on TV. People blamed the Palestinian Authority. There was anger.

I asked if these attacks, almost every second day, was the usual pattern. They assured me it was not.

The main bedroom of the house in the Moshav was a bomb shelter. Every resident was issued a gas mask.

We had gathered there earlier that day for a family reunion.  Most of us wore casual clothes, but one old man was in full Chasidic-like attire. Dark suit. Black hat.

His fingers were gnarled. No nails on his thumbs. Thin beard. His wife lurked behind him. Pale, anxious, showing yellow teeth but unsmiling.

The man’s son wore the same outfit. He had a wispy beard and seemed to wobble under the weight of his enormous hat.

After lunch people prepared to sing a song about our family history. My Grandfather’s grandparents had emigrated from Poland over 100 years ago. Someone had written a song about them.

The family in the suit and hat got up to leave. Their beliefs forbid them from hearing a woman singing. I pitied the son – he was born into this – but the father had converted to this sect voluntarily. An extreme way to stop your kids from listening to Rihanna.

I spoke to two woman who looked to be in their forties, both school teachers.

One spoke perfect English and translated for her friend who spoke mostly Hebrew.

The English speaker made a strong case for separate schools for Arabs and Jews. She said it was about identity, that the Arabs don’t respect women teachers, least of all Jewish woman

Her friend nodded in agreement. She said that in Arab areas they steal your car.  “They have a word for when they just walk around, looking for the opportunity.”

– “I suppose all you hear about Israel overseas is the war. But you don’t feel like you’re in a war do you?”

– “Well there are no bombs, but you can tell this isn’t like other, peaceful, developed countries.”

– “Well it’s like that in all places with conflict.”

I walked out of the house. Down the road. On top of a roof.

The great red Middle Eastern sun was sinking down behind the sky scrapers of Tel Aviv in the distance. I went back to the house.

People were assembling in the garden, and started singing traditional, Hebrew songs. The man who lead the singing was thin with glasses and sang in warbling, temple tones.

The heat of the day was leaving, and for the first time since arriving I felt strangely calm. I sat in the circle and listened to the songs. Five generations sang in muddled harmony.

It was the festival of Sukkot, so we went into a tent in the garden for the rituals before dinner.

A Moroccan man, the gentle husband of our host, recited the prayers with ease, as if he had done so a thousand times. He probably had. We sipped wine and ate bread with honey, and then sat down for the meal.

The talk was of family stories and relatives deceased. People began filing out by early evening and we were at the hotel before 10pm. Men in skull caps wandered the halls, trailed by their silent wives and morose children.

Awaking early the next morning we faced a breakfast of chickpeas and cabbage. It was the Sabbath, so the coffee machine was switched off and the elevator ran on an automatic timer.

Braving a walk under the unforgiving sun we stopped off at the local cemetery and placed stones on the grave of our host’s mother, my grandfather’s Aunt.

We walked through a bizarre biblical village and up a steep incline. Our host, another of the short, dark haired women who spoke in firm statements, pointed to a row of dry green hills.

“The Green Line is just over there.”

And on the other side, The West Bank.