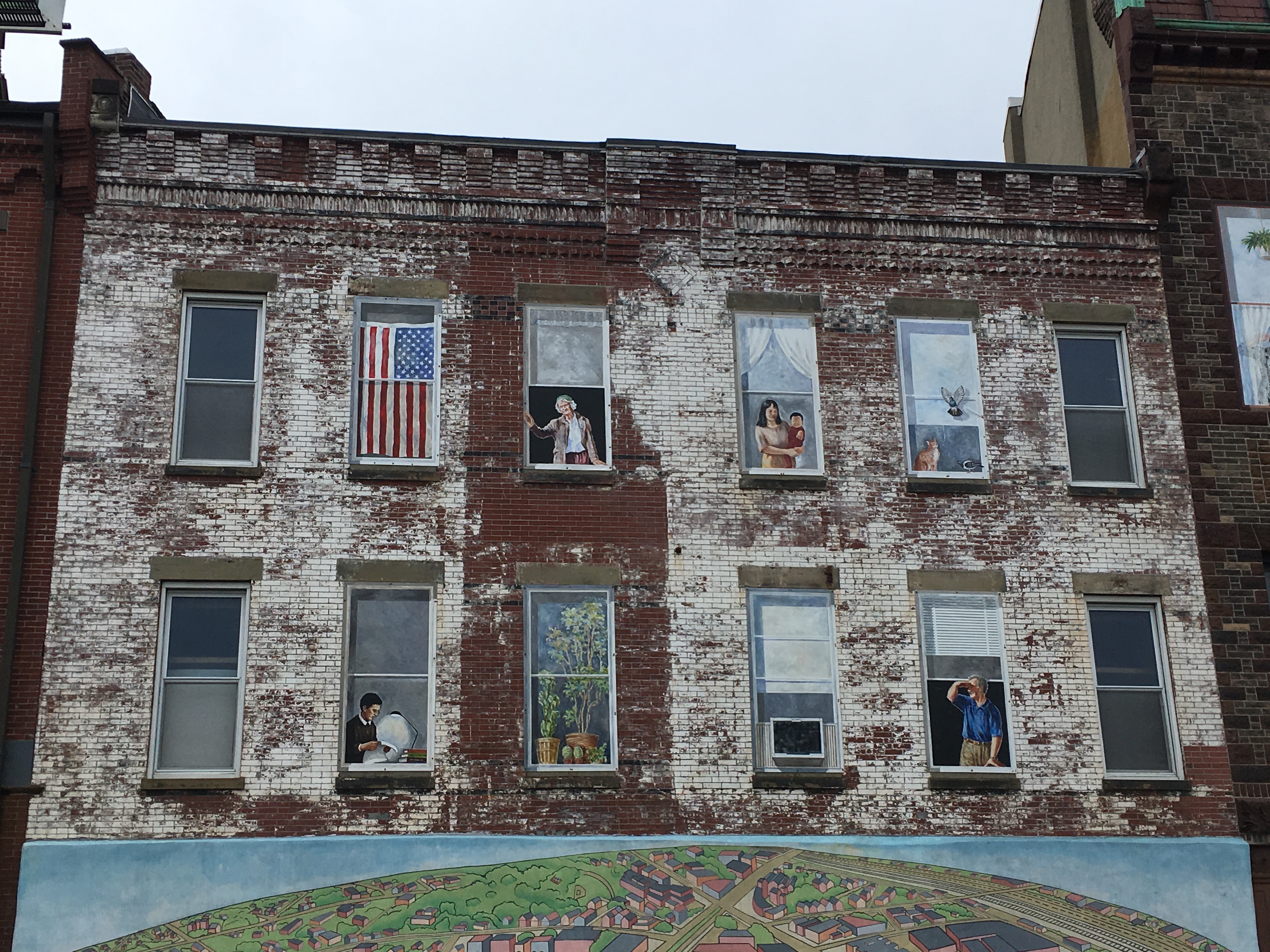 The following events took place at the airport of an affluent city on the east coast of the USA. To protect the privacy of the individuals involved, I will not name the airport.

It’s hard to take a man seriously when he’s standing underneath two portraits of a blonde, obese reality TV star. And yet I tried to ignore the President and pay attention to Agent Shane. He had a gun. He had my passport. And he was not smiling.

“Sir, can you tell me why you were in Iran?”
– I was there with friends as part of a charity drive. It’s called the Mongol Rally, basically we drove from Europe to…
“Were you there alone?”
– No sir, I was in a group of 8 friends from New Zealand, as part of a charity event called the…
“And why are you here?”
-To attend a marketing conference on behalf of [COMPANY] /”What is your role in the company?”
– Um….. (thinking on my feet…) marketing director.

That final exaggeration seemed to make a difference. The officer’s manner changed, and I was invited to take a seat. Around me sat about half a dozen other travelers in assorted states of dishevelment. An hispanic grandmother in a wheelchair and her two grandsons, both dressed in hoodies, tattooed, sullen, arms folded. A tall Taiwanese man dressed in a fashionable jacket and Nike shoes. Two thuggish bald men sitting next to each other, their bellies bursting out of their stained T-shirts.

The room was white, brightly lit, and situated downstairs below the main immigration queue. Four uniformed officers – mostly bald, bearded and pale – strode in and out with purpose. They gossiped with each other and seemed constantly in search of lost forms. “Did you see the D366?” “Steve has it.” “Print another one.” “The computer won’t print.” “Did you login as staff?”

Behind our room was an interrogation cell, where a man who I couldn’t see was getting his luggage thoroughly searched. Two officers were chatting about the Taiwanese man; “Did he buy a flight back home?” “No – he spoke to his travel agent” “Well tell him if he doesn’t buy one now and get on a flight this evening he’s going to detention.” The agent turned to the Taiwanese man who stood nervously in the corner hunched over his suitcase

“Hey buddy!”
– The man looked up
“Buddy, you didn’t buy that flight. You missed out. The only other one is $13,000. Economy is sold out.”
– The man shrugged, and took out his phone. He placed a call and began speaking in Mandarin, translating the offer to someone on the other end. Turning to his colleagues, the officer said “He coulda had that other flight for like 500 bucks, but he didn’t do it and now he’s gotta pay $13,000! Hey buddy” – turning back to the Taiwanese man “Now you gotta pay $13,000!”

One of the young hispanic men was called up. He walked with an aggressive roll of the shoulders, and leered pugnaciously at the officer.
“You from Columbia?”
– Yes
“First time in the US?”
– No
“You here to work illegally?”
– No
“Got family here?”
– Yes
“Do you have any criminal convictions?”
– No
“It’s not what it says here buddy.” He was led off to the back room.

Other unfortunates came and went. Men from Norway, women from Russia, children – unaccompanied – from China. Some were eventually handed documents and allowed to leave. Others were sent to detention. The agents kept score “That’s thirteen in detention today already!”

The Columbian grandmother sat still in her wheelchair as each of her grandsons faced interrogation in turn. Occasionally one of the officers spoke to her in Spanish. Within her hearing, they gossiped in English about the two young men. After the second young man had been away for about an hour, an agent said “Ok. I want her to see her grandkids getting deported.”

Now they were talking about me, referring to me as “Iran.” “Shane, you working on Iran?” “Yeah.” “It’s a TTPA.” “Yeah.” “You did a TTPA yesterday, let me handle this one.” “Ok, you sure?” “Yeah.” The new agent called me up. They’d apparently decided I was no threat, and his approach was warmer than his colleagues.

“Sir, can you tell me why you went to Iran?”
– I went there as part of a charity event called the Mongol Rally. It’s a drive from Europe to Mongolia through Central Asia, to raise money for a charity.
“Oh! Like that TV show!! What’s it called…”
– Um… The Amazing Race?
“No! Hey what’s it called! That show! It’s like that show you have on the TV…
– I’m not sure sir
“Top Gear! That’s right. It’s just like Top Gear.”
– Absolutely
“You here for business?”
– Yes, to attend a marketing conference in Salem
“In Salem?”
– Yes
“I’m from Salem! Oh you’re gonna love it there sir!”

At this point the agent’s manner went from warm to almost deferential, as he explained the situation to me. “Ok sir. So because you were in Iran, your ESTA is no longer valid. So what we’re going to do is issue you a visa so you can come to the States and do your conference. But before you come back, you’re gonna have to go to the US embassy in New Zealand and apply for another visa. You cannot return to the United States before you do that.”
– Thank you, I understand
“It’s a new law sir. You haven’t done anything wrong, and we’re gonna get you sorted out. It’s shouldn’t take too long. Do you have someone waiting to pick you up?”
– The company is sending a driver
“Ok so, you wanna call them and let them know you’ll be about an hour longer, we’ll be as quick as possible.”
– I will, thank you.

As I took out my phone to call the driver, another agent shouted at an hispanic man sitting in the back of the room. “Oi, no phones! Can’t you see the sign. The sign right there! Put your goddam phone away!” Guiltily I placed my call and sat back down.

The next hour passed slowly. More people came and went; a young man with a few drink driving convictions, sent here by immigration staff who smelled alcohol on his breath. A middle aged man whose dual citizenship had baffled officials. A pale man from Kazakhstan, who sat nervously clutching his aqua-blue passport, rocking back and forth in his seat. Some were let through. Some were sent to detention. Some booked flights over the phone, and returned home.

Agent Costos now held my passport in his hand. He asked for a signature, and was about to let me go when his computer started causing problems. Before this, they’d had to find their boss to validate my temporary visa. But they didn’t know where he was. He had since been located and my documents were now in order, giving me just under a month in the USA. They’d even waived the $585 fee, as indicated on the forms. I was relieved, and ready to go. But the computer was not co-operating. “It won’t save the event!” “Did you change the status before you created the event?” “John did.” “I though Steve was working on it? “Steve’s eating.”

This went on for some time, until finally the computer co-operated and I was free to go. Three hours had gone by. It felt like much longer. Many of the same faces who’d been there when I arrived still sat, silent and sullen on the brown couches.