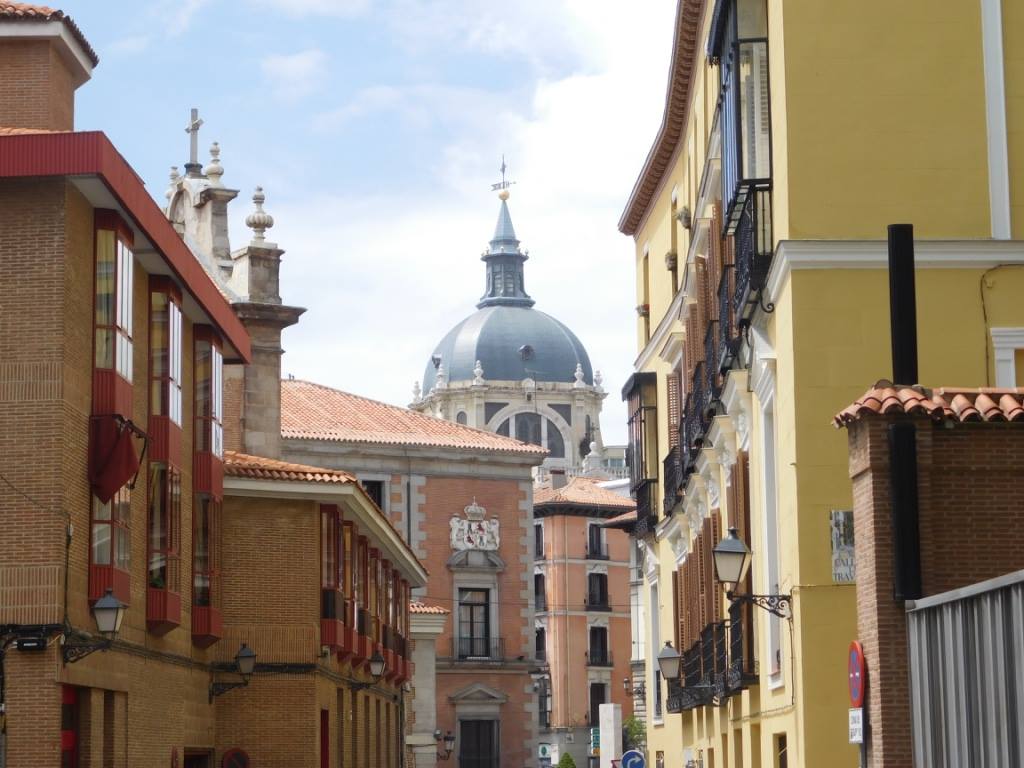 Madrid is a languid rush.

As in all big cities, people look ahead and walk with purpose. Yet they move slowly. Pedestrians habitually pause in the middle of the street, perhaps to emphasize a point in a conversation, to check a mobile phone, or simply to turn over a thought. Attempting to walk briskly is a dangerous game, at any moment the crowd before you could come to a sudden halt.

The opposite is also true: People will sometimes just get up and go. The waiter taking your order may drift away leaving you mid-sentence. The lady at the checkout counter at a busy supermarket may decide that she would rather be elsewhere for the minute, and leave you stymied with one hand on your trolley. The locals behind you wait with equanimity, used to this behavior, barely noticing the interruption.

This is a city comfortable in its own skin. There is a certain harmony amid the contradictions. On Paseo de la Castellana, a grand highway lined with glass office buildings, a banker in an expensive suit may carefully place his recyclable rubbish on the ground beside a collection bin. A young Roma man or woman would then slouch over and sort through the sheets of used cardboard and empty bottles like a teller counting change.

Down the street is Plaza Castilla, an enormous and undeniably phallic golden spire that stretches towards the heavens, commemorating some dull anniversary of some dull bank. Two dark glass towers appear to lean in over the spire, weighed down by the self-importance of the bankers within.

In the entrance to the Plaza Castilla metro station stands a small store selling mobile phone cases and accessories. It is dirty and, despite passing it several dozen times, I never saw it serve a single customer. The young bearded man behind the country fiddles with his earrings and gazes blankly at the passing commuters.

Over time I began to notice something. At exactly 12pm every day, a man visits this small store. He is short, aggressive and hurried and always has with him an equally short, aggressive and hurried bulldog, held on such a short leash that it looks like the man is grasping it right by the collar. Without exchanging a word, the bearded man with the dog hands a paper package to the man behind the counter, then turns around and leaves.

This is one of the many mysteries of Madrid that, over my nine months resident here, I have failed to solve.

Another is the mystery of the shopping cart men. These short, shirtless, dark-skinned men walk back and forth in the affluent parts of the city, pushing trolleys of building materials. They have an air of dereliction; they do not appear to be going or coming from any actual building site, and yet stride with weary purpose to and fro. With the winter, their ranks seem to have thinned. But they are always here. Locals do not afford them a second glance.

Spend long enough walking the hot city streets, and small mysteries such as these settle upon you like dust. They spark curiosity. They linger briefly in the mind. And then you take a shower and they rinse off down the drain. You move on with your life.

I have glanced these mysteries, but neglected their depths.

As a serial expat, I relish the weirdness, the feeling of being an explorer on a new planet. Culture shock is my homeostasis. Madrid seemed almost normal. Instantly familiar, the entire city a calm, corporate suburbia. And this hasty judgement became self-fulfilling. Rather than actively seeking out the new, the story, the different, I was soon ensconced in routine: An office job, an international circle of friends, a swimming pool (for a time). They even started greeting me by name at Starbucks.

All this is evidence of a failure to travel. Travel is the opposite of routine. It is purposeful uncertainty, propelled by curiosity and tense knowledge that exciting things are happening elsewhere.

Lacking stories of my own, I listened eagerly to the tales of others. Uber drivers were the best sources of material. Finding a willing audience, they would often go straight to a level of openness that my local friends would require several months – and several pints – to reach with me.

The marine biologist from Cuba was a huge man.

He barely fit behind the staring wheel. Over the radio, he boasted proudly of the many cars he owned back in Havana. I don’t recall the brand, but the years were 1953, 1956 and 1957. Despite his qualifications, he found that driving a car was the surest way to earn a living. Much of the money was sent back home.

I remember too a driver from Pakistan who was immaculately dressed in a tailored suit and tie that may have cost more than his car. Back home, his profession was marketing. We spoke about Pakistan’s new president, Imran Khan. He was a big fan, and smiled effusively as he spoke about the changes that were now surely coming to his country. And yet he had no plans to return.

Most haunting was the soft-spoken Venezuelan. I rode in his car before Juan Guaido declared himself president and thrust Venezuela back onto the international headlines. Instead of high politics, we spoke of chickens. “It used to be that if you knew someone, you could pay a bribe, and you could get a chicken for your family. Now, even if you know people, even if you have the money, you can’t get any chickens.” When his wife became pregnant, they left for Madrid.

Their stories are about escaping chaos – the very madness that excites the traveler yet imprisons the locals – and coming here in search of order and income.

But chaos always finds a way.

Leaving the Chueca metro station you emerge into bright sunshine and find yourself in a small square lined with bars and cafes. It’s a perfect place to perch outside with a glass of cool local wine, and watch. A group of drunks hang out in front of the convenience store in the corner. They stumble, hug, pass huge glass bottles of beer to each other, tumble to the ground and stagger back up again.

Others strut through as if on the catwalk, necks draped in elegant scarves and framed by rigid collars. After lifting your eyes to stare at a particularly flamboyant specimen, you may notice that your backpack has vanished. Perhaps you lifted your hand off it just for one second, and is vanished from beneath your table.

You stand. Look around. Your heart races. You ask the group at the next table, but they didn’t see anything. Your phone was in it. And your wallet. Borrowing a phone off a friend, you block your credit cards and plug “Police Station” into Google maps.

It’s a long wait at the station. The sparse waiting room is packed with tourists, mostly families. British and American. Each with an identical story. The bag was there one second, then it was gone.

Four or five hours pass, and then it’s your turn. The police officer is bored. Another day, another stolen bag. But he is young. Smartly dressed. And when you load the “find my phone” app on a friend’s mobile, his eyes widen.

He zooms in on the map. You can practically see the James Bond fantasy in his mind. He would chase down the criminals, rescue the phone, and save the day. Excitedly, the young policeman knocks on the door marked Jefe – boss. After some time, a fat man exits. He takes the phone, looks at the map and rolls his eyes.

“That’s the gypsy district” the boss says. “We can’t go there.”