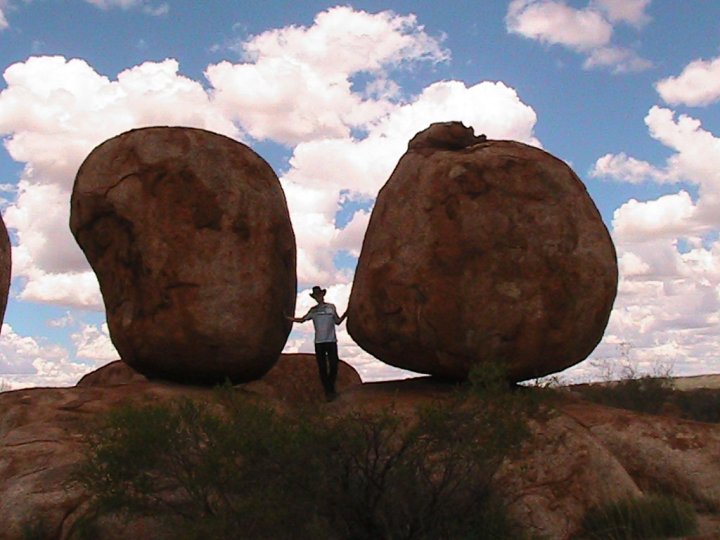 By Nathan James ThomasMarch 18, 2019Australasia, Stories from the past
No Comments

It happened again. An old man this time. Long white hair melting into his beard. Eyes glazed over. The plump woman shouted “Oi! You gotta pay for that!” She ran out of the store and grabbed the man firmly by the wrist. He continued to stare blankly into the distance as she berated him. Eventually, he released the handful of goods he had pilfered, and shuffled away. The attendant waddled back inside, her dyed black hair shining in the brightly lit petrol station shop. She looked at me and rolled her eyes.

“That’s the third one tonight you know mate. They can’t stop themselves.”
“Any news about the bus?”
“Shoulda been here three hours ago.”
“I know. Did you hear anything?”
“Musta broke down or something”
“Yes. So what happens?”
“Dunno. They’ll send another. I guess.”

It was three am in Alice Springs, in the red heart of Australia. I’d been waiting in this roadhouse for four hours, my enormous backpack propped against the chair, one leg slung through the strap, dog-eared Lonely Planet on the plastic table. I was 17 years old, and had no idea what I was doing.

A woman walked into the store. With her battered face and yellowed eyes, it was impossible to tell her age. Intoxicated, she stumbled towards me. I tried to avoid eye contact, nervously staring at the floor.

To my relief, she soon got distracted by one of the refrigerators. She walked towards it and grabbed a cheap plastic bottle of processed orange juice. Seemingly in one smooth movement, she at once opened the bottle, took a swig, dropped onto chair in the corner, and passed out with her head on the table, spilling the orange juice which soon started dripping noisily onto the linoleum floor.

Things had started to get weird when I reached Perth. The train from quaint and civilized Adelaide took 40-something hours, and traversed the world’s longest stretch of unbending railway. Out the window, you see hawks, wild horses, kangaroos, and emptiness. The richer travelers get cabins with beds. I was in a soft chair, sandwiched between two muscular female tattoo artists from Minnesota. After a few hours the conversation died. I read my book and stared out the window, hoping for the flicker or movement from a feral camel or bird of prey, but mostly just entranced by the pure nothingness of it all.

On journeys this long, the mind plays tricks. After about 12 hours, with the knowledge that you’re not even halfway through the voyage, the brain forgets what it’s like to not be on this vehicle. The train becomes your whole world. A brief stop in Kalgoorlie after dark was enough to cement this sense of having left conventional reality behind. It was late at night, and lightning ripped open the black sky. A family crossed the one busy street, and a cow-eyed minor stumbled out of a bar and headed towards me..

“Them kids!” he slurred. “Them kids crossing the road!”
His eyes were wide, his agitation was real. He stumbled closer, and I could smell the alcohol on his breath
“Not safe,” he bellowed. “Crossing the road wit them kids!”
“No sir,” I said, politely, and backed slowly away.

We emerged from the train with bleary eyes and shaky legs. Various touts were lined up in the train station, waving brochures for tours and hotels. Exhausted, I foolish entrusted myself to a middle aged Australian man called Paul, who owned a youth hostel he assured me was “right in the center.”

Youth Hostels in Sydney or Melbourne are flash affairs replete with athletic German tourists. Outside of these cities, they get strange. In Katherine in the Northern Territory, I paid a $50 deposit for an iron key and had to chase chickens away from the dorm room. In Tennant Creek, a truly desperate town, the lone other guest was an itinerant carpenter, and the breakfast was Weet-Bix cereal without milk. In Mt Isa, a Queensland mining town, the hostel was used as an extension of the local hospital – people from the countryside travel there to await treatment in the “city.” Various deformed figures haunted the halls at night, hooked up to beeping respirators.

But of all these places, Paul’s hostel in Perth was the weirdest. Maybe it’s because it was the start of my trip, and the experiences listed above were ahead of me. Maybe it was a hangover from the monstrous train journey. But everything about Paul’s hostel was wrong. The guests were Dutch tourists who lay catatonic in the garden under clouds of smoke. The vibe was less music festival, more opium den. When the weed ran out after midnight, the manager, a bald New Zealander, left the “reception” and drunkenly shouted at the guests, demanding a joint. The water in the showers was cold. The dorm room filthy. And town center at least a 20 minute bus ride away. Thanks, Paul.

Shoes start to fall apart. It’s annoying, but it’s a good sign. It shows you mean it. That you aren’t just there for the likes. It means you’re prepared to get lost. Often a bus would pull up to a small town at 6am. I’d wander the whole day, and get on the next bus at midnight. There’d be the colonial city center, white wooden buildings. There’d be the human derelicts shouting at a bottle of vodka. There’d be the monstrous hot sun. Occasionally another tourist to keep you company – normally a European. But for the most part I was alone. Alone with the intensity of the experience and the enormity of the continent.

In my mind, the buses were full of vagabonds, drifters, gangsters. Except for the tame East Coast routes, tourists don’t ride them. There were tattooed miners. Indigenous families. The occasional drugged out itinerant worker from Europe or New Zealand. On a particularly long stretch somewhere far West, an elderly aboriginal gentleman sat down next me. He wore an Akubra hat and a smart business shirt. We exchanged pleasantries, before the rhythm of the journey took over.

The pattern is familiar. The roar of the huge bus racing at 130 kilometers per hour, punctuated by the occasional crash as yet another unfortunate kangaroo bounces of the stainless steel bullbars. We’d stop for refreshment at a lonely roadhouse, often the only man made structure visible in the red soil. The owners would be a married couple, who were typically appalled at the idea that anyone would patronize their restaurant. It was a $3 can of coke, and then you were on your way.

After pulling out of one such dismal establishment, the aboriginal gentleman in the neighboring seat tapped me sharply on the knee. “I’ll tell you a yarn mate” he said.

“I had a mate who wanted to drive his clapped out car right through the desert” he said, gesturing out the window away from the coast.
“He come up to a roadhouse. and he see on the blackboard outside ‘fish & chips’, but he nowhere near the sea! So he orders it. Out come a packet of crisps, and a tin of sardines!”

At 3am, the bus dropped me off in Exmouth, a small seaside town. “You got a sleeping bag?” My new friend asked.
“Yep.”
“You’ll be alright, mate.”

A crumpled map in my pocket had directions to a camping spot near town but I soon got lost, and found myself wandering in circles as the sky turned from black to pale blue. Native birds giggled maniacally overheard and bats flapped between the trees, their movement at once frantic and serene. The next day, I scuba-dived in the Ningaloo Reef. There were few fish, but I remember watching three long, lithe sea snakes glide their way hypnotically towards the surface.

The orange juice stopped dripping to the floor, and the intoxicated woman staggered to her feet. She lurched awkwardly towards the door and out into the night. My eyes followed her, and watched as a blinding pair of headlights illuminated the concrete courtyard of the Alice Springs gas station. The red, proud Greyhound had finally arrived! I fumbled in my backpack for my ticket, and walked towards the bus.