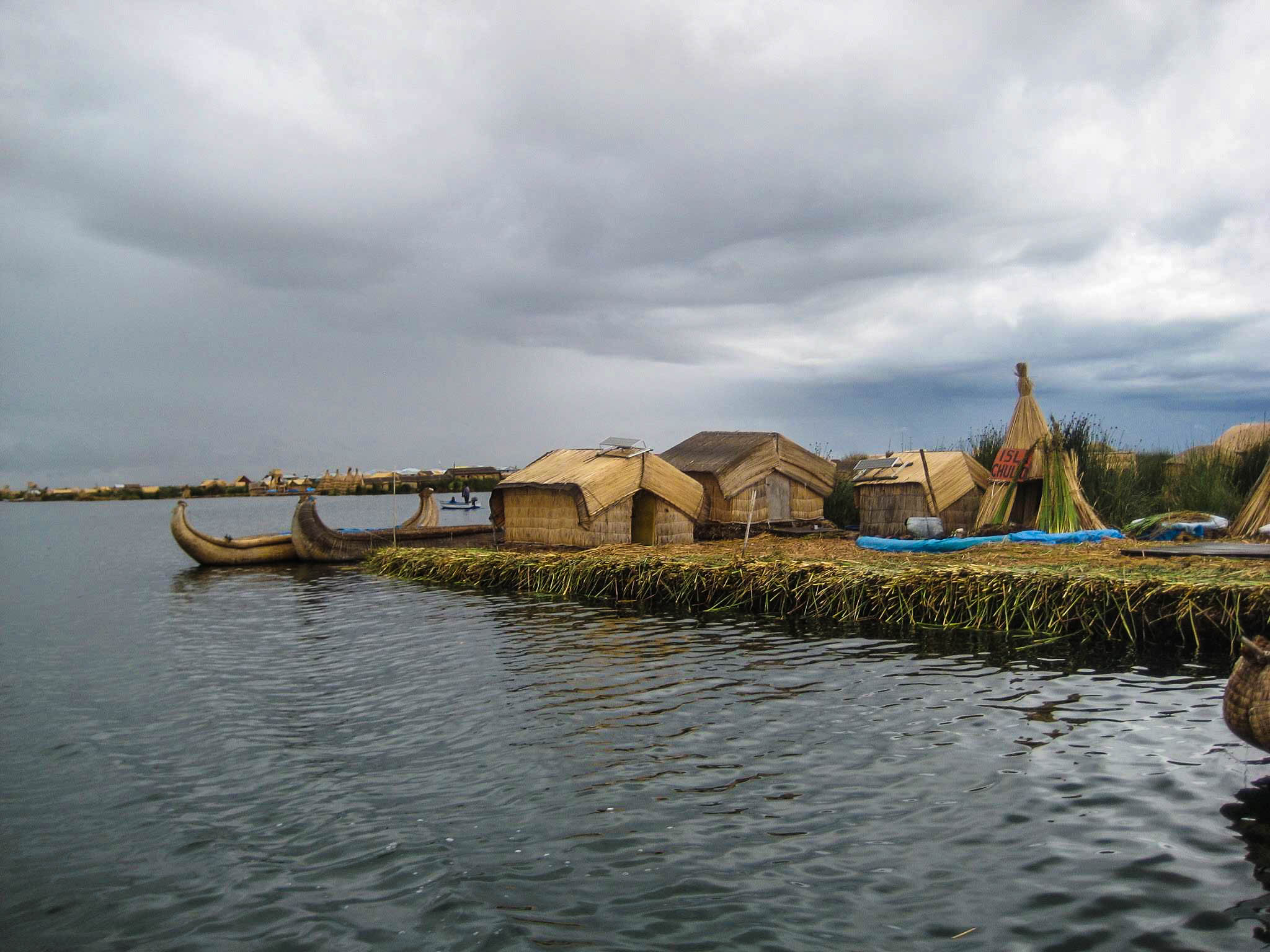 The Donkey and the Cellphone

Spanish language and stars make for a heady moment on Lake Titicaca, on the border of Peru and Bolivia.

“Here,” my teacher said, handing me a cup of mate de coca. “Drink, we’ll be on the water soon.”

I took the cup gratefully, shivering in the strange room, looking out onto the wet streets of Puño. The main thing I saw in the street were piles of trash.
We were in a room of a friend of a friend of my Spanish teacher’s, waiting for our tour to start. We were set to take a boat around the famed Lake Titicaca, which straddles the border of Peru and Bolivia.

Peru and Puño have plenty of their own natural beauty, but in my first weeks in Peru, I often remember the trash. Heaps of it, piled everywhere.
I’d never appreciated how clean Montana was until I left it.

I forgot about the trash when we finally got on our tiny boat and the sun came out. The beauty of the lake began to shine through. We made the requisite stop at the floating islands before heading on to the island of Amantani for a homestay.

The lake was showing off under a clear sky when we arrived. The island was beautiful and remote. I immediately bonded with my host family when I mistook the little boy’s headache for him requesting beer (“Cerveza? El niño???”).

At first all I could see were the differences—the kitchen of the house we were staying in only had a fire. It was essentially a little dirt room that I had to duck into because in Peru I am a giantess. One of the other girls on the tour was staying in the nicest house on the island, so called because it had hot water, at least when the sun shined. I saw the carts pulled by donkeys and traditional skirts on women. I saw rough stone walls and the select few buildings with electricity.

Slowly, I began to notice the similarities; they become evident if you spend time in any place long enough. I saw children playing football. I saw men laughing over their beer and kids running behind us to peek at the gringas. We climbed to the top of the island, an old worship site with a gorgeous view.

Coming down from the top, we got lost. The island isn’t exactly large, but we took a wrong turn somewhere and ended up walking past a field. The only person in sight was a man pulling his donkey through a field.

“You do it,” my Spanish teacher told me—she never lost a chance to make me rehearse my language skills. She was especially insistent after the cerveza vs. cabeza incident. “You must practice!”

I hailed him (“Hola, amigo!”—I could feel my teacher rolling her eyes behind me), and as he walked towards me, I realized he was on the phone. A cell phone. In a field. With a donkey. On an island that, to my knowledge, had very little electricity.

The man merrily ended his call, and my stumbling Spanish resulted in hilarity. Eventually he discovered we were staying in his house—so of course he knew the way. My teacher took over to confirm the directions, and after a quick exchange, he went back to his donkey and his phone.

Later that night, I ran into the same man in the inner courtyard of their house. He wasn’t on his phone—he was looking at the stars. It seemed surprising that someone who seemed to have so little, who bore the signs of hard labor in his hunched back and heavily lined face, would take a moment to appreciate the stars. I followed suit instinctively, as if expecting to see something significant. He really was just…stargazing.

It was my first experience gazing at the stars of the southern hemisphere. The constellations aren’t the same. Yet, the sky is familiar.

“Mira,” the man—whose name I never did learn—said. “La cruz del sur.” He pointed out the Southern Cross. He pointed out several other constellations, telling me stories about each, like many others, making sense of their world via the night sky. His finger pointed to the stars, and his eyes were kind, and I listened.

Amy McMahon has lived all over the world, teaching and telling stories along the way. She is currently based in Montana, where she lives with her husband and baby daughter.