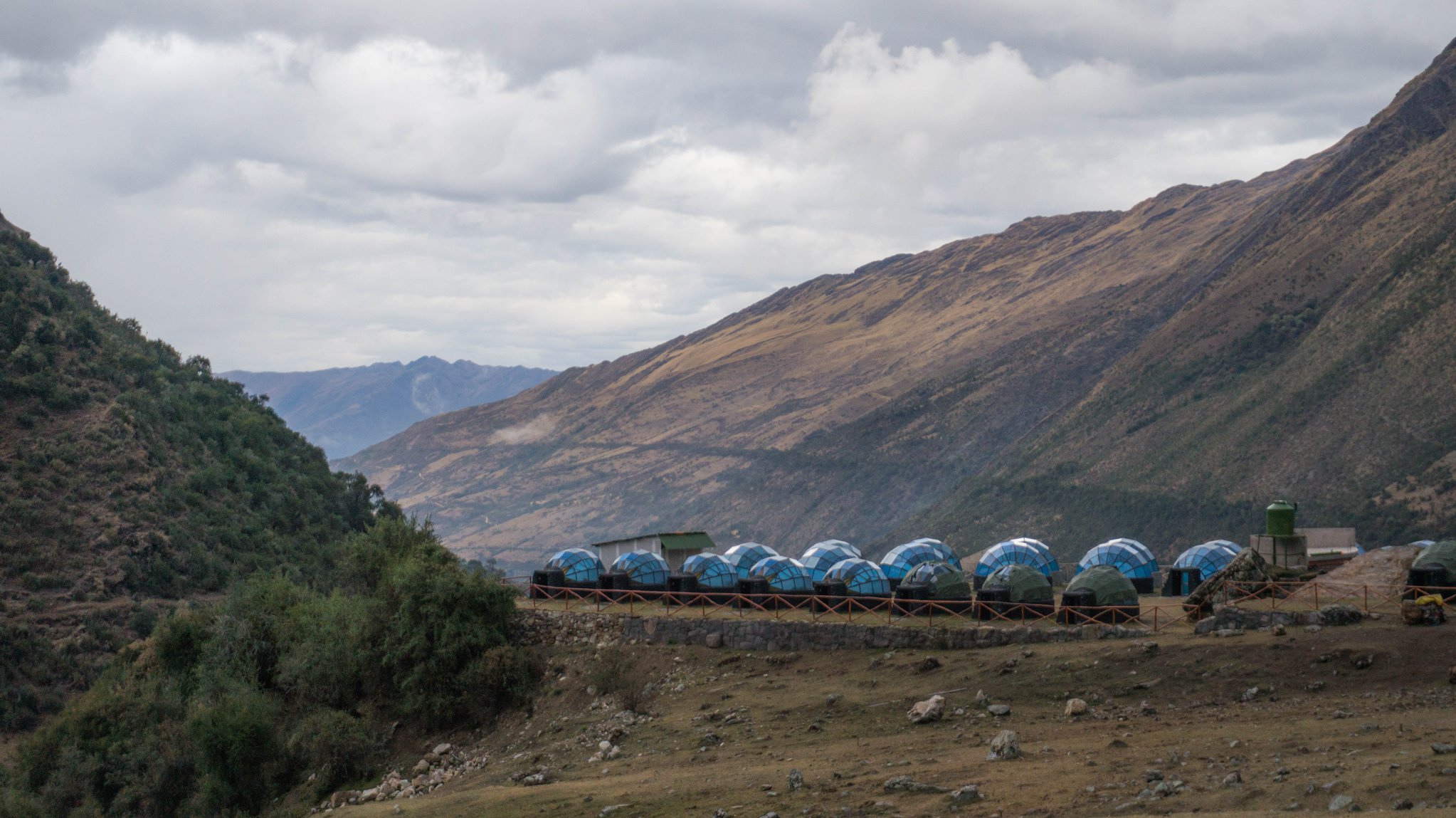 Meeting Pachamama on the Salkantay Trail

On an out-of-the-way hiking trail in the Andes, an American traveler gets a helping hand from the local deity.

“First, we give to Pachamama,” Chachi said, opening his bottle of orange soda and pouring a capful onto the dry ground below. “Always Pachamama first. Then we can drink,” he instructed, taking a swig. I frowned at the waste, watching the soda soak into the dirt. “Now we walk.”

It was our first day on the Salkantay Trail, the Inca Trail’s lesser known sister that runs through the Andes Mountains, leading trekkers to Machu Picchu. We had only just begun, but our lungs were smoldering with invisible coals, causing us to gulp at the air to catch a bit of the oxygen found in scarce quantities at this altitude.

“You need condor pee,” Chachi stated as if it were the most obvious suggestion in the world. We looked at his face for the hint of a joke, but there was none. He chuckled. “We call condor pee because of color. Here…”

He pulled a small bottle of yellow liquid from his pack and poured a small puddle into each outstretched palm. He rubbed his hands together and covered his nose and mouth, demonstrating what we needed to do. As my hands covered my airways, a strong scent of alcohol and herbs brought tears to my eyes but relief to my lungs. I imagined each little pocket of air in my chest opening up, deflated balloons receiving air from the condor pee pump.

The ingredients in the “condor pee” came from nature. It was a gift from Pachamama, and we soon learned that it was she we would have to rely on during the five days of our trek. There were no hospitals out here, no shops selling altitude sickness pills, no hotels where we could rest for a day or two if our legs gave out. It was only us and Pachamama, and our ability to finish this trek would depend completely on our endurance and her generosity.

Pachamama is a Quechua concept that is similar to the West’s idea of Mother Earth. For the Quechua, Pachamama is a female deity, the creator and protector of life, and must be respected under all circumstances. Chachi explained to us more than once that Pachamama feeds off the energy we give to her, to nature.

“We need sunny day tomorrow, guys, so smile at Pachamama today,” he told us. “Smile at the sky, and maybe Pachamama gives us sun tomorrow.”

But when Chachi knocked on the door of my dome at 4:45 the next morning, the skies were heavy, pushing fog into the valley. When the sun tried to poke her rays through the humid air an hour later, she only succeeded in giving a faint glow to the grey, cloud-soaked sky overhead. The breath flowed painfully from my sore lungs, mixing as white waves with the fog around me as I stepped outside. It was cold, and Chachi told us Pachamama might give us snow. She wasn’t as happy as we had hoped.

We moved along the trail, me and two other companions on horseback due to asthma or injuries. The horses stumbled slightly against the strong winds and turned their faces against the tiny bullets of snow incessantly crashing into their eyes and ours.

The next three hours took us along a part of the trail known as the Seven Snakes, named for seven curves that wind steeply up the mountainside. It is the most difficult part of the trek, but it offers the reward of gazing upon the sublime Salktantay Glacier at the top.

As we turned a corner at the top of the Seven Snakes, we glimpsed the glacier, its wide mass of ice draped between two peaks like the body of a boa constrictor. At about 15,000 feet (4,600 meters) above sea level, the air here was thin and cold enough to cut through five layers of protective clothing.

Chachi had instructed us to greet Pachamama upon reaching the top, but I didn’t know what that meant—none of us did—but I thought I should try because maybe (maybe?) it would mean nicer weather in the days ahead. I pulled my scarf over my nose and mouth against the cold and closed my eyes, letting the raw wind knock against my eyelids and cheeks. I calmed my breath and thoughts. And I heard her.

I heard her in the murmur of the wind dropping off the glacier, in the muted crunch of the rocks under my feet as my body swayed, seeking balance, in the impatient neighing of the horses, muted by the gale. And I heard her in the breath pulsing slowly against my scarf, a breath that grew faster and heavier as I opened my eyes, readjusted my pack, and headed down the other side of the mountain.

After lunch that day, sitting under the warm sun that lit our entrance into the rainforest, the first drops from my refilled water bottle found the ground, creating a dark line like the curve of a smile.