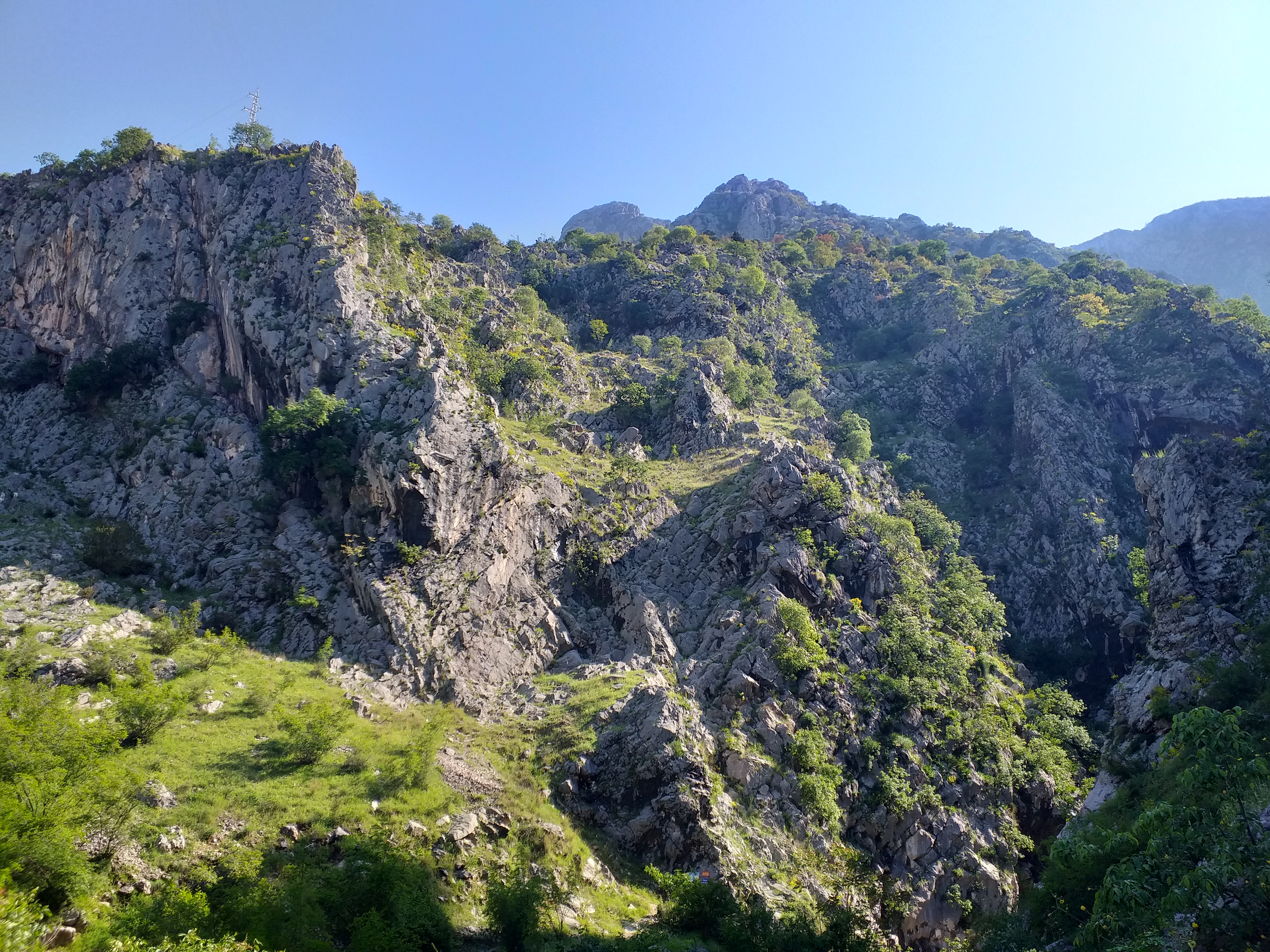 After a day of paddleboarding on Montenegro’s Rijeka Crnojevića, a traveler makes an unlikely friend who offers her a piece of the river itself.

I launched my stand up paddleboard from the riverbank, the air around me seasoned with the sweet scent of wild mint and sage. Drifting along on clear water, the gentle flow of the Rijeka Crnojevića carried me past a field filled with disinterested cows, the large metal bells around their drooping necks clanging dully as they went about their mid-day munching. All around, hundreds – perhaps thousands – of lily pads bobbed up and down ever-so-slightly on the little waves made by my paddle strokes, their white and yellow blooms popping against the otherwise overwhelming greenness of springtime in Montenegro’s Lake Skadar National Park.

Entering a sweeping U-bend of the river, I meditated on my good fortune to be there in that moment, experiencing this place as I was. Instead of squinting down at the serpentine river from a car park high above, I was actually on it, part of its gentle dance. There were no other tourists, no cars or buildings in sight now that I was far from where I had set off on my aquatic adventure. Gliding alongside pygmy cormorants, hovering above schools of fish darting to and fro, and occasionally getting tangled up in the swaying greenery under-paddle, I gawked at emerald mountainsides all around me, their curves and edges echoing only with the sounds of springtime birdsong.

As the river drifted, so too did my mind. For a while I stood still, my paddle limp in the water. Newly-brewed memories from my past few weeks in Montenegro during this first visit to the Balkans trickled back into the forefront of my mind. That first glimpse of Mount Lovćen and the Njegoš Mausoleum atop its summit as we stepped off the airplane at Tivat. Spotting delicate wild orchids and stumbling upon crumbling Austro-Hungarian fortresses on hikes in the countryside of the Luštica Peninsula. The kindness of strangers, who time and again had sought to make my stay in their country as pleasant as humanly possible. Freeing my paddle from a twisted knot of submerged stems, I returned to the present and propelled myself onward, further into the unknown.

After several more hours, my arms had grown heavy with tiredness and my pace slackened. My time with the river was drawing to a close, just as my Montenegrin meanderings were, too. I turned my board around and headed back upstream. It was harder going against the current, but the wind had picked up by now, and with it at my back, I was able to reach the sweet-scented shore once more before exhaustion set in. Having packed up my borrowed kit now, my ride pointed us in the direction of Cetinje, the old royal capital of Montenegro. As we wound our way by minivan up the road through the karstic, forest-crowned landscape, I spied something unexpected – on a somewhat precarious ledge at the side of the road there was a small stone hut, a man, and a multitude of wine bottles and glasses on every wooden surface in sight. He beckoned to us, smiling. Curious, we stopped.

The man beamed broadly at us, his skin wrinkled by both sun and time. Although he seemed not to speak any English (and I could not speak more than a few words in Montenegrin), he greeted us as though we were old friends, neighbors perhaps from the other side of the mountain. He gestured for us to fill our glasses and drink up. There were glass bottles and plastic jugs brimming with liquors made from cherries, hazelnuts, and figs, as well as a local red wine called Vranac. Our jovial roadside host kept our glasses filled and the hut echoing with laughter until finally it really was time for us to go. Backs were slapped, hands were shaken, and cheeks were kissed. As we turned to leave, our new friend gestured to us once more, this time seemingly as if to say ‘wait.’ He ducked inside his hut, returning quickly to us with something small tucked under his arm. In a moment he had placed the small something into my hands. He looked hopefully at me, waiting for my reaction to his unexpected gift. Slowly, I peeled back the brown paper, revealing a satchel filled with tea-making herbs, recently picked and dried. I leaned in, inhaling deeply. In an instant, both my lungs and my heart were full as the now familiar smell of wild mint and sage scented the air around me once more. 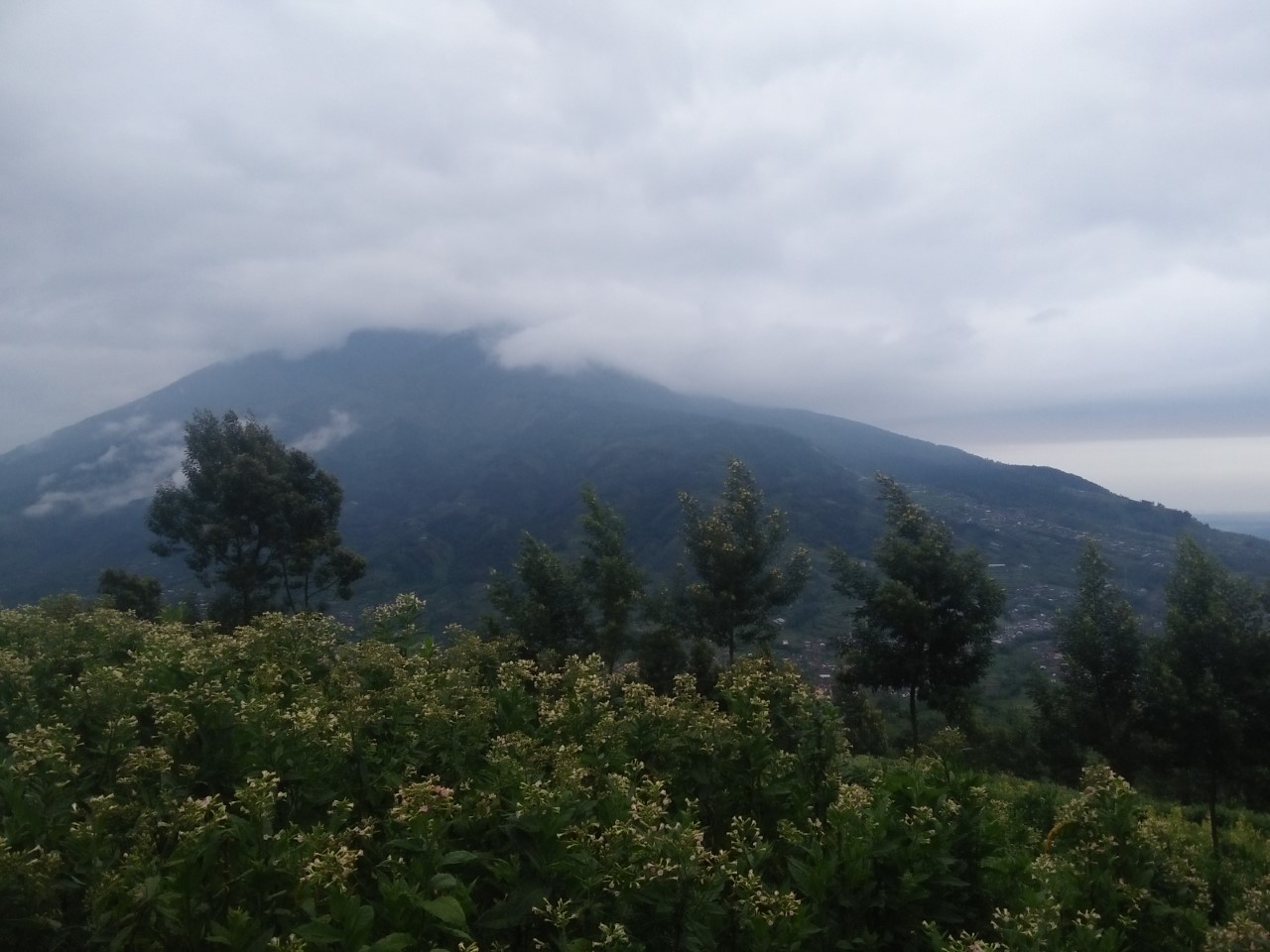 Megan is a Texan living abroad in the UK, adventuring around the world. Follow her wanderings and wonderings via Instagram @insta.meg.ram.