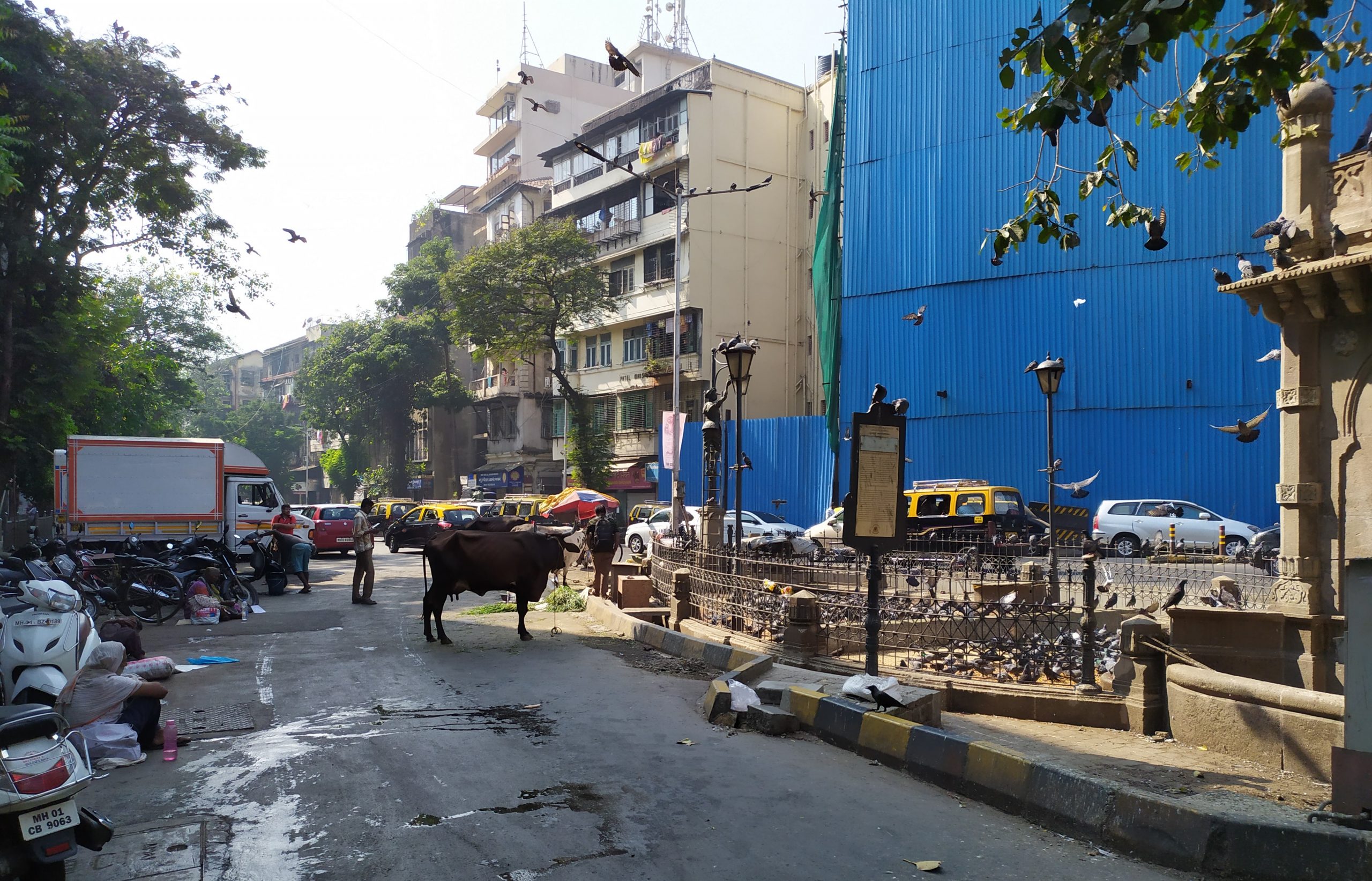 Assault on the Senses

A writer attempts to describe the intensity of India while avoiding the ultimate cliché.

When the journalist Christopher Hitchens went to Prague during the final years of communism, he made a promise to himself: No matter what happened while he was there, no matter how strange, he was absolutely not going to mention Franz Kafka in any resulting article. Every Western journalist who had visited Czechoslovakia during those days had found some way to insert the phrase “Kafkaesque” into their copy. It had become a cliché. And Hitch hated cliché. In Prague, Christopher attended a meeting with the then dissident Vaclav Havel. The police barged in and slapped everyone in handcuffs.
“You’re under arrest!”
“On what charge?”
“We don’t have to tell you that.”

“Fuck” recalled Hitch. “Now I have to mention Kafka.”

It seems absurd to compare the small Central European former communist state with the South Asian behemoth of modern India, but a similar phenomenon applies. Everywhere you look — from guidebook to travel narrative, you see the same phrase popping up: India is an “assault on the senses.” I don’t know who first came up with this aggressively vague term, but he or she has surely done more to harm travel writing than Eat Pray Love and the Lonely Planet combined. Like tuk-tuk drivers, basmati rice and Delhi Belly, the phrase is inescapable. It’s everywhere you look. Online. In print. It even comes up in conversation. Intelligent, worldly and articulate friends who had traveled extensively in India would gaze off into the distance when I told them about my upcoming trip and say, “Yeah, mate. India. It’s an assault on the senses alright.”

Choose a country at random, tell a friend you’re going there for three weeks, and you’ll be met with something like “Wow, quite a trip!” Except for India. “Three weeks? You’ll hardly see anything!” Well, three weeks is what I had. And during those three weeks, nothing was going to induce me to use the words “assault” and “senses” in the same sentence. I attempted to inoculate myself through literature. William Darymple, Ruskin Bond, Paul Theruex, V. S. Naipaul, Ramachandra Guha, Jhumpa Lahiri. They set the bar high. Perhaps too high.

I returned home, head spinning with experience. And I tried. Believe me, reader. I have not failed for want of effort. Doc after doc was opened on my terrified laptop. Introduction after introduction was written. The tantalizing titles… Midnight in Mumbai. Across Rajasthan by Uber. The Ghosts of Goa… Then the setting of the scene. The intrigue. The mystery. The challenge to be overcome. The imagined reader was hooked. I turned on the tap and the words poured out…. For about a paragraph. Then the stream sputtered, shuddered, gurgled and ran dry. Again and again I ran against that phrase. “Assault on the…” No. I won’t do it. India, you cannot make me.

We sat by the side of the road in Jaipur, perched on a concrete staircase, backpacks clutched before us, hiding from the relentless attentions of a tuk-tuk driver who seemed to have taken up residence in our hostel. Our eyes scanned the frenetic, chaotic, screeching street, reading license plate numbers, looking out for the driver who was going to take us across Rajasthan to a smaller town some 250 kilometers away.

The Uber arrived. We threw our backpacks in the boot. Hopped in. “Bharatpur,” I said, confidently. This was the destination we had put into the app, yet it seemed to come as a complete surprise to the driver.
“Bharatpur?”
“Bharatpur.”

I showed him the figure on my phone. He seemed satisfied. “Ji. Ji. Ok.”

The driver battered his way through Jaipur traffic while chewing on tobacco and conducting a never ending series of phone calls that all seemed to end with the word “Bharatpur” and a cackle of laughter.  What is it about taxi drivers, I wondered while staring out the window. No matter where you are in the world, your average taxi driver will always have more urgent business to deal with on the phone than any given CEO, celebrity, world leader or deity.

We popped out of traffic and into one of a series of toll booths. A large green sign declared the exemptions from the fee: “1. President of India. 2. Vice President of India.” I searched in vain for “3. Weary tourists who need a shower.” It was not to be. At each stop we locked the doors as beggars — mostly kids wailing on instruments or old, blind men, banged aggressively on our windows. The driver shouted various small figures at us each time with an arbitrary specificity. “65 rupees!” I dutifully counted out the sums. The Uber app had warned me this would be so. It had not warned me that I would also be expected to pay for petrol.

We pulled up at a gas station. “One thousand!” the driver said.
“Sorry?”
“One thousand rupees! Petrol.”
“No, you pay for petrol. I pay Uber fee when we arrive.”
The driver shrugged, smiled and took out his wallet. Situations like this were common — a taxi driver would come up with some bonkers scheme for getting more money out of you — asking you to pay for petrol, trying to fill the private cab up with other passengers, taking a detour to a restaurant run by his mate — but if you resisted firmly, the matter would not be pushed. He was just “having a crack.” The journey continued.

Further out of Jaipur, the traffic thinned and suddenly we were able to notice things. The young man standing alone on a trailer pulled by a camel, one eye on the road and the other on his smartphone. The small trucks whose open trailers were packed with people huddled up in blankets, staring at our white faces in the window. The ubiquitous cows lumbering along the road, and now occasionally a dead one, struck down in its bovine prime.

Our first night in India had seen us smelly, jetlagged and disorientated on the streets of Mumbai. Of course, we found a bar.

The place was empty but for a young man belting out warbling Bollywood tunes into a rickety microphone. We stayed and the place filled up. We were the only foreigners and soon were adopted by the neighboring table. Young professionals from Mumbai, three men and three women sat on opposite sides of the table. They effortlessly switched their conversation to English, welcomed us, and gently steered the conversation away from my earnest, searching questions towards normal, everyday topics.

We mentioned the Bollywood hit, Kabhi Khushi Kabhie Gham, and immediately made friends for life.

“Where are you going in India? I will organise everything for you!”

“I must have your WhatsApp!”

Spilling out into the street some hours later, one of our new friends wanted a cigarette, but there were no open stores. They asked another well-dressed group of Indians exiting the bar. “Where can we buy a cigarette?”

They pointed to a shabby man sitting alone on a motorbike in the middle of the pavement.

We approached in a pack.

The man stood up silently, opened the seat of his scooter, and took out an open pack of smokes.

Our new friend handed over a couple of coins, took a cigarette and lit it with a lighter attached to the motorbike on a string. We bade an affectionate farewell and started walking back to the hotel.

The streets seemed quiet and empty apart from softly prowling dogs. But then we looked down. All around us, on every corner, under every street, were the street sleepers. Men and women. Mostly old. And not derelicts like you see in Europe. These people were… kempt. Many were covered head to toe in luridly colored, diaphanous sheets. No mattresses. No blankets. The nights were warm and clear and many snored contently under the Mumbai sky. We weaved our way through them and somehow navigated back to the hotel.

The next morning, sounds of construction blared at us from all angles. I set out alone. It was hot. The sun awoke a thousand exotic smells, some pleasant, some offensive. A side alley appeared to be on fire. Locals walked calmly out of the fumes. One shook his head at me “Fire. Very bad. You want Mumbai tour?” Opposite a Parsi temple was a small metal warehouse. I entered. The smell almost knocked me out. It was like being punched in the nose by a man who had spent the last month bathing in a zoo’s sewer tank. Out of the gloom, pieces of meat appeared, dangling from iron hooks. Voices became apparent, old men haggling over fruits and organs and fish. A man headed straight towards me at high speed. In each of his hands he held four or five live chickens, swinging by their feet, twitching and squawking for mercy. I stepped outside into the brutal sunlight and almost collided with about a thousand motorbikes coming at me from all directions.

No, India. I will not say it. Not this time.