During a trip to South Africa, a woman has her eyes opened by a group of volunteers who spend their days restoring sight to the blind.

“Are you Ilse?” asks a middle-aged man with a worried frown on his forehead.

“I am… if you are James.” I say with a cheesy grin. I had no idea who to look for. All I knew was that someone by the name of James would collect me from East London Airport in South Africa.

He quickly identified the rest of our travel party, and we made our way to the airport parking lot. The Jeep was packed to the rafters and I hopped in, along with the strangers. We traveled north, past Butterworth and Qunu (famously known for being the hometown of Nelson Mandela) towards Mthatha. We then headed back down in a south-easterly direction towards the seaside village of Coffee Bay, our base for the week.

The rolling hills of the Transkei make you enter your deepest thoughts, even if you don’t like your thoughts to travel so deep. The landscape is dotted with green, pink, blue and turquoise mud huts as far as the eye can see.

Animals are the Xhosa people’s pride, so they roam the streets (and national roads, for that matter) freely. The potholes are dangerously deep, and when you see a stop-and-go sign at a section of road works, you must keep in the back of your mind that it is only a suggestion and that there is probably no one officially manning the road.

All the while, the vehicle rattled and shook, and I imagined the people in the car behind us was finding the five bobbing heads quite amusing as James tried to dodge those potholes, sheep, goats, dogs, cattle, geese and all the other animals evidently trying to commit suicide.

I had never been to the old Transkei (an extremely poor region in the Eastern Cape of South Africa), so arriving in the dark had me excited. I love waking up in a new place, opening the curtains and seeing what awaits outside as a new day dawns. From my bedroom window the next morning, I spotted schools of dolphins frolicking in the waves, whales spouting water through their blowholes, and dark clouds rolling in.

Why did I find myself here in this random moment, in this random place? Well, I had spontaneously quit my job as a business journalist to travel and chase more stories that spoke to my heart, stories about real people that would never be heard if someone didn’t make an effort to get out of their comfort zone and find them.

This trip would be a first-hand experience of traversing the rough Eastern Cape terrain to get to the rural clinics. A team from an NGO called Grace Vision visits these clinics twice a month to do free eye tests and identify patients who need spectacles or cataract removals. I found it intriguing how they sacrifice and serve the poorest of the poor, not motivated by money but solely by the fact that they could change people’s lives for the better. I was all too excited when they were open enough to allow me to tag along.

The team explained to me that ten years ago, not one child was wearing spectacles in schools, and children with visual impairments were further disadvantaged. With permission from the Department of Education, Grace Vision began a screening programme in rural schools in the OR Tambo area in the Eastern Cape. The mandate from the Eastern Cape Department of Health was to service deeply rural areas, so the NGO started visiting the clinics as well as schools.

The hired minibus, big enough to fit us all, was initially a bit more comfortable than the Jeep, but it wasn’t long before my lower back started feeling the brunt of it. Not only that, but the heavens opened and soon dirt roads became mud baths. I tried not to panic as our driver tried his best to get our stuck-in-the-mud wheels free while keeping us from rolling down the mountain. I wished for a moment that I could get them a proper 4×4 vehicle sponsored, or better yet, a helicopter…

When we arrived at the first clinic, there was already a queue of people waiting outside the Grace Vision truck, most of them wrapped from the waist down in thick, colourful blankets in an effort to keep the cold out. How did they all know today was eye screening day? The team explained that locals in the surrounding area find out through word of mouth that the truck will be in a specific area, so they spread the news to friends and relatives, and they all come from afar.

Life was so different here. It didn’t even feel like South Africa anymore, but rather as if I’d entered a time warp. For the most part, there were no luxuries, not even the average shopping mall or supermarket. Nothing was within walking distance, yet everybody walked because there wasn’t an alternative. Few people had cars, and if they did, their road worthiness was evidently questionable. But at the same time, it seems joy abounds, especially in children. How they were able to find such happiness in their everyday tough situations was astounding, and I broke out in spontaneous laughter just watching them laugh at each other.

After filling in forms and having proper eye screenings done, the patients were sent home. If they were diagnosed with a cataract, they were booked in for surgery the next day at Zithulele Hospital in the OR Tambo district.

The ophthalmologist explained that cataracts are a normal part of aging, but if they aren’t diagnosed and removed, it can quickly result in a person going blind. A mother or grandmother going blind usually means one of the children needs to leave school to help around the house, to clean, cook, and fetch firewood and water. This results in many children not getting a proper education.

The ophthalmologist allowed me to sit in on two surgeries as he explained what was happening. It’s a fairly simple surgery which takes about five to ten minutes under normal circumstances. In a government hospital, it’s a miracle if three cataract surgeries happen in a day. This team, on the other hand, does up to 20 operations in one day. It’s staggering. Here in a truck, in the middle of nowhere, there is a small group of people restoring the sight of up to 50 people every month. Talk about productivity.

I smiled broadly as I chatted with a man coming out from his surgery with an eye patch over his left eye. He put on his shoes, looked up at me, and said: “These are a size 10, but I actually wear a size 8. I got them at a sale — R150 for two pairs! There were only size 10s left, but I got them anyway. Now I wear them to church because they’re the best shoes to shuffle in when I worship.”

As we drove back to East London after a week off the grid, my eyes wandered over the hundreds of pink and turquoise mud huts scattered across the hills and valleys. My thoughts scrolled through the beautiful faces I encountered — young and old. Then I find myself going over that age-old saying: “We can’t do everything, but we can do something”.

And there is so much to be done not only in this country, but in the world. There is so much suffering all around us, and it is probably one of the greatest sins to think our small efforts won’t make a difference. I, too, am guilty.

But here I saw the raw evidence of how a couple of people are using what they have to do one small, five-minute operation after the other, giving back sight and dignity to those who were helpless and dependent on others before. I saw how it is allowing teenagers to get back into school so that they can get the education they deserve and eventually qualify for good jobs that can sustain their own families.

It was a long drive back to civilisation, where rural life would begin to dissipate and bigger houses, malls, factories, and fancy cars would begin to line the streets. I not only had lots of stories to process, but lots of time to ask myself: “What can I do with what is in my hand?” 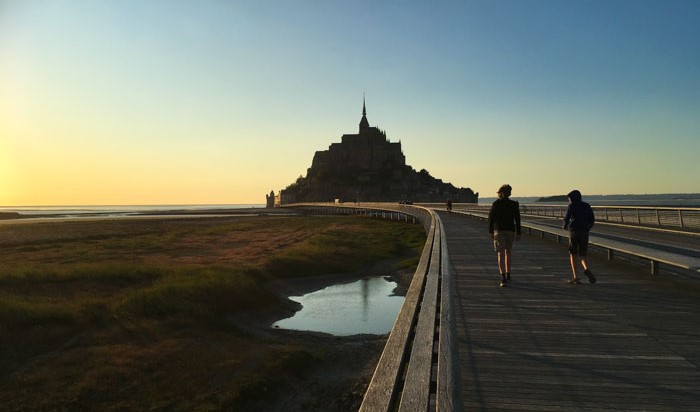 The Art of Sharing

The Art of Sharing

Ilse van den Berg is a South African freelance writer and editor with a passion for people and their stories. She believes stories are what shape us and that they also have the power to change us. She loves travelling as it enables her to visit new places, experience different cultures, and meet diverse people.