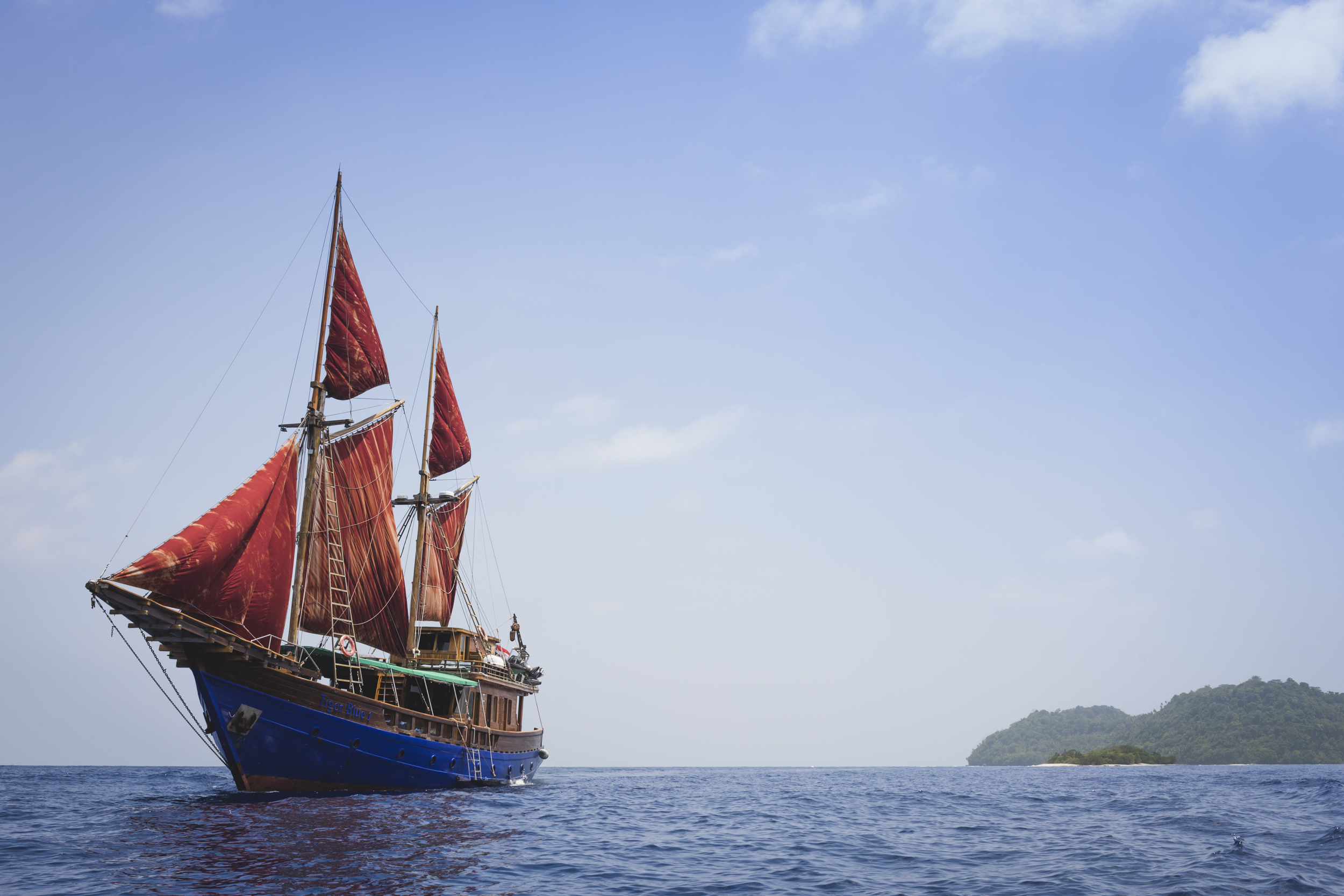 For the Love of a Dugong

In the second of three stories selected as finalists for the 2020 Chance Encounters travel writing competition, a traveler heading to the Spice Islands relays an unexpected encounter with an animal of mythological status.

Nothing says quite as much about the precarious relationship between human and nature as the sight of a man almost being raped by a dugong. One minute, we’re floating in a dinghy on peacock-blue water. The next, a six-foot dugong has sized our captain from behind and is prodding him enthusiastically with – well, let’s just say dugong physiology shares certain traits with elephants.

I’m on an epic journey from Maumere to the Spice Islands, through Indonesia’s famously unpredictable Banda Sea. Although these tiny geographical specks are often missing from modern maps, they were the subject of a bitter and bloody arms race between Portugal, Britain, and Holland in the 17th century, for they were the only place in the world where the elusive nutmeg grew, a spice that was believed to cure the plague and could be sold for more than its weight in gold. Aside from malaria, pirates, and often warring tribes, Mother Nature didn’t relinquish her treasure easily. The area is buffeted by trade winds so unpredictable that even the most experienced captains still come to grief. Tragically, earthquakes and tsunamis regularly decimate Indonesia’s most vulnerable communities – the most recent the night before we set sail.

When we board, I eye the ship with suspicion. It’s a traditional phinisi, salt-stained and with a tendency to groan like an arthritis sufferer in the slightest wind.  However, the first few days of the trip are deceptively calm. I lie on the stern somewhere between waking and dreaming and watch a pod of dolphins frolic in the slip stream. Coral reefs are bright as a rock festival in the 1970s, with fish like flower children dancing between psychedelic coral. In afternoons as long and lazy as the school holidays of childhood, we devour strips of freshly caught tuna sashimi, and at night the galaxy envelops us like a fleece blanket.

When we drop anchor in a bay between a sand spit and an extinct volcano, I fantasise that we are the first people to ever set foot here. But Dolphi, our captain, quickly debunks this delusion. “Look, over there,” he gestures with a hand the texture of walnut shells. At the foot of the volcano, just visible above dense jungle, a spire of smoke snakes towards the sky.  “In the 1800s, a group of criminals were exiled on this island. Between the animals and the heat no one expected them to survive, but they did. They and their descendants live here still.”

More than 19 hours sail from civilisation in any direction, the villagers shelter from the searing heat in handmade huts and survive on scraps from the sea. “And marijuana. I’ve heard it grows freely all over the island.”

I beg to land, but Dolphi shakes his head darkly. “There’s a reason people choose to stay in a place like this. If I take you ashore, I wouldn’t bet on your chances of coming back.”

Two shadowy figures emerge through the haze and wade into the shallows. The ship’s signal crackles. They agree to let us dock for three hours in exchange for fuel and a sack of rice, and even tell us about a dugong who lives in the bay. They’ve named him Mawar (roses), and say we’re welcome to look for him as long as we don’t get into the water. A fishing boat killed his mate, the only other dugong in the area, a few months ago. Although naturally gentle, he’s so lonely he has since tried to pull fishermen to the depths to fill the void left by his companion. I remember hearing about a lion in a Czech zoo that was given a lethal injection for mauling its keeper. Mawar, it seems, is more forgiving.

The crew draw lots to decide who will come on the adventure. Although they’ve sailed these teeming waters many times, not one has ever seen a dugong. The dinghy sinks a few inches as myself, Dolphi, and three ship hands scramble aboard.

Sea cows (as dugongs are nicknamed) have near mythical status. According to local legend, they are the reincarnation of drowned women, perhaps because they breastfeed their young for two years ,and their reproductive organs have a strange resemblance to those of humans. Some think they may be the reality behind mermaid sightings, while their tears are believed to be the most potent love potion in the world.

Dolphi’s eyes shine like buttons as he scans the horizon. Saline water runs through his veins – he’s the seventh captain in his family. He flicks his hand in the water and calls, “Mawar, Mawar.” A curious oink answers. It’s the unmistakable sound of a dugong gasping for air. The crew laugh, hug each other, and prostrate themselves towards the sea mammal’s bulbous outline in a gesture of prayer.

Dolphi, unable to contain himself, dives in. The water goes strangely calm as he twirls on the spot like an aquatic ballerina. We wonder if the dugong has been scared off by this strange new creature in goggles and a snorkel. Suddenly, Mawar rears up almost vertically, dwarfing the slight Indonesian man who stares up at him with terrified eyes. With a tremendous splash, they disappear. The boat nearly capsizes as man and dugong tussle beneath it.

Finally, Dolphi’s hands manage to clutch at a rope on the side of the dinghy. He tries to pull himself up, screaming for help. Mawar’s flippers are wrapped around him like a vice as he thrusts enthusiastically at our captain’s rear end. It takes all three sailors to pull Dolphi aboard, where he lies on the floor, bruised and gasping for air. The dugong nudges the boat playfully and looks up at us with soulful eyes.

It seems that Mawar is not the gentlest of potential lovers. And yet, despite the murder of his mate, it is a version of love that he has offered us nonetheless. Perhaps the keepers at that Czech zoo should take note.

Imogen Lepere is an award-winning travel and food writer based in London – when she's not on the road. Whether living with a commune in Thailand, riding the Trans Mongolian railway, or sailing to Indonesia’s Spice Islands, her work is informed by her love of the bizarre and incongruous. Check out her portfolio here www.imogenleperewriter.com and her Instagram @imogenleperewriter