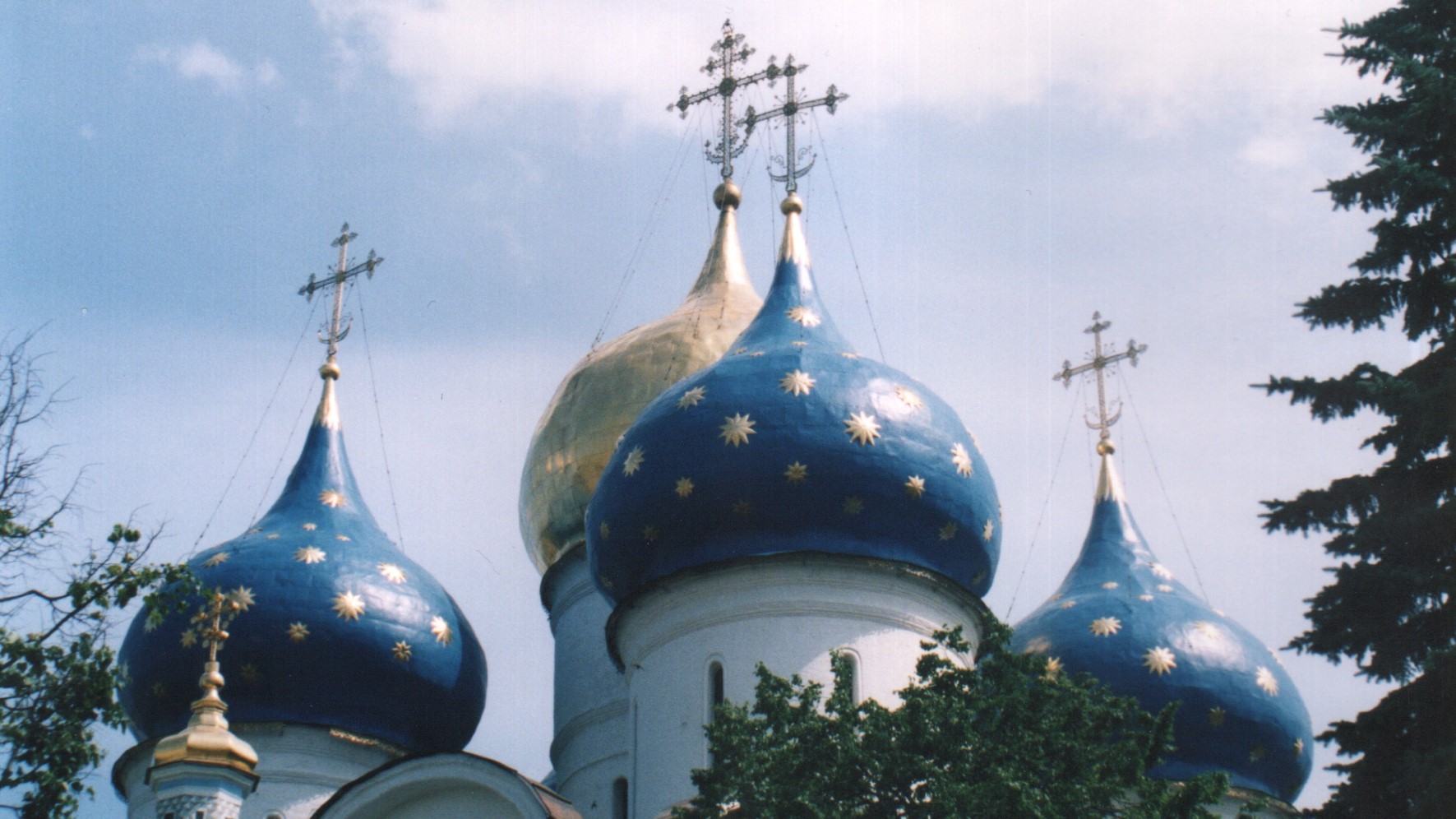 In the final story selected as one of three finalists for the 2020 Chance Encounters travel writing competition, a traveler making her way through St. Petersburg and Siberia witnesses the final days of communism in Russia.

“Here we have the harbour. This is where a very stupid person fired a shot in 1918 resulting in years of communism for us.”

This was not what I was expecting to hear when I visited St. Petersburg for the first time in 1991, even though times were changing fast. The city had just changed its name from Leningrad, and Magda the guide was looking forward to a new future. People were beginning to open up to western ideas, but there was still an undercurrent that Glasnost, the Russian attempt at openness and transparency, had not quite thawed.

It was a time when it seemed that everyone was on the make. From mysterious bottles of Russian champagne that appeared on the night train to Moscow to the tins of Beluga caviar stored under the average taxi driver’s seat, the savvy were looking to capitalise on the future. Even in Moscow’s Arbat Market the crafters had started making Matryona dolls with a small Lenin, including all the Russian leaders and ending with a blank outer case with a question mark.

McDonald’s had just opened in Moscow with queues two blocks long. People waited in line with anticipation at this shiny, Glasnost-style development. Inside was an experience like no other.

A Canadian diplomat was stocking up on milk for her child — this was the only place in Moscow where the quality was guaranteed. In a corner a wedding reception was taking place, such was the hype associated with the place. My burger was one of the best ever — and the whole experience from queuing two blocks away and eating took less than 45 minutes.

But it was time to move on to Siberia, and I was looking forward to the glamorous Trans-Siberian Express.

When the train rolled into Moscow, I moved forward to get into the carriage. As I stood in the corridor, a man in uniform stared in amazement. This was Boris the provodnik (conductor/guard), and he was not expecting tourists.

There really was something not quite right about the entire carriage. I was expecting the glammed-up version of the Trans-Siberian Express, but this was a tired-looking carriage with hard seats. The travel agency had booked tickets on the Trans-Siberian used by ordinary Russians and not the one designed for tourists.

With a growl, Boris evicted two drunk Russians from a carriage and sent them down the corridor to sleep elsewhere. He pulled down the beds, found sheets that had seen better days, and indicated this was our compartment. We were left for the night wondering how we would cope on this train for three days as it hurtled through the darkness towards Siberia.

In the morning, a small vase of wild flowers had mysteriously appeared in my carriage. Tea was being prepared on the samovar at the end of the corridor, and Boris was smiling, now bemused at the tourists on his train. The Russian taiga sped by, scenic villages came into view, and we became objects of curiosity for the people on the train. Most of the local Russians were not usually in such close proximity to tourists.

I swapped photos with two huge babushka women, dressed in layers of all the clothes they had, just like matryona dolls. They had huge jars of pickled vegetables and pulled out family photos to show me, nodding with approval as I found some of mine. There were loud drunk men, high on vodka that were swiftly shooed away by Boris after trying to speak English.

I became fascinated with the everyday routine of the train, the scenery from the windows, and the elderly babushkas at stations trying to sell food to passengers. My large volume of Anna Karenina, bought especially for the long journey, remained untouched. When we said goodbye to Boris, there were tears and hugs from the friendship made on the journey.

Irkutsk was full of people on the make as well, and even here in the depths of Siberia there was a feeling something would change soon. But what?

A group of Russian air force officers came over to talk to us one evening at the bar. An opportunity to practise English was a rarity to them and vital to their work. After yet another round of vodka, one of the officers looked me in the eye and said, “Things will change here soon. You will see.”

On another evening I got talking to a local black marketer, Ivan, who was also pimp to the prostitutes that collected in the bar, checking out the few tourists. An exchange was going on in the corner over how much yen to charge for an hour with one of the girls. The conversion rate worked out at 2 US dollars. But dollars and yen were hard currency that bought a way out of the crumbling state. The rouble was worthless in the eyes of these people.

Ivan introduced me to his girlfriend, a tall blond beauty named Sonia. We talked about makeup, what it was like to live in England, and Ivan’s business, which was destined to make a lot of money. The business was vague, always referred to as “Ivan’s business. I didn’t know what the business entailed until Ivan and his mate offered us bottles of vodka round the back of the hotel for a dollar. This was the government-run hotel’s vodka — and apparently they had a surplus.

Ivan’s boys were loading a van with boxes straight from the hotel back door. Anything that was government-owned was a justifiable target in their eyes. Times were changing, and fast. Sonia and Ivan wanted me to return to Siberia. “Come in winter. You can stay with us, and we will drive across Lake Baikal on the ice. Siberia is best in the winter.”

A boat took us across Lake Baikal to a yurt camp with basic conditions. The yurt was warm and cosy, a haven from the Siberian wind and rain outside. Washing was done in the icy river or the sauna. There were wild flowers everywhere, which the guide identified using an illustrated book full of exquisite illustrations of plants — it was actually about herbalism. But there was more to it than that.

“You know, that man, the one who wrote that book…he lives a few miles away on his research station. Why don’t you go and see him?”

So we found ourselves on Professor Telyatev’s research station, sitting in the barn as he told us why he wrote the book. The professor had trained as a medical doctor in Irkutsk, but with conventional medicine in short supply, he looked to traditional healing with herbalism. Using the wild plants of Siberia, he had built up a significant portfolio of medicines. Diabetes, heart problems, and nausea were just a few of the things he had treatments for, making them accessible to locals who had no other source of care. I asked him about cancers, and he said he had plants that helped with symptoms.

“This one here,” he continued. “That’s useful for radiation sickness, too.”

“Chernobyl is not the only place with a radiation problem in Russia. Just remember that.”

During the evening, the professor and his team came to the campsite for supper. They brought one copy of the book, which they gave to me as I had asked all the questions. I treasure that book still.

A month later, I was back in England. One morning I turned on the TV to see the news. There were tanks on the streets of Moscow, and the people were protesting. Something had happened — just as the locals had predicted.

Rachael Rowe is a UK based travel writer who has written walking guides and contributed to guidebooks. She has travelled the world and is fascinated by other cultures. Her portfolio is at www.rachaelrowe.com