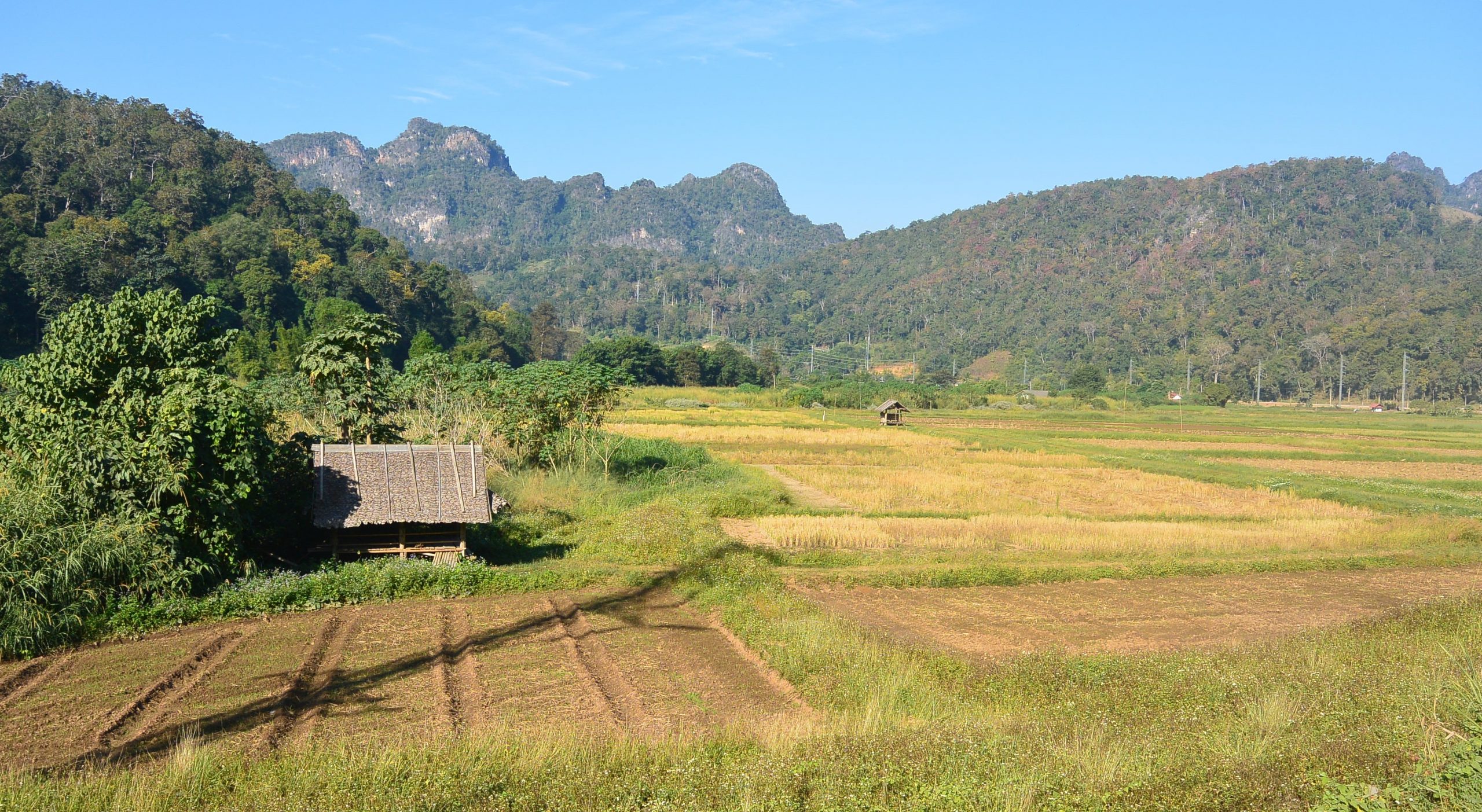 An unusual New Year’s celebration in northern Thailand offers a traveler a chance to reflect on the “devils” that haunt us, no matter where we go.

“Habits of mind and lifestyle do not change easily. Without noticing, we slowly slip into the routines of our lives, like becoming so accustomed to living on a noisy street that we cannot remember our previous neighborhood and a time of silence… We have sold our inner selves to the devil of speed, efficiency, money, hyper-connectivity, ‘progress.’”
-Dr. Alan Lightman, “The Virus Is a Reminder of Something Lost Long Ago.”

I had waved goodbye to the devil of the past when boarding a plane in St. Louis four months earlier. The devil of anxiety had followed me, but the Thai sun seemed to be draining its energy. The devil of fear accompanied me like child clinging to my back—annoying and heavy but something to be preserved if there was any hope of growth. The devil of speed, of hyper-connectivity…those, perhaps, were the devils I hoped to leave behind as I rode my motorbike into the Thai highlands at the end of 2015.

After three hours on roads spiraling through the mountains like DNA, I passed Pai, a town that was well-known and loved among young travelers for its promise of a return to the days of peace, love, and drug-induced hallucinations offering the bliss of waking up remembering nothing. I imagined a cloud of marijuana smoke congealing and seeping onto the highway in front of me as I passed and didn’t look back. Despite the recommendations of my friends, Pai wasn’t going to be my destination for this long weekend.

Thirty more minutes brought me to the Pang Mapha District of northern Thailand, one of many settled comfortably into the green foothills of the Himalayas, standing guard near the border with Myanmar.

Turning off the main road to get to Pang Mapha Cave Lodge isn’t a task for those prone to vertigo or unaccustomed to managing a motorbike in less-than-ideal conditions. The road goes from asphalt to rocky gravel and from flat to steep downhill as quickly as fire appears on a match. It was nearly night when I arrived, the December sun exhaling the last of its warmth through the vine-thick canopies as I released the accelerator, choosing instead to let gravity walk the bike down the path, descending without knowing exactly how deep into the forest the lodge was hidden.

The low chatter of strangers acquainting wafted into the parking lot on the glow of the lodge’s restaurant as I arrived. It was dinner time, and the adventure-seekers at the lodge clearly had stories to tell. Most glanced my way as I entered; some smiled; one said hello: a single female traveler arriving with bags on her back and under her eyes wasn’t news here.

I knew a funnel cloud when I saw one. Growing up in the Midwest had brought more than one tornado knocking at my door. But instead of the tell-tale roar of a jumbo jet, this funnel formed chirps and squeals, the wings of 300,000 swift birds flitting at the sky as they created the giant cloud above, descending like the tail of the tornado hundreds at a time into the nearby limestone cave.

Thai is notoriously difficult to translate into English, but the closest you’ll come to an accurate translation of Pang Mapha is “lime hill,” which undoubtedly comes from the many limestone caves in the province. We had entered one earlier that day with a local guide, snaking our bodies into what was little more than a crack at the base of a cliff, rolling over stones worn into smoothness, and ducking into a large cave whose only light was that of the guide’s lantern.

He could kill us here, and no one would ever know, I thought, the devil of paranoia seeking me out as I descended closer to its Hell.

“I want to turn the light off, if it’s ok. You can see real dark.” We nodded our permission, and I scolded the devil of fear as it wrapped its arms too tightly around my neck. What was there to be afraid of? We had seen the cave held nothing except our own chilled bodies. Could I not bring myself to share a few moments with the devil of nothingness, a devil so little met that I was no longer able to spend more than a few minutes in silence and stillness without feeling unproductive?

As the lantern clicked off, nothingness shot its heavy black ink into the space like a squid, releasing a stillness like that of a body in a coffin, and a lack of sound that left the ears feeling the sting of uselessness. Three sets of eyes rolled through the dark, looking for the thing that would come from the nothing without understanding that they had already seen it. What was, in reality, no more than a minute could have been hours or days or weeks in the space-time continuum. How would we have known any different?

He was burning. They’re early, I thought, leaning on the railing of the raised balcony off my wooden cabin and watching as small whips of orange and yellow began to wrap around his legs. My phone confirmed—it was only 11:50. Clearly, the revelers at the lodge wanted to make sure he was safely aflame when 2016 made its grand entrance.

Giant stick statues are generally considered gender neutral unless stated otherwise. However, that morning at breakfast, an Australian woman working at the lodge had informed me that it did, indeed, have an identity.

“I think they’re planning on burning Trump tonight,” she said, handing me my simple plated breakfast and smirking as I almost choked on my coffee. She pointed down the hill and through a row of trees. “They’re finishing him now.”

I could just make out the nearly 15-foot-tall structure of branches and twigs, all twined together to form a simple but unmistakable human form. I couldn’t say I was convinced it looked like Donald Trump, but I couldn’t completely deny it either.

“Everyone will be down there at midnight if you want to join,” she continued. I nodded, thanking her and hoping that the day’s kayaking trip would leave me with enough energy to socialize when the time came.

Instead, there I was on the balcony, watching the festivities from a safe distance, my mind preferring to ring in the new year in the peace of my own company instead of trying to befriend the devil of small talk. I had been putting in a lot of effort to meet new people; tonight, it was time to reflect on those efforts, appreciate them, and set them aside for a moment.

The election was still nearly a year away, but the backpacking community had happily found a source of rancor on which to unleash its youthful frustrations. I could hear their chatter on the beach of the river, mixing with snaps and pops as the fire began to eat away at Trump’s stomach.

I looked off the balcony and into the empty darkness below. By day it was a small vegetable garden that helped create our lunches at the isolated forest lodge. By night it was a black hole simultaneously swallowing and emitting the lilts, squeaks, and clicks of the forest birds and insects, their combined descant more graceful than the heavy refrain of the cicadas in southern Illinois.

It had been a fight to leave Troy—getting out of a small town always is. It draws you back, threatening you with limited experience, a single story of how the world works, the interdependence of a family and a community. The preparation to separate had taken years, but I had been in Chiang Mai for nearly four months now, living alongside the devil of loneliness to help in its transformation to solitude.

The devil of fear laid its head gently on my shoulder, whispering in my ear, reminding me that the world wouldn’t stop just because I had retreated from it. It pointed its liana-like finger at the fire, grinning with delight, watching as a new devil was born.