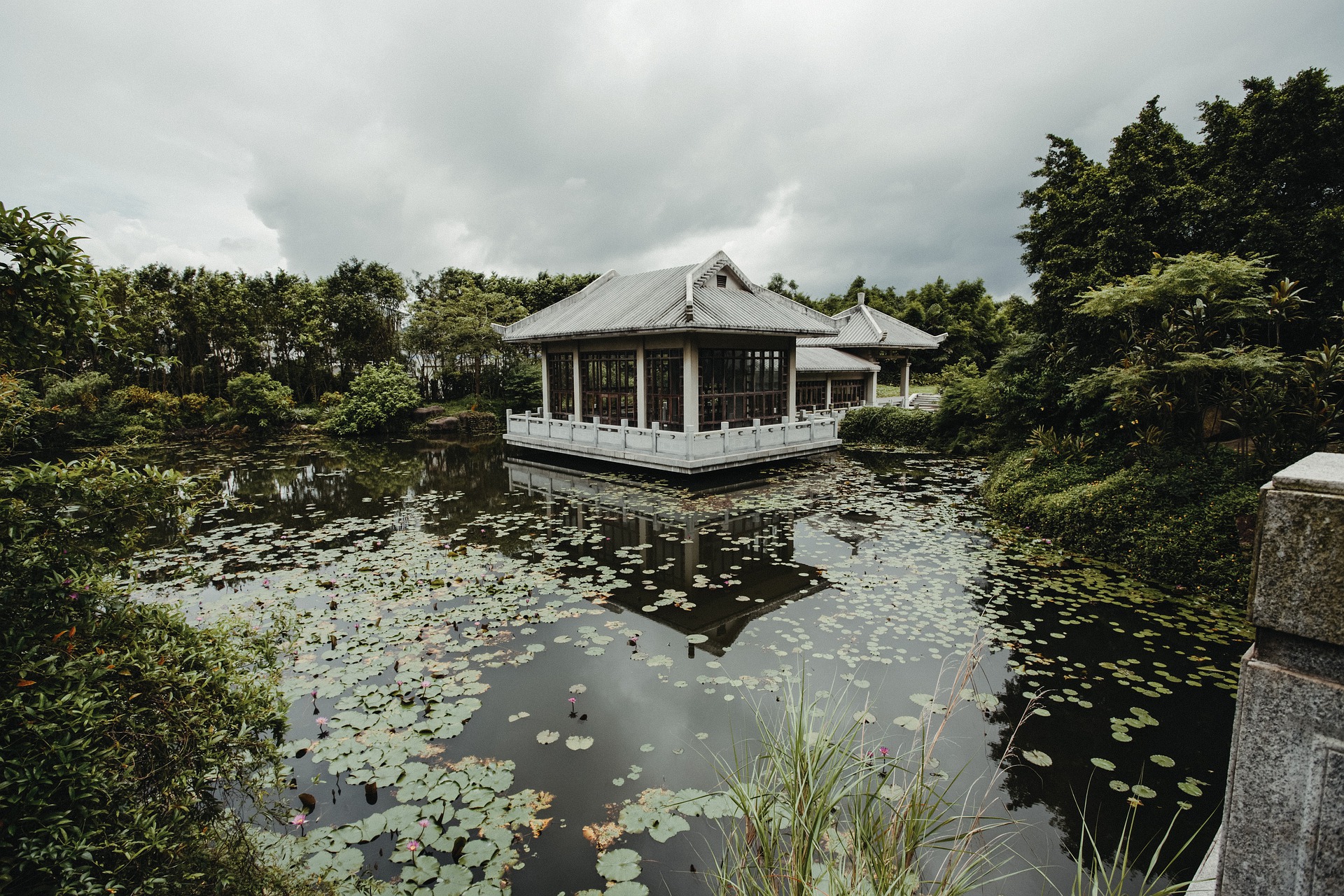 A thief unwittingly stirs up memories of a distant past. This story, spanning oceans and generations, is the winner of the Reunions travel writing competition.

At the end of the garden, I found my great-great-grandmother’s bento box, emptied of its contents. My burglar—yes, I felt possessive of him now—knowing my intimacies as he did, had gone through it on the ground.

The lacquer had split on the rattan, and it had lost one of the tiny flowers in mother-of-pearl inlay. I didn’t much care as I ran my fingertips over the lid. At least he hadn’t burned it for fun, as he had so much else.

Most of the jewelry had gone from inside: three filigree silver bracelets belonging to my grandmother, some rings, and my spinster great-great-aunt’s locket, with a miniature of an unknown gentleman inside. There hadn’t been much of anything to begin with, and now there was even less. He had left some cheap silver behind, a brooch and a Celtic knot ring, probably because they’d be hard to fence and weren’t worth the bother. I held them carefully, like precious, living, saved things.

I was briefly sad about my mother’s wedding ring with the engraving inside, an intricate inscription that is lost to me now. But, none of these were things I wore, and what I most cared about was the box and what was tucked in the lining of its lid.

My great-great-grandmother had bound feet, the jewel in the golden lotus, and in the lid was a tiny pair of floral embroidered slippers, made of fraying, fragile silk.

When I was a child and was first shown the delicate flowers, I thought of the story of the little mermaid. Forever after, I had confused thoughts of a tiny woman with a moonbeam face, combing out her seaweed dark hair and longing for her lost tail. For all the once rich embroidery, like the mermaid of Hans Christian Anderson’s story, she must have been forever walking on pins or broken glass.

She’d emigrated from China to Scotland in the early nineteenth century as the new bride of my great-great-grandfather. I thought in a small child way—half asleep at the holiday table and only half understanding the story, befuddled as I was by the commonplace discussions of mermaids, sirens, and selkies in our folktale family—that she might have swum alongside the ship that carried him home.

The real tale is far less fishy and more prosaic; she was part of a trade deal, of great value, as attested by her precious immobility, and the sole photograph that remains doesn’t suggest anything more. But, who can tell what lies below the stiff formality of Victorian sepia tones or even of bustling, crinolined skirts. Nothing came down to me from her but the slippers, the box, and a face as round as a silver moon.

I visited her birthplace once in what was then still Canton, tracking down a distant, widowed cousin whose only daughter of the one-child policy had also died. Someone in the family had made the effort to find and keep in thin contact with her.

We met at a railway station, me tripping over the modulation of the words but keen to try a small amount of Cantonese. I had tried so hard to learn from books and discs and sporadic evenings with the grandfather of the owner of a good flower boutique near where I lived. She, with rather more English. We both laughed about her American accent. She thought I sounded like that old lady from the Agatha Christie books on the radio.

We took a bus together and changed twice. It was an area of the city she hadn’t been to before. I had part of an address, and she had a map and persistence. People stared; I’m tall and clearly European. My cousin was not. But when we looked at each other, I could see echoes of my face in hers, and she clutched at my arm like something precious that had been returned to her.

When we reached the district we’d pinpointed, we stood outside a blank-faced concrete housing block. There was nothing left to see of the old house. It had been demolished, we were told. The whole compound. Fifty years before. Longer. My cousin regretted that she hadn’t known. That I had come all this way just for ghosts. We both looked around us and then, surreptitiously, touched the ground.

Later, when we sat in a tea shop, I showed my cousin the shoes, which I’d wrapped in the softest tissue, like a present to myself of fading memories. I’d thought to give them to her; I knew she had nothing from our family’s past except stories. She held them to her cheek and told me to take them back with me. China was changing again. Who knew what else might be taken.

That night I slept on the floor of her tiny, one-room apartment. We’d agreed one night would probably not cause too much trouble for her or me. I’d brought a tin shaped like a red London bus full of wrapped toffees and chocolates for the building attendant, just to help sweeten the way. The old lady stroked my hair, patted my face, told my cousin I was a good woman as she unwrapped a sticky something and tucked it into the corner of her cheek, sucking hard.

At the station the next day, my cousin gave me a small box wrapped in pretty paper. Inside was a porcelain cup, decorated with a monkey. My birth sign and hers, though she was older than me by 24 years. Her daughter would have been my age. I didn’t ask if the cup had belonged to her. Some things don’t need to be excavated to be seen.

On the train back to Beijing, I held the cup in my lap and thought of my great-great-grandmother and my cousin and the losses they had endured and the sacrifices they had both made over and over again.

In our house in the quiet Oxford suburb, the civilian officer from the police showed up to take a statement. He asked us for a list of all the stolen goods, tipping his chin up and wanting to know if anything important had been taken. I had to remind myself that he and I gave different mouth feel to the word “valuable.” I mentioned the missing jewelry, the gold mezuzah pried from the door jamb, and the good silverware gone from the cutlery drawer.

He wrote a long, important list. I sat with my hands held tightly in my lap, itching to grab his pen and re-write his notes, thinking of my cousin and my great-great-grandmother, and her bento box and shoes. And, of all the things we love and lose and remember as we can.

E. E. Rhodes is an archaeologist who accidentally lives in part of a small castle in Worcestershire in England. She writes a mix of creative non-fiction, flash fiction, and short stories. Her work can be found in a range of journals and literary magazines.