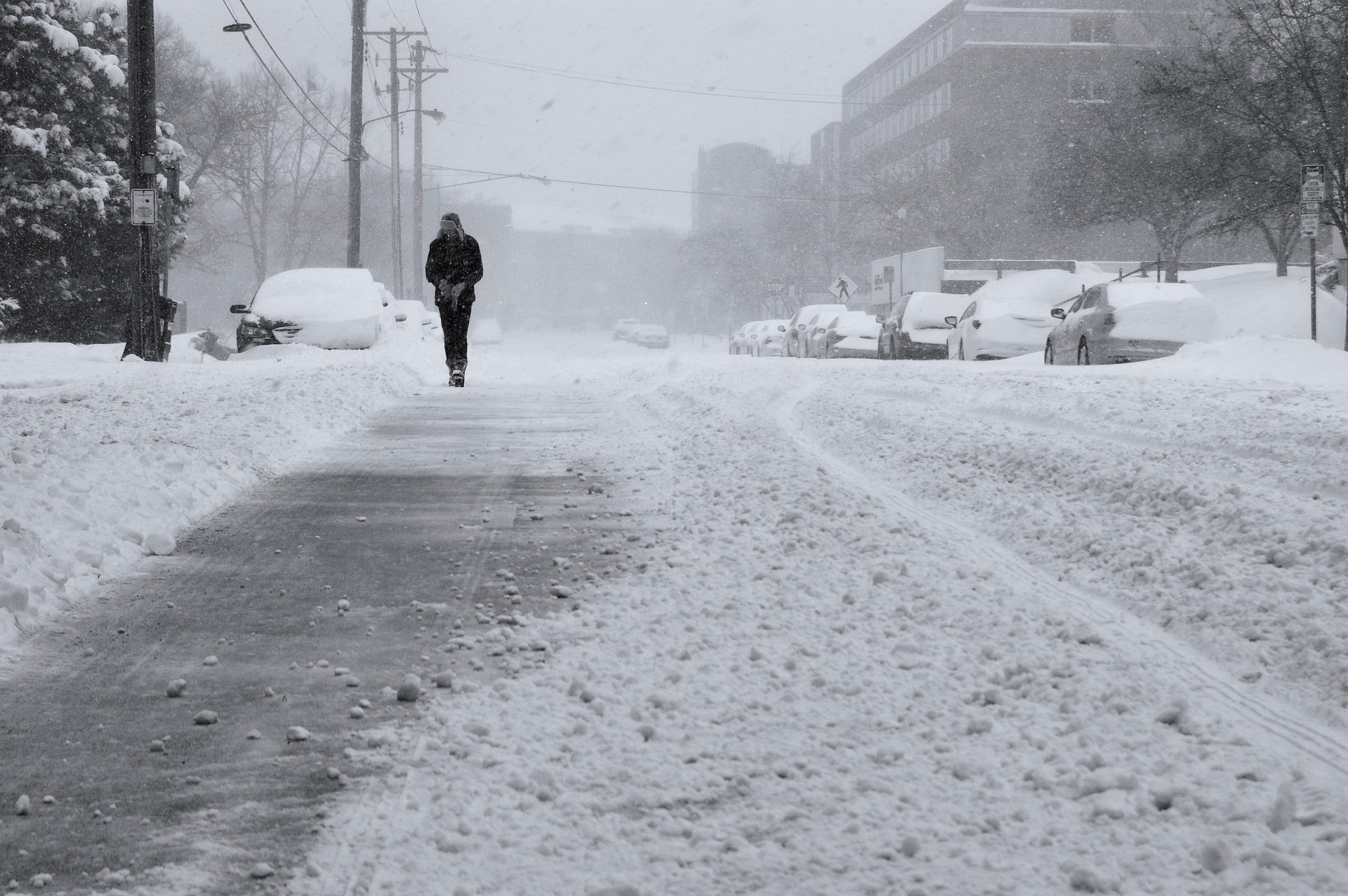 Hitchhiking Girl of the 70s

In this raw and gritty tale, a girl-on-the-run reflects on the dangers and daydreams that pursued her across the highways of Europe almost half a century ago. This story was chosen as a runner-up for our “Unexpected Adventures” travel writing competition.

I wish many times I had no memory of my journey to Amsterdam. I was a kind of Beat-girl, though I hardly knew that word in 1975. Or could it have been 1976? Anyhow. I longed so much to go see Vincent van Gogh because art was my true passion in life. I should, I told myself, go on the road by thumbing. Hitch-hike for sure.

There was nothing that could stop me. I was as innocent as a rose in bloom, and I knew no lie. My ancestors were of Sicilian, Viking, and Polish stock. Stubborn and straightforward. Honest. No cultivation could buy them.

And a sailor has to roam the seas, as Vikings did. That was about as close as I came to the spirit of the southern coast of Sweden. Had to go. Had to ride off to a foreign unknown place, no matter how dark, sulky or unknown. A bit of a thing within me that got nerves on the run. Eager to take any turn, although I was young and had no clue about jobs or working my ass off. I had an ass, I know that. But see, when Vikings got onboard on their ships, they had to pee in the ocean. That is what toilet-business meant to me. Gotta serve the sea my spit, sweat, blood and pee.

I grabbed my bag. And this time Mom knew it. I had been off before. To Copenhagen. And a youngster´s magazine had written an article about it. The local press wrote about it. The girl who hitch-hiked to Copenhagen and slept one night in a city-toilet. No big deal.

I stood there beside the road, letting out my daydreams, like the sky was awaiting my highest ideals of sympathy and solidarity. A free soul has to meet other souls. So off on an adventure was I. On and on.

Cars rode by. They came and went in an ongoing stream, like it hit the stream inside my daydreaming. Me and the road were one. Janis Joplin? Or the streams of Modernism? Let it all come without restrictions. On the go for sure…

I stood on my second journey of life, thinking about a Chris Christofferson song. About somebody roaming America. Must have got into me. The song about hitch-hiking to getting to know freedom. My Sweden was a place so common to me that it gave me nothing. Had to get to Europe to learn about freedom. One car stopped. On again. Conversations about nothing really. About Copenhagen. About what my dad did. What schools I´ve been to. And talks about the music on the radio. Next stop. Next car. Off and on.

I felt a relief from not having to take care of other peoples’ opinions or things or objects. Just my sailor´s attitude. Had to be a girl on the run. My own Janis Joplin. Desperately me in a freedom unknown to the world.

I think it must have been late when I came to the port. Took the ferry to Germany. Did not bring lots of money with me. Figuring out I could beg when I came to Amsterdam. Had done that before.

Late that evening I arrived at Hamburg central station. I got an address in my pocket. Knew where to find the youth hostel. Rode the subway. Ended up in a remote place. Paid my bed. Spoke to none. Went back to the center of the city to grab myself something to eat. Met a boy from former Yugoslavia. We had a weird conversation. He had that mild hippie look. It looked secured. Like an Indian from a past life. Honesty. Solidarity. His clothes talked democracy and peace. I had no further thoughts about it, but peace-loving me felt inspired by the evening´s splendor and the lights from the city and neon all over the place. Nothing to be afraid of, I thought.

I followed him to his place. No big deal. What´s a deal in mankind´s history? And besides that, I was not fully aware of how to be innocent and trust a hippie look. For sure. No big deal. Did not figure out things beforehand. This innocence was a charming habit I had got from Sweden, as we had not been at war for two hundred years. Innocence spoke all over me. A target. Another person´s aim. Somebody´s…victim? Or, no?

His room was down-floor. Awful place. Poorer than poor. My impression of Germany sank like a stone in my heart. He gave me some wine. Awful taste. He went on with his discussion about us needing each other. I saw nothing. Heard nothing. Was not even afraid.

Suddenly, he had me on top of his bed, so fast I could not figure out how it happened. He on top of me. No fear. No nothing. No pain. It was over in five minutes.

Afterwards, he followed me to the central station. Gave me some dirty jeans. As a token, a word I heard many years later.

It felt like a something. The silly thing that to him was no crime. The thing about him following me to the station afterwards. He sort of looked after me, made sure I got on the right subway. Absurd something. A sadness gripped me. A hippie sort could really be like that? Taking me on a sex experience I had not dreamt of. Sank low. My heart was down and desolate. He was as desolate as me. Two foreign members of mankind. On way to their destiny.

Back at the youth hostel, I had to take a shower. Gotta get rid of that dirty feeling. Gotta get back to my self respect.

Next day I headed toward Amsterdam. Got a ride. Got two. Talks about where I came from. What dad did. He´s an engineer. About politics in Sweden. Well, I am on my way to being an aspiring poet. And you? Job? Fine. Gotta have a place to earn money.

Next stop. And next car. A truck driver gave me seat in front. He had a bed behind the seats. Pointed towards them, said I could earn money. My mind was blank. Did not exactly go on the road to earn myself someone´s else reputation.

We came to the border. I left my patchwork bag in the truck. Hit the path to the restaurant. An oriental carpet on the table. Such a brilliant fashion. Holland must be true. With such carpet in the wrong place. I had my dinner. Went back to the truck. Truck driver mad. Had thought of leaving me there. But in my bag was my passport.

We rode on roads. We road to Utrecht. He let me off.

I stood beside the road once again.

The next car came. A man with a disgusting smile I did not think it to be anything to bother about. Why should I?

After some miles, with a smile, he began grabbing my clothes, let go of the wheel, tried to stick his filthy hand under my coat and under my shirt. I was terrified, petrified, as when he held no hands on the wheel he could not steer the car. It was on its way to the coming traffic on the other side. At once I grabbed the wheel. I thought afterwards it was a comic situation. He getting for my tits and I got no driver´s license. I just grabbed the wheel to keep the car on the right side. Gotta be right and no leftist tradition. Or the opposite?

Next he took the wheel back and drove to a remote place. Many years later I was thinking about the battle of Utrech between the Spanish and Dutch armies, way back in history.

He pulled a knife. Its steel was a shining and stubborn with madness. It shone from its numb nothingness. He could have killed me. He asked what I wanted from him. I said nothing. He yelled, blue in his face. Made a scar on my face with the edge. Blood dripped. I was just numb and very cold at heart. Suddenly, I grabbed my patchwork bag, opened the door and rushed away. Did not feel like getting raped a second turn.

Ran and ran and ran. The blood in my veins were under pressure. The energy made me keep going. And I reached back to the road. It was already dark

The first car that came by stopped. I jumped in. A distinguised man was the driver. No smile. No nothing. I said I was on my way to Amsterdam.

He asked if we should go to a pub when we got to the city. I said: No proper clothes!

In Amsterdam you need no clothes that´s proper, he said. His suit was of high rank. And I said yes, very well, then we go to the pub. That´s it. A pub…

Lis Lovén is a poet and translator. Of Polish and Sicilian (and Viking) ancestry, she enjoys images and poetry. She been published with her translations: Bards from the Nobel Land, Spanning All Epochs.