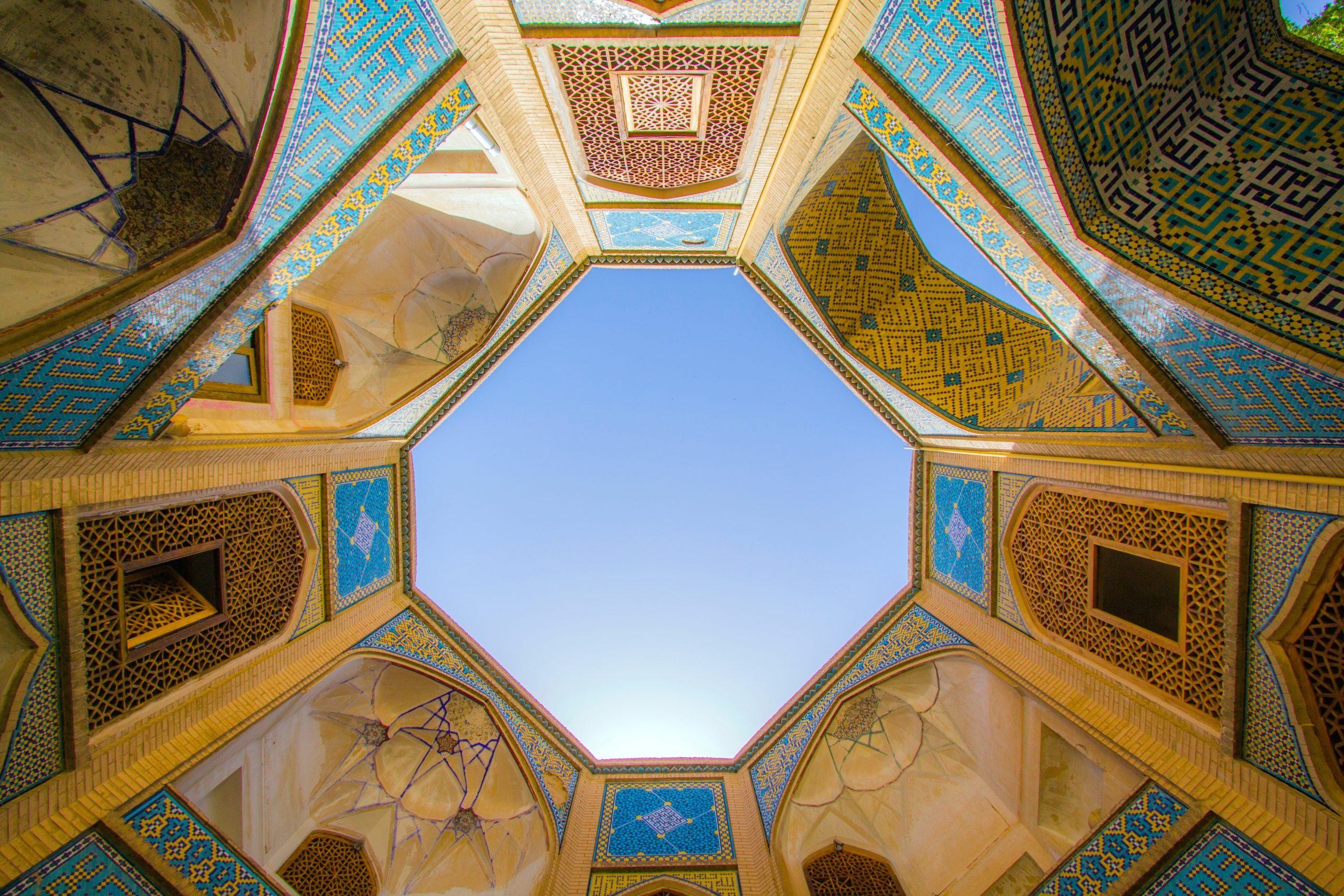 By Alejandro BastidasApril 11, 2022The Middle East, What It's Like
No Comments

As part of Intrepid Times’ “What It’s Like” series, today we take you to the Middle East, pulling from the perspectives of both locals and travelers to show you what traveling there is like. Here, you’ll visit Jordan, Iran, Kurdistan, and more.

The Middle East was and still is the cradle of civilization. The immense cultural wealth that characterizes this region is distinguished not by a single, dominant culture, but rather multiple cultures that complement one another with their distinct colors. Although these cultures have endured conflicts that have both challenged and shaped their development, their identity is defined by much more than the difficulties they have faced. Travelers who wish to explore this region and to understand the unfamiliar have the opportunity to experience the plurality of beauty, compassion, and hospitality that create the beating heart of the Middle East.

With so much diversity thriving in the region, where should one begin the journey? There are no right or wrong answers, but visiting the ancient world first could be a rewarding starting point. The way in which the past and the present coexist in the Middle East paints a unique portrait of human resilience, brightened by heritage and creativity, perhaps more strongly than in other parts of the world. Traveler Mark Orwoll had the fortune of visiting Jordan, and in his story “The Path to Petra,” he describes one of the most astonishing architectural creations of the world:

“Petra is a city for the ages. Imagine a narrow canyon whose sandstone walls rise so high as nearly to block out the sun. Hordes of tourists walk along the valley floor to inspect what appear to be buildings, but in fact are merely façades carved into the canyon walls. The ‘rooms’ within are shallow but give the impression of being deep and wide. The architecture of the elaborate building fronts recalls ancient Rome and Greece.”

Orwoll’s journey to the lost city was only possible thanks to his driver Nader, who was apparently in a hurry to reach their destination and drove over the speed limit whenever possible, but was still determined to give his passenger a proper Jordanian treatment:

“Ever mindful of the Arab tradition of hospitality, Ned pulled over at the first petrol station on the highway. ‘Please,’ he said, ‘you drink coffee with me. Sugar?’ And soon he returned with two cups of thick black, sweet coffee that we carefully sipped over the next several miles.”

Middle Eastern hospitality manifests differently in each country but is always held to the highest regard, offering a lesson for all travelers who did not expect to feel so welcome while being so far away from home. Even historical sites are altered to accommodate tourists, showing how in the Middle East, locals nurture and honor other cultures as well as their own. Orwell tells us:

“One can’t get to Petra without first entering Wadi Musa, the adjacent modern town. By tradition, the Bedouin believe it was here that Moses broke the rock that then poured forth water for his thirsty people lost in the desert. (Wadi Musa means ‘Valley of Moses.’) Today the town is full of hotels and Western-style restaurants, existing almost solely to service the bustling tourist trade.”

Traveler Rachel Rowe also experienced the moving hospitality of the Middle East, as described in her story “Beyond the Veil — a Woman Travels in Iran“:

“I was mesmerised by the Persian gardens in Iran with their water features and intense scent of orange blossom. […] The gardens were also where I encountered some of the most memorable welcomes in Iran. A party of schoolchildren were intrigued to see me walking through the gardens and ran up to me. In some countries there would be requests for pens, but here in Iran each child offered me something from their lunch box and insisted I try something. I didn’t need to eat for the rest of the day!“

These small gestures speak volumes of Iranian culture. The locals who marvel at the idea of foreigners wanting to discover the secrets of their country choose good hospitality as a shared language, telling the traveler: You are safe here, you are cherished here, you are worthy of celebration. Travelers should treat the locals who embrace them with an even greater level of respect, and upon returning back home, they should remember that hospitality, and as a way to reciprocate it, welcome the Middle East into the conversations about traveling to some of the most beautiful places on the planet.

How many travelers have denied themselves the opportunity to visit the Middle East because of their belief in stereotypes that mark the region as dangerous and oppressive? Rowe addresses these stereotypes and quickly attempts to dismantle them:

“In the centre of Isfahan the Maydan-e-Imam is an immense public square flanked by mosques, the Qapu Palace, and a gigantic, covered bazaar. There were tea houses tucked away in back streets, stalls with rainbow-coloured scarves, gem shops, and a nougat-like sweet known locally as gaz. The main mosque, Masjed-e-Imam, was resplendent in blue and white tiles, the architecture stunning. But would any of the mullahs speak to me as a woman? Yes, they did. Sitting in the courtyard of this famous mosque, I was able to discuss the history of the square and inquire about the mullah’s thoughts on terrorism associated with Islam. He felt that all religions should work together to resolve these issues and achieve a peaceful solution. ‘Islam is a religion of peace.’”

In her story “Hawraman Valley,” traveler Elisha Donkin recalls a rewarding but unexpected visit to Kurdistan, a region between Iran and Iraq seldom visited by tourists, yet offering a different outlook on community life while standing as a living testament of resilience:

“I had been curious about the Kurdish people, the largest ethnic group in the world without their own nation, so I opted to try and understand a different part of the complex cultural and ethnic landscape of the Middle East.”

Adventurers should turn to the Middle East whenever they believe the world can no longer surprise them. One look at the Hawraman Valley, even from a distance, will convince the most skeptical traveler to take one step closer and discover the kind of life that thrives in its breathtaking landscape. Donkin describes it as:

“A spectacular gorge rimmed by rugged mountains in the far east of the country, which has protected its Kurdish inhabitants from outside attacks for centuries. It is sparsely populated, with small villages dotting the slopes, and the main town in the centre is simply known as Hawraman Village.”

We are so used to our own lifestyle and societal conventions that we rarely consider how others can live peacefully under different conditions, enjoying the kind of blessings that are inconceivable in the big cities, while in places like Kurdistan they are part of daily life:

“Where homes in Australia are quick to build fences and higher walls to shield themselves from their neighbours, this community seemed able to live literally on top of each other. Children played in the connecting alleyways, chasing each other from house to house, and women sat in their courtyards, which were really their lower neighbours’ rooves, peering over the edge for a chat with the women below. I couldn’t help but think that in our tendency to build walls and fences to divide our properties at home, we may have lost this sense of community.”

World-renowned traveler and vlogger Eva zu Beck encourages a different approach when visiting countries often avoided by tourists. She traveled to Syria in 2019, stopping by Damascus, villages like Maaloula and Saidnaya, and lastly, Aleppo. She described Aleppo as “the great jewel in the crown of the Middle East; a city with one of the longest histories of human inhabitation in the world,” a striking contrast against the current state of the war-torn city.

As a foreign tourist in Aleppo, Beck experienced the delicacies in a traditional Syrian market, such as malban, a jelly-like sweet containing walnuts and grapes. Her stop at a local ice cream shop was enough to convince me I must visit Aleppo one day: the owner prepares your dessert right in front of you, hetaliye, to be precise, an elevated form of ice cream with pistachio. Aleppo is also famous for its soap, made out of olive trees, captivating tourists and locals alike with the centuries-old recipe. Locals encouraged her to try all the soaps and take some with her, and with this small invitation, they showed the heartwarming hospitality of Syrians, eager to share even the most intimate parts of their culture with others. Syrians redefine kindness in everyday conversation.

Driving through the city was a confrontation between a past of devastation and the promise of a peaceful future, as reflected in the architecture, where some buildings stood in ruins and others appeared brand new and welcoming. Beck then walked through the old part of the city and found it mostly in ruins (as a result of the conflict between the Syrian government and the Syrian opposition), uninhabited in the present but marked by the generations who lived between those houses and swirling streets, once filled with art and music and tradition, now exiled into the past tense.

Syrian people teach you of the extreme capabilities of hope in the face of devastation. This is an echo of the Middle Eastern spirit: courageous, determined to rebuild and preserve what many have declared lost, because their love for their respective countries is just that immense, unmovable despite the conflicts. It is a love that deserves to be known and honored across the entire world, celebrated by travelers who will learn how in the Middle East beauty has and will always flourish.