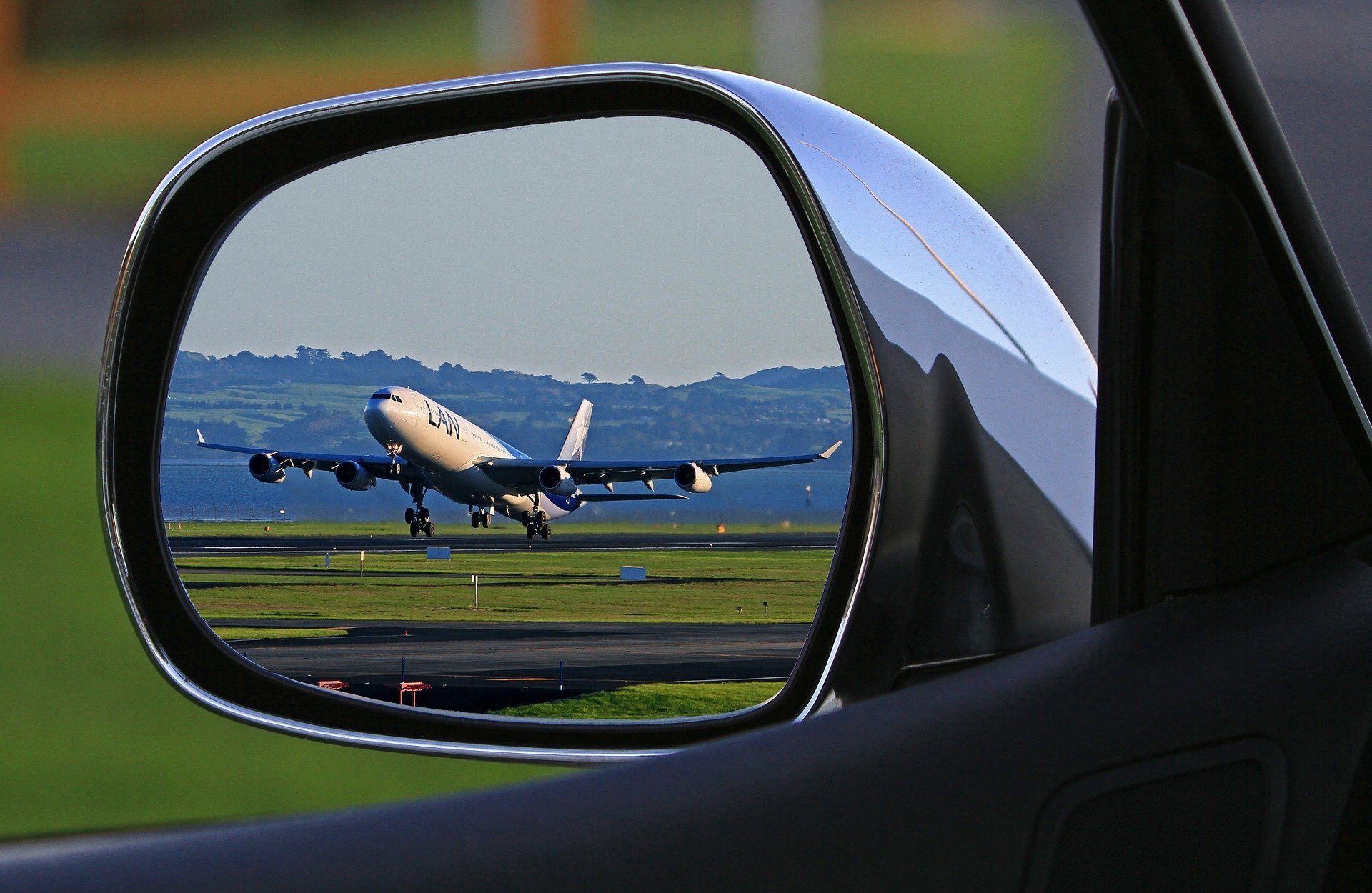 Op-Ed: All Travelers Have the Right to Return Home

By Harry CunninghamAugust 5, 2020Opinion
No Comments

A New Zealander overseas speaks out against the quarantine charges that make it prohibitively expensive for Kiwis to return home.

I am a Kiwi–a New Zealander–always have been, always will be. Although I have been living in the UK for a year or so, New Zealand will always be my home.

The majority of my support network, the professional connections I have made, the sports teams I have played for, the organisations I have volunteered for, the charities I have supported, all remain in New Zealand.

I left New Zealand 18 months ago to travel and see the world, and then spend a couple of years experiencing working life on the other side of the planet. I currently work for a university that trains future doctors and clinical researchers, and, so far, I am absolutely loving it.

My overseas experience is not uncommon for someone from New Zealand. One million Kiwis live overseas–over 14% of the total population–a rate that is second in the world only to Ireland.

But soon, many of these one million Kiwis, myself included, will not be able to afford to go home.

Not because of the cost of flights, or because of the opportunity cost of leaving their jobs and lives abroad, although Covid-19 has blown up these costs, too.

No, many of us will not be able to afford to go home because the government is planning on personally charging any returning Kiwis NZD $3100 (GBP £1600) for a two-week mandatory quarantine upon their return. A charge that if, I can’t afford to pay, will bar me from seeing loved ones and stop me from being able to go home.

This charge gets you a two-week detention in a hotel of the government’s choosing, three basic meals a day, and a single, 15-minute, supervised walk outside every 24 hours.

I completely understand the need for this mandatory quarantine. New Zealand has essentially eliminated Covid-19 within its borders, and there has been no community transmission for over 90 days, a feat that most countries around the world may not achieve for years.

The only way Covid-19 can be reintroduced into New Zealand is by people bringing it with them as they return from overseas, and so there is a strong and justified case for a mandatory quarantine period upon their arrival for the sake of public health. I get that.

But this is where the common sense ends and the controversy begins.

Many, if not most, Kiwis returning from overseas (who have been abroad since before the virus hit) simply cannot afford to pay this amount upon their arrival.

I have friends who have lost their jobs due to the virus and have been stung by the double-whammy of having to remain in place in lockdown while paying rent and bills in some of the most expensive cities on the planet.

I know people who are separated from their children, have elderly or sick parents, or are apart from their partners with no possibility of being reconnected anytime soon. My own sister is due to give birth in October, and I wonder when I will be able to see my baby nephew. My grandparents, who have played a huge part in my life, are also not getting any younger, and I hope to be able to see them again.

Many Kiwis want to come home, they want to see their loved ones, but flights are being cancelled daily, and the New Zealand government is artificially limiting the number of planes flying into the country. Official government advice issued in April was to shelter in place and not to return home if you were in a safe location. But now, Kiwis wishing to be reunited with their family and their friends are facing an exorbitant charge once they finally arrive.

Some countries have had different approaches to New Zealand. As at the end of June, Vietnam had put over 450,000 returning citizens through quarantine using a mixture of makeshift camps, refurbished buildings, hotels, army bases, hospitals, and other structures, all paid for by the government. While the facilities were basic, I know people who have gone through this quarantine and were grateful and happy for the level of care. Best of all, Vietnam has experienced just 546 cases of Covid-19 infections since day 1. Singapore, as another example, is offering returning citizens the opportunity to wear electronic tags and self-isolate at home for no cost.

The issue of whether or not to charge returning Kiwis for mandatory quarantine has become bitterly divisive in New Zealand–something that we as a country are not really used to. Most of the big challenges we have faced as a country have been unifying; the 2011 Christchurch earthquakes and the 2019 mosque shootings are but two recent examples of events that brought our nation together.

But a lot of Kiwis abroad are now experiencing the brunt of this newfound ‘us-versus-them’ mentality–a divide that never used to exist, or, if it did, was limited to the fringes of our society.

The internet is not the kindest of places to begin with, but many New Zealand-based Facebook groups have become downright nasty and critical of Kiwis who have found themselves, for any number of different reasons, abroad during the worst pandemic in modern times.

Criticism thrown at Kiwis abroad include calling us selfish to want to come home, saying we are no longer ‘real’ New Zealanders, or suggesting that we should never have left New Zealand at all. The worst comments are among the most un-Kiwi things I have ever heard. By and large, we are a friendly nation, but I have not been feeling that love recently, simply for the crime of finding myself abroad when the pandemic struck.

There are a lot of problems with charging Kiwis to return to their homeland; legal, moral, economic, and emotional arguments all exist and appeal to different people in different ways.

Legally, the charge is on shaky ground. Under the New Zealand Bill of Rights Act, every New Zealander has the right to enter New Zealand without impediment. I don’t think it’s a stretch to argue that a $3100 cost is a barrier to returning home for many–for some, it is an insurmountable obstacle.

The charge may also breach Te Tiriti o Waitangi (The Treaty of Waitangi)–New Zealand’s founding document–(sort of like how the US has their Constitution). Under the Treaty, no Māori (ancestral people of Aotearoa New Zealand) may be denied access to their lands as tangata whenua (people of the land) or as treaty partners.

I am no lawyer, but we are not off to a good start.

Economically, the decision to impose a charge is also dead on arrival.

The government predicts that the total revenue generated from this charge to be between just $2.2 million and $9.9 million NZD, at an estimated cost of $600,000 to collect that revenue. For reference, this amount is just 0.019% of New Zealand’s total Covid-19 response budget of $50 billion (of which we have only spent $19 billion due to our successful response to date). The revenue equates to roughly the same amount that the UK government spent on ‘flowers’ in 2010. Let that sink in for a second–is this really worth dividing a country over?

Another argument that people have put forward is that, because they will not be using the service themselves, they should not have to pay for it. This is essentially an argument against having a tax system at all.

I personally have never been to a place in New Zealand called Gisborne, yet I do not mind that the government pays for roads and lighting and water for people who live in Gisborne. I personally do not like the idea of paying for Joe Bloggs’ third bypass surgery because he never went for a walk in the park in his whole life, but I do, and I accept that, because the tax system should protect people and not discriminate.

We all pay for services we never use, but the thing is that we all benefit from a two-week quarantine for returning Kiwis. It is a public health good that the public should pay for.

This policy also does not take into account the economic contribution returning Kiwis will make when they arrive home. Food, rent, petrol, coffees…every dollar a returning Kiwi spends goes to a small business, to the government via tax, or to another Kiwi who, in turn, will spend that dollar. In a time where the world is free falling into the worst recession in history, surely this can’t be a bad thing.

But to be honest, I don’t think any of that should matter. Nobody on this planet should have to prove their economic worth in order to return home.  How much you earn or do not earn has absolutely no bearing on statehood. Nobody should need to justify why they left their home country or why they want to come back.

If a single person cannot afford to return to their home in New Zealand because of this charge, then this policy is morally bankrupt.

Everybody around the world has had to make sacrifices for Covid-19–in many instances, that sacrifice is permanent.  People are scared, but responding to that fear by labelling Kiwis who wish to return home as selfish is damaging and only divides us.

I am proud to be a Kiwi, and I think New Zealand is an amazing place to live, work, or visit as a tourist. I welcome a time when we can invite people from around the world back into New Zealand to share a piece of our paradise, and to get to know us as the largely kind and welcoming people we can be.

By the combination of geographical chance and the fortune of having a small population with a relatively decisive government, New Zealand was able to successfully eliminate Covid-19. That does not give us the license to bar returning Kiwis from coming home to share in that safety, or to stop them from seeing their loved ones. Or, simply, just to come home.

Travelling abroad and seeing the world is an absolute privilege that I, and an untold number of others, have been lucky enough to experience.

But returning home is a right–no matter where your home may be–and anything that stops you from coming home cannot be the right thing to do.

Intrepid Times is and remains a platform for narrative travel writing–true stories about the world that help readers unlock the full depth of the travel experience.

For some, travel is a hobby. For others–including many Intrepid Times readers and contributors–it is a way of life, something that is at the core of who we are.

As a home for travelers, wanderers, and nomads, Intrepid Times is using our platform to give voice to those affected by the travel restrictions that continue to be imposed worldwide.

While we are still committed to our core role as a platform for narrative travel stories, we are also currently open to stories and opinions that give a voice to those affected by the travel restrictions being imposed worldwide. If you are a traveler with a story or an opinion to share, please reach out to us on our Submissions page.

Harry Cunningham is a New Zealander currently based in the United Kingdom. A relentless traveler, he has visited over 70 countries including North Korea and Turkmenistan. He is a contributor to "Fearless Footsteps - True Stories That Capture the Spirit of Adventure" (Exisle Publishing, November 2020)