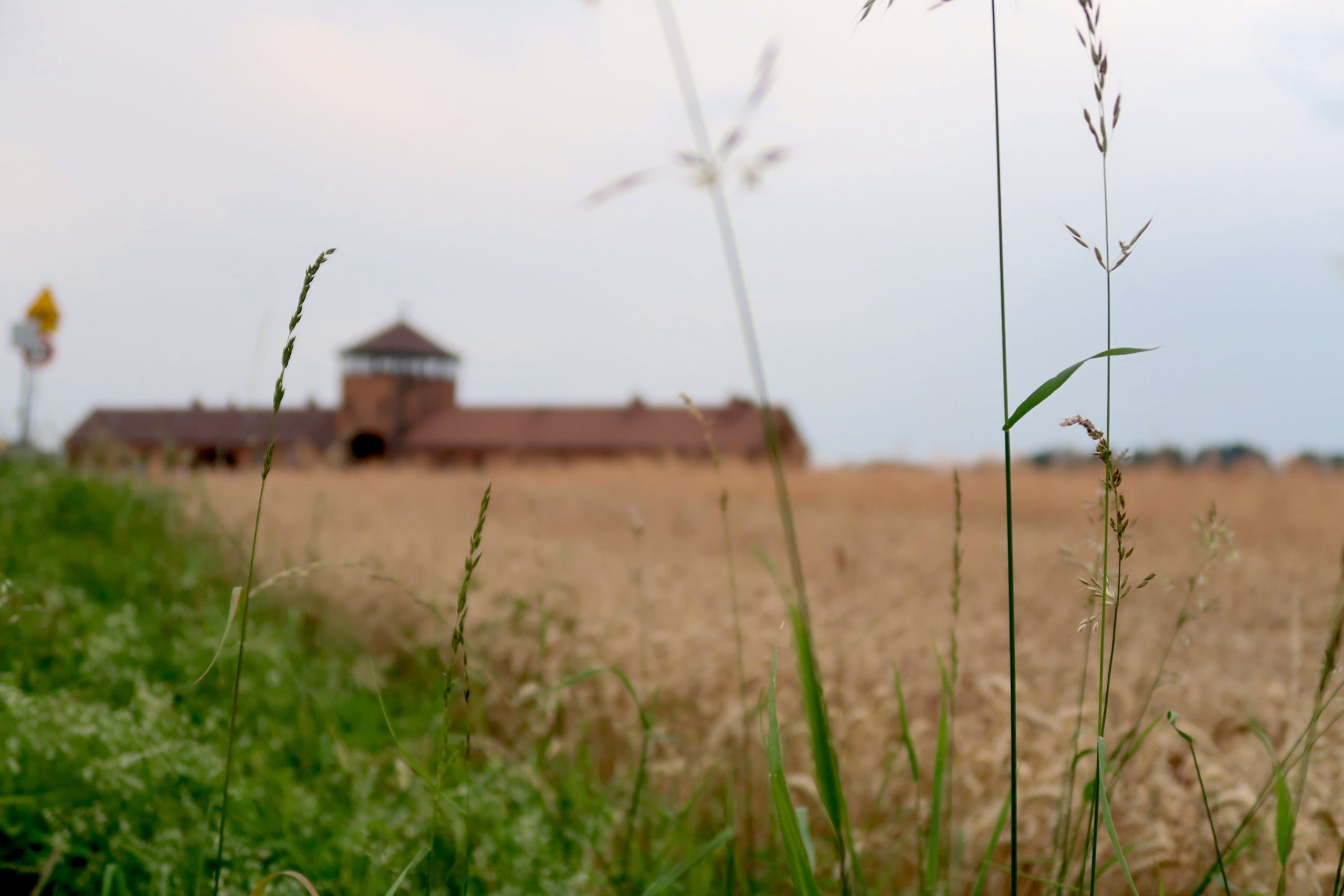 The People Before Us

By Kirsty GordgeAugust 17, 2020Europe
No Comments

While walking through Auschwitz and Birkenau, a traveler reflects on the strangeness of visiting a place so many once wanted to leave.

I wanted to do it. Everyone that comes here does it. Like the walking tour guide said, it’s just “one of the things you do when you’re in Krakow.” The Old Town, the Salt Mines—and Auschwitz. It didn’t feel right going as a tourist, and it didn’t feel right to “tick it off” some inescapable highlight list, but all the same… I had to go. I booked onto the tour.

In the mini bus on the way there, we were shown a long historic video of the lead up to some of the camps and some details of what happened there. I had anticipated that the visit would be horrific and emotional, but I thought that would only come when we got there. Instead, the video made everyone on the bus very quiet, and I felt a bit sick. A woman two seats away from me cried. The lady next to me reassuringly offered me a mint. It brought me back to the stark contrast of the present situation: a minibus packed full of bright, sun-blocked faces, clutching cameras and water bottles, sunhats and each other.

Most exploited tourist attractions make me studiously avoid them, and I despised that this was becoming “popular” this summer; I hadn’t realised it was such a bucket list item. When we arrived, we filed out of the bus into the sweltering midday sun and put yellow stickers on our tops as a form of identification, so as not to lose our guide. I looked up at the building—we were here—and tried to appreciate the significance of it.

We were told where the toilets were, that they cost two zloty, and we had 10 minutes before the tour began. I felt like a child being told what to do. I wondered if the children who were here before me followed their instructions so diligently.

Everything after that happened in a group. We were taken care of but only told what was happening moments before it happened. We didn’t know exactly what was around the next corner, but we knew generally what to expect. I wondered if the people before me felt the same. The quantifying difference being we had signed up for this. We chose to be here.

We went through security, collected audio-guides, and followed the guide like a group of sheep, listening to a story. I looked up and saw the Arbeit Macht Frei sign, just like that. Work sets you free. I’d seen it before in photos, and here it was, somehow so understated. Full of significance, yet looking so small and unthreatening.

As we slowly trooped through the centre of the camp, our feet crunching mechanically on the red gravel underfoot, I thought about The Choice by Edith Eger. I’d read her story—I’d connected with a person here—and now I was marching on the gravel. I knew she had walked on this gravel. I tried to comprehend that.

We entered several rooms during the next hour and a half. We had to move as a close-knit group, sandwiched between other tour groups. I bumped arms and elbows and toes with the people in my crowd. I’m sure the people before us did, too.

Most of all, I couldn’t believe it was only 70-something years ago.

We handed back our audio-guides and were given another toilet and food break. I was annoyed at a girl for talking to me; this was no place or time for talk. I needed to be alone. I bought a postcard from the shop.

I bought a postcard from the shop.

Next was Birkenau. I didn’t realise beforehand, but Birkenau is the extension of Auschwitz. It’s where the building with the ramp is that you see in films. It’s a lot bigger than Auschwitz and feels desolate. We walked through the remains of the huge camp, like endless football fields stitched together. To the right, it was all destroyed, bar the brick chimneys. To the left, brick barracks were still standing. The memorial at the end of the road was quietly pleading.

For ever let this place be

a cry of despair

And a warning to humanity,

Where the Nazis murdered

About one and a half million

From various countries of Europe

As we walked to the barracks, I was surprised to notice how beautiful the greenery was. Lush, bright, healthy trees grew here. It was stunningly beautiful; we could be anywhere. If you didn’t know, you almost wouldn’t know.

In the barracks called “Death Camp,” we saw where people would have huddled, withered, almost not human, before being called out to die. It was where the last hopes of the souls sheltered, where the almost-lifeless and soon-to-be-lifeless bodies rested. I stupidly expected the floors to be covered in blood, then winced at my own expectation. This wasn’t a Hollywood movie.

I thought about these people here before us.

They said in the last few months the number of visitors to Auschwitz has doubled, and it’s “more popular” than it has ever been; at the height of summer, 7000 people visit every day. I hope everyone that has the privilege to visit this place doesn’t just walk away muttering “it’s just terrible what they did to them,” but realises this is humans we are talking about. We are all humans.

We will never know what it’s like to have been there, on either side, inducing death or weakly defying it. We cannot make generalisations about what should have been done. We cannot blame individuals for not doing more, or less. We can only study, visit, learn, and be respectful of those that came before us.