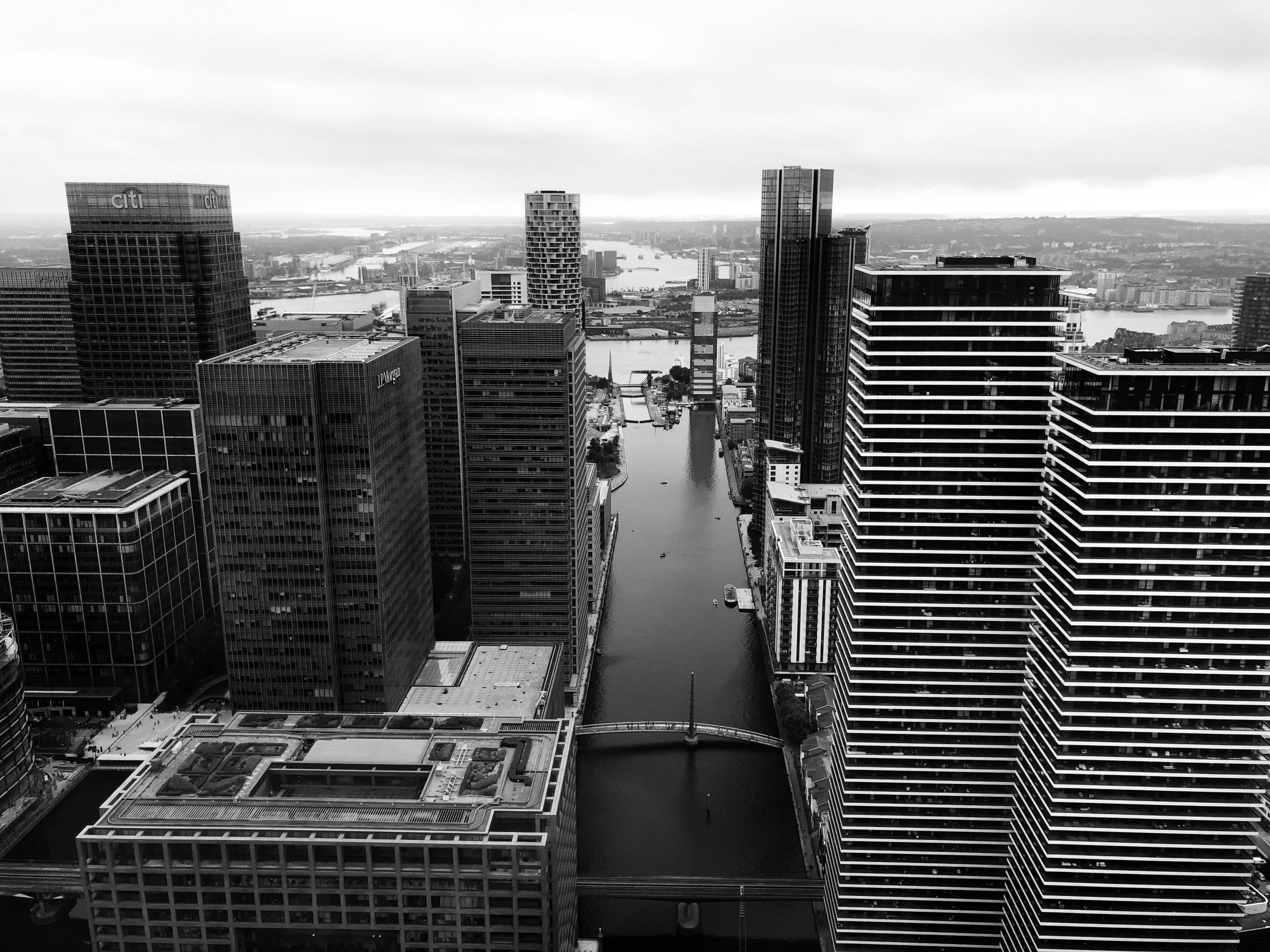 The Solace of Skyscrapers

By Laura OlcelliNovember 24, 2021Europe
No Comments

All right, I’ll admit it: I’m one of those who emerged from the 2021 lockdown with an urge for a life change. Three changes, in fact.

A few weeks after the restrictions lifted, I was (as) ready (as one can be) for a new job, new house, new city. With a passport to Utopia in one hand, a suitcase heavy with dreams in the other, and still chewing over a potential plan B. With mature recklessness, not quite like Peter Pan in Neverland.

There’s another confession I have to make: I’ve always had an inherent attraction to supertall buildings and water views. So, when the time came for me to start my new chapter, it was inevitable that I chose the area of Canary Wharf.

Rent an icon. Own the sky. Reach new heights – I was promised. But Canary Wharf also came with some red flags: “It’s soulless,” people would often say.

An underlying fear of apathy clashed with the expectation hope of encountering the essence I actually searched for, defined by modern architecture and waterside living. Plus safety, good transport connections, and outdoor public art.

Ever since moving to E14, I’ve made it my goal to venture into my new neighborhood with the rigor of a researcher, the enthusiasm of a traveler, and the confidence of a resident. The only risk: looking around with three magnifying glasses and detecting no beating heart. Yet throughout my journey, Canary Wharf inspired emotions I never knew existed; some, untranslatable in English. In the spirit of its diversity and of my passion for linguistics, I’ve learnt how to label them in a few different languages.

L’appel du vide (the call of the void)

Rising 75 stories over 239 meters, the Landmark Pinnacle is the highest residential skyscraper in western Europe. And it’s breathtaking. After reaching 10 Marsh Wall to view a one-bedroom apartment, I’m guaranteed it’s easier to list what the building doesn’t include: A. Pool. And. A. Sauna. It’s got everything else one can dream of: an elevated garden on the 27th floor, gym and bars and private dining rooms on the 56th, and an exclusive club terrace on the 75th. Oh, and there’s also a golf simulator and an arcade.

My ears pop as we shoot to level 64 in a matter of seconds. The real estate agent opens the door: luxury brass tapware and kitchen appliances with sophisticated technology go unnoticed. The floor-to-ceiling windows are the magnet, and their magnetic force attracts me. My eyes are glued to the high-rises of all designs and magnitude mushrooming below, the contrast between these and the humble lower constructions, side by side. Look! Here’s South Dock and the River Thames; there’s Greenwich Park and the Old Royal Naval College in the distance.

A few more steps take me to the winter garden, where a full-height glazed door opens sideways. I lean over a frameless glass balustrade and look down as the cool air hits me in the face. The buildings opposite keep staring back at me, more presumptuous than ever. Their name alone puts them in competition with one another (several are called “One”), then there’s Landmark, Spire, Dollar Bay, Arena… They’re all fighting for attention. We spot a hotel nearby; I’m told there were rooftoppers there the other night. Unexpectedly, my mind trembles. What if I jumped down? I would never do it, so why is this thought even popping into my head? That’s the impulse one experiences when “the void calls.” Paradoxically, that’s possibly a warning from our self-preservation instinct.

Canary Wharf hasn’t always been synonymous with skyscrapers. An 1802 print by David Steel at the Museum of London Docklands shows the West India Dock complex – and the surrounding emptiness. That was the year when the docks first opened. Founded by a group of merchants who traded goods from the Caribbean, the West India Docks were engineered so that ships arriving on the Thames could be unloaded more quickly and more safely, preventing cargo from decaying or being stolen while taxes were collected.

Walking through a fictitious Sailortown installed as part of the museum, bumping into a laborer turning the treadwheel and peeking inside a public house along a dark alley, I wonder how life would have been in this proto-Canary Wharf; if I also would have wanted to live here back then. I’ll never know. All I know is anemoia: a type of nostalgia for a past time that we can only imagine.

Over the next 180 years, the busy Docklands area went through highs and lows until the advent of larger container ships eventually caused its decline. But just like marshland was transformed into Docklands in the 19th century, the estate was once again regenerated and redeveloped: by the London Docklands Development Corporation in the 1980s and 90s, and finally by Olympia & York and the Canary Wharf Group into the financial hub – and more – that we know today.

Whenever I stroll around Millwall Dock at sunset and see the Canary Wharf skyline soaked in the afternoon sun, I feel a sense of perfect accomplishment (or yuan bei) that I can call this part of London “home.” The water reflects the cloudscape. Yellow, orange, pink, and violet slices of sky cut through the skyscrapers like sharp laser lights. The west-facing, glassy façades of the highest buildings are transformed into golden ingots. Everything around me acquires new patterns, shades and meanings.

Elevated, sublime, resilient, ever-evolving, serendipitous. That’s how I describe Canary Wharf after having researched it, traveled it, and lived it. But no, not soulless.

Laura Olcelli is a freelance travel writer and journalist currently based in the UK, and a regular contributor to Matador Network. She has a PhD in English focused on travel literature and has published widely about literary criticism applied to travel writing, including the award-winning book Questions of Authority: Italian and Australian Travel Narratives of the Long Nineteenth Century. Laura was born in Italy and has lived in five countries and travelled to over 45.