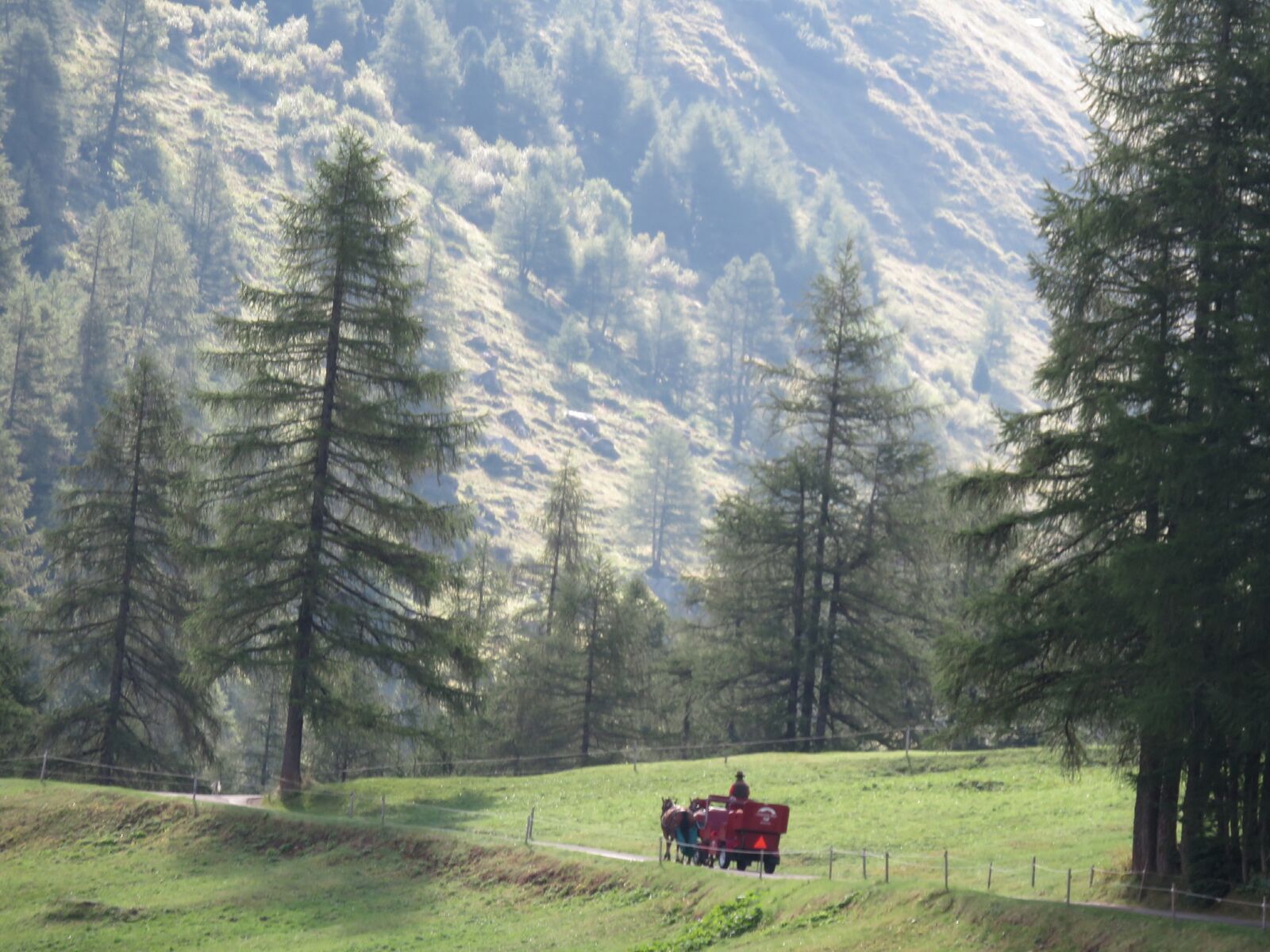 In the Footsteps of Friedrich Nietzsche

One writer attempts to reconcile the serene landscape of Switzerland’s Sils-Maria with the work of its most controversial former resident.

In the canton of Graubünden, Switzerland, in the area known as the Upper Engadin, the quaint and pretty town of Sils-Maria sits nestled in a landscape of idyllic serenity.

I arrive by train from Zurich and share a taxi from the station to the town centre with a man carrying a double bass in a travelling case. He tells me he is part of a classical string quartet that will be performing the next night at the five-star Hotel Waldhaus. That’s the kind of place Sils-Maria is. Refined. Cultured. Intellectual.

The town’s history stretches back to antiquity. Settled since the Bronze Age, it’s a bastion of Romansch, one of Switzerland’s four official languages, which evolved from the speech of Roman soldiers garrisoned here two thousand years ago. I love hearing it spoken, a mish-mash of German, Italian and Latin that throws a linguistic bridge back to the ancient world. But Sils-Maria carries its freight of history without pretension. Most of the buildings are old, and recent ones are mainly built in the old style – a house with 1570 engraved on its lintel may not look much different from one with 1990 carved over the door.

Clusters of dwellings built to face inwards around an ancient stone trough and communal pump hark back to a time when running water was valued more highly than a view. Drystone walls, like those in the north of England, punctuate the green space between the village and the lake, a serene expanse of blue ringed by stern but not forbidding mountains. The famous snake-like ‘clouds of Sils-Maria’, which gave the title to a recent film starring Juliet Binoche and Kristen Stewart, drape themselves interestingly over these peaks. Later in the day, I watch them disperse in sunshine that brings a gentle sheen to the water’s placid surface.

Was ever a place more likely to give rise to gentle thoughts? And yet, on a walk around town, I discover that for seven summers this was the home of one of Europe’s most ungentle thinkers. A neat two-storey dwelling in the village bears the sign: ‘In this house lived Friedrich Nietzsche during the creatively rich summer months 1881-1888’. The building, now known as the Nietzsche Haus, was a refuge for the ill and impoverished philosopher during his last productive years before the breakdown that defined the final decade of his life. 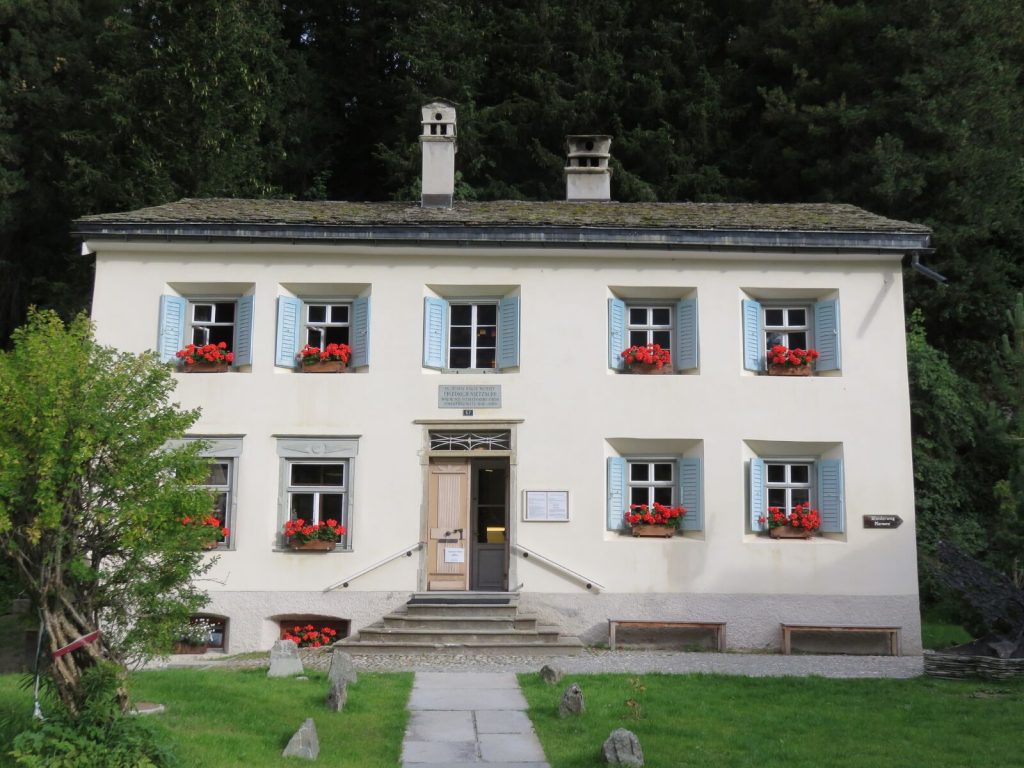 Once the home of Friedrich Nietzsche

Relishing the dry, sunny climate of the Engadin region, Nietzsche would spend up to eight hours each day striding through the forests, valleys and mountains, formulating ideas that he would write up, at night, in the spartan single room he rented above a grocer’s shop. In the mid-twentieth century, artistic luminaries such as Hermann Hesse and Jean Cocteau, who also holidayed in Sils-Maria, helped propel the movement to conserve the Nietzsche Haus in its present form as a museum, research centre and art gallery.

The summers in Sils-Maria generated some of Nietzsche’s most famous work, including parts of Thus Spoke Zarathustra, Beyond Good and Evil, The Genealogy of Morals and The Twilight of the Idols. These books unsettle preconceptions and deconstruct beliefs. For Nietzsche, no concept was self-evident; all values were to be questioned. He saw himself as a herald of a new breed of philosophical ‘free spirits’ who would refuse to prop up comforting dogmas. Instead, they would act as pitiless interrogators of human thought and behaviour – in his own words, they would be ‘investigators to the point of cruelty’.

On a day of translucent sunshine and light breezes, I hike through the beautiful Fex Valley just near Sils-Maria, crossing forests of pine and larch and lingering beside burbling streams. I’m having a hard time connecting this landscape with the thoughts it prompted in its most famous walker. Nietzsche himself insisted on the connection. He called the landscape around Sils-Maria the ‘breeding ground for his ideas’ and said, ‘Here my muses live.’

It’s true that when I lift my eyes I can see icy mountain summits and the grey paths of glaciers. I guess this is what Nietzsche had in mind when he wrote in the poem ‘From the Heights’ – the epilogue to Beyond Good and Evil – that it was here ‘on lonesome ice-lorn fell’ that he ‘unlearned Man and God and curse and prayer’ and ‘became a ghost haunting the glaciers there.’

But the Fex Valley is not one of those places, and neither is the pretty Chasté Peninsula beside Lake Silvaplana, nor the glorious heights of Muottas Muragl, to name two other favourite destinations for Nietzsche’s walks near Sils-Maria. A visitor to the town can experience the charms of all these locations. My afternoon horse-and-carriage ride through the valley is a throwback to a more innocent age, all clopping hooves and tingling harness bells.  On summer afternoons, Lakse Sils and Silvaplana are dotted with the brightly coloured gear of windsurfing, kayaking, sailing and stand-up paddleboarding. There’s an excellent network of cycling tracks though the forest and over the hills, or one can opt for the timeless pleasures of walking, one foot in front of the other, just like Nietzsche did.

It was while he was immersed in this wonderful natural environment that the philosopher came up with some of his most famous aphorisms. ‘That which does not kill us, makes us stronger.’ ‘If you gaze long into an abyss, the abyss will also gaze into you.’ How the Engadin landscape inspired such thoughts is a mystery to me, but one that I enjoy pondering as I discover this charming and oh-so-lovely corner of Switzerland.

Roslyn Jolly is a travel writer and English literature academic, who loves exploring the relations between places, ideas and art. Her travel stories have appeared in Audrey Daybook, Vacations & Travel, Escape and Qantas Travel Insider.