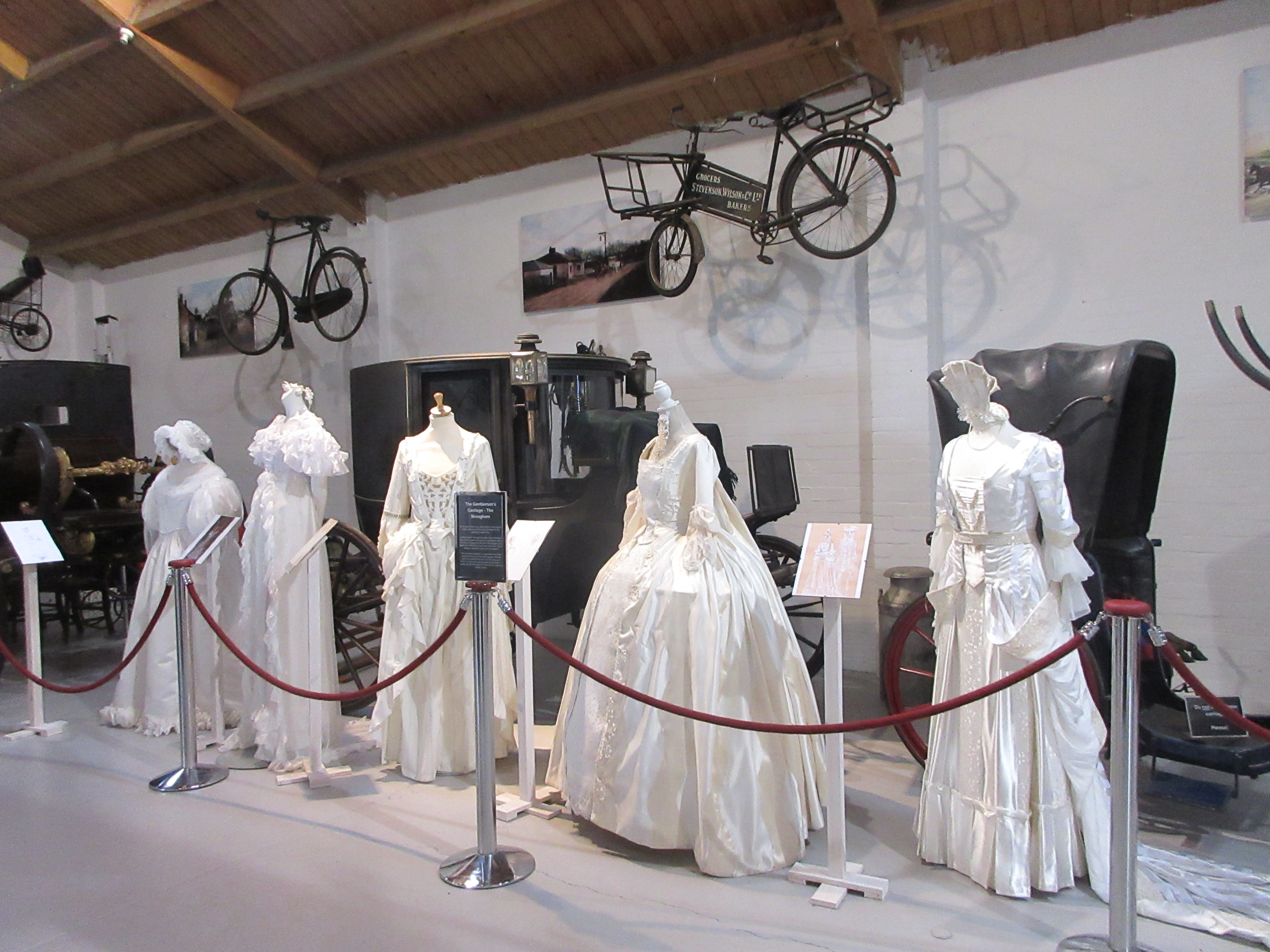 A Tale of Blacksmiths and Brides

At a small museum in Scotland, a traveler discovers just why young couples in the 18th century were getting married over a blacksmith’s anvil.

The “runaway wedding” capital of the world is Gretna Green, Scotland. It began centuries ago, and it’s still a wedding magnet for thousands of couples from all over the world, where they flock to have the traditional “anvil wedding,” which is less violent and more romantic than it might sound. Why were weddings in the 1700s taking place in a blacksmith shop in southern Scotland?

Blame London, or thank them, depending on your view.

In 1754, the English declared that marriages must be “regulated.” Suddenly, you had to be twenty-one years old, or you needed both parents’ permission, and you had to go to church, and a clergy had to officiate. Anything else was declared “irregular” and invalid. (“Special arrangements will be made for those of Jewish or Quaker persuasion.”)

In Scotland, however, there were (hetero) civil partnerships. A couple could be 16 and only needed to make their vows in front of two witnesses. You didn’t need a church, and you didn’t need your parents’ permission, or any authority but your own. A public vow was respected as a true vow.

Did the Scots obey the new English law? They did not. They were delighted that it did not apply to them. Young English lovers took notice.

Meanwhile in London, in a rush to beat the deadline, the place to go was Fleet Prison, where “there were many disreputable parsons, imprisoned for debt. They were beyond any further punishment from the Church, and would marry anyone prepared to pay them. The day before the new act became law, 217 weddings took place there.”

After that came the stampede of young couples northwards, either too young or out of favour, wanting to marry desperately quickly. The first Scottish town over the border was Gretna Green.

And who were the first people they saw to grab as witnesses? In this case, as they pulled up in a horse and carriage, it was the blacksmith. In time, thousands of couples descended upon that forge.

At first, the blacksmith put down his tools, cleaned up a bit, and obliged them, with an assistant at his side. But, there were so many that it seriously interrupted his work. After that, the vows were made in the forge, over the anvil. Thus began the tradition of “anvil weddings” in their thousands, continuing to this day.

Their museum tells us, “The first of the self-appointed blacksmith priests popularised the notion that a person was required to officiate [not actually true]. He began the tradition of striking the anvil with his hammer to seal the marriage.”

It became a thing, as they say today. “Going to Gretna” became synonymous with frantically getting hitched before the bride’s dad could shoot the groom.

Surely there also must have been shotgun marriages with a pregnant bride, a determined father, and a groom under duress. But that legend doesn’t sell modern, profit-making weddings, whereas romantic runaway lovers do.

It’s all about “love and beautiful rebellion,” where Love Conquers All. Come marry in Gretna, and feel like romantic heroes!

Historically, dramas abounded. They were immortalised in literature and paintings, and here are the top favourites – all well-documented as true, if embroidered:

Evangelist John Wesley helped a poor but titled German bachelor elope with the daughter of a wealthy landowner in Carlisle. Dad pursued, unsuccessfully.

“Scoundrel abducts schoolgirl” was not an exaggerated headline. The millowner’s sixteen-year-old daughter was eventually rescued, the marriage annulled, and the scoundrel sent to prison.

The daughter of the 10th Earl of Westmoreland wanted to marry an impoverished aristocrat. They eloped. Dad followed. A fight ensued, Dad shot one of their horses, but they escaped and married. The new son-in-law was duly disinherited, but still they prospered and had six kids. Sixty years later, the old goat’s great-granddaughter eloped with her sweetheart to the same anvil, with her disapproving brother in hot pursuit, to no avail. Love prevailed, both times.

Another couple was pursued by her angry father, who chased them to the coast. Despite a bad storm, they found sailors to help them cross the Solway Firth. Dad pursued by boat, but it capsized, one man drowned, and Dad retreated. The bedraggled couple crawled to safety and were married the next day.

The best scoundrel of all was in drag. A Lord Chancellor in 1818, Lord Erskine, a widower, had eight children, all unhappy that he wanted to marry his housekeeper, with whom he already had seven children out of wedlock (nice imagery – no chains, just a lock). He dressed as a woman and posed as mother of the bride, throwing off the disguise once they got to the blessed anvil. Allegedly, she hid her seven children under her cloak.

One of his sons arrived, and a fistfight ensued between him and the bride! Erskine died nine years later, and his bride was left with even more children than before, and no money at all.

And finally, when all else failed, and “the pursuit of a parent proves very hot and there is no time for the ceremony, the frightened pair were advised to slip into bed, are shown to the pursuers who, imagining that they are irrevocably united, retire, and leave them to consummate their unfinished loves.”

The very last of the “blacksmith priests” had married over 5,000 couples by 1940. “Rennison was known for his almost avuncular care of the confused young people he regularly found on his doorstep.”

As the saying goes, bless his cotton socks. And his hammer and anvil. And, many say, for his marketing skills in selling the Wedding Trade.

Nowadays, there’s a booming wedding industry on the very same site. Websites have an astonishing array of offerings, and the town is filled with wedding venues and hotels and nervous men wandering around in kilts.

When I was in the museum, there was a wedding every twenty minutes. They all ended with the piercing “bing-bing-bing” of hammer on anvil, followed by words of congratulations plus imagery of being forged for life (obviously, no mention of locks or chains!)

Eileen Kay is a seasoned solo traveller, long-term ex-pat and author. Previously she was a BBC sound editor, radio traffic presenter Carmen Ghia, and half of comedy magic act Dork and Tacky. She fled her early years in the USA, lived in London for 20 years and Scotland for 10. Now she splits her time between Europe and Asia, and her humour between sarcasm and irony. She’s author of two travel memoirs, Noodle Trails: Fair Trade, Dung Trade and Travels in Thailand and beyond, and Noodle Trails 2, My Secret Century in Budapest.