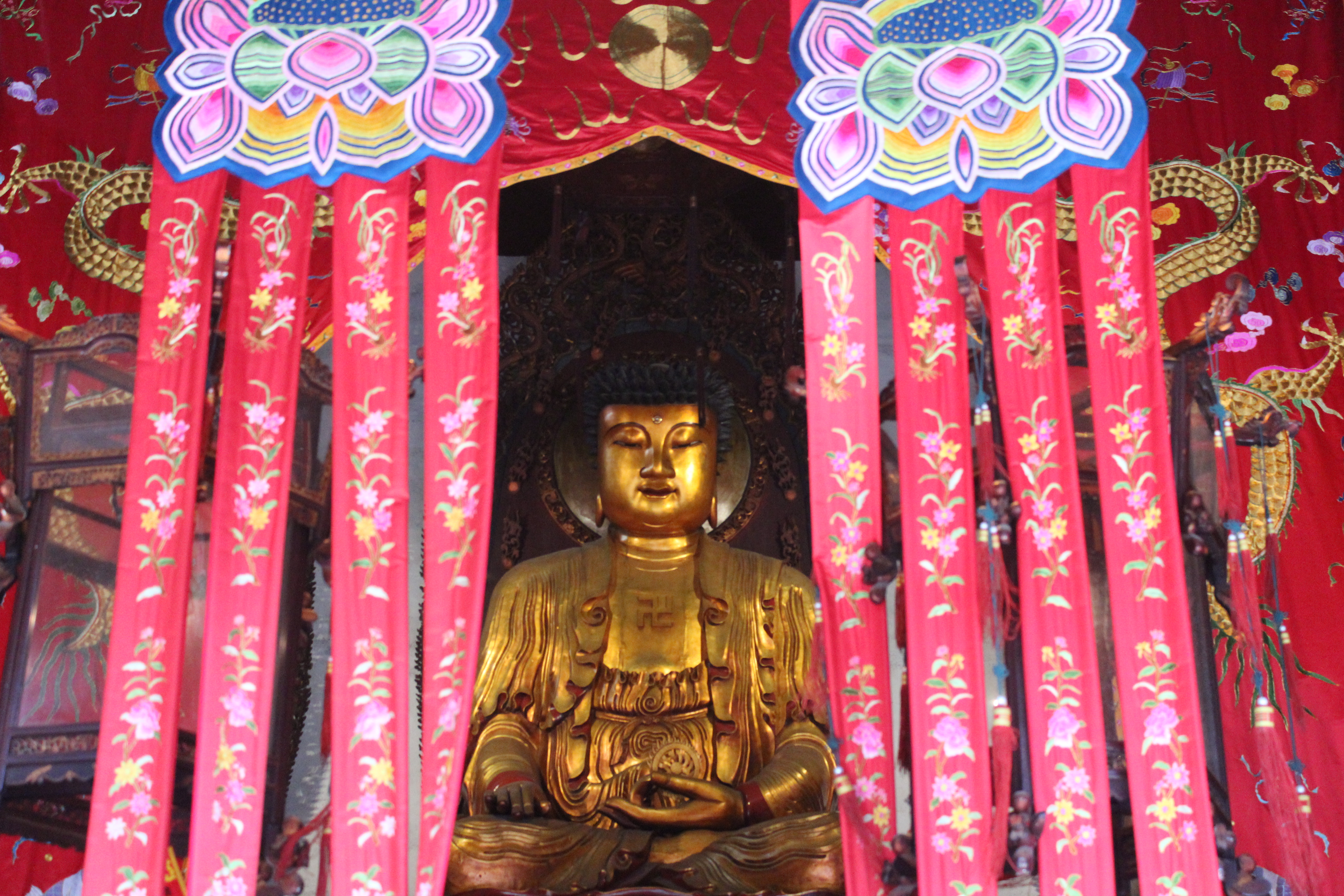 Despite illness and inconvenience, a traveler is determined to experience all that Shanghai has to offer

Sleeping in the Shanghai Pudong International Airport overnight only made me think of one thing—how much I missed sleeping in the Seoul Incheon Airport overnight. At least there, laid straight across a wooden bench, one hand loosely clenched over the handle of my backpack, I could pass the time watching a Korean drama over an old lady’s shoulder while attempting to rest. Here, I was listening, eyes open, to a family boil instant ramen in a microwave they had plugged into the closest power outlet. It was after 2 a.m. Time no longer had meaning, except for the mechanical ticking of the microwave timer, each second thunking by. A toddler was swinging his tiger stuffed animal to the ground, over and over again, in a violent and hungry form of protest. I shuddered as the child caught my eye and, while looking directly at me, brought the tiger’s head down a few more times. The timer ticked, the spicy, salty smell of fresh ramen was released, and I reminded myself that within six hours, my plane would depart for Thailand.

Motivated by the desire to see my brother and his wife in China, the journey was not without its adventures. The first problem originated because of my insistence of forgoing a visa. The cost of a visa application for an American citizen intending to travel to China was more than I could comfortably afford—around $200, the same as my plane ticket. As an act of supporting business tourism throughout major Chinese cities, such as Shanghai, a visa wasn’t necessary if the country of origin and departure were separate. While the specific rules varied on the city, Shanghai allowed for a liberal six full days of undocumented access if I didn’t return to the country I had departed from.

As is often the case, theory and reality can be dramatically different.

I cried as they turned me down. All of the money gone to waste. The airline attendant was adamant, eyes cast down, refusing to meet my gaze as he explained about a small connecting flights clause I had overlooked. My flight departed. I was not on the plane. The airline company did not respond to any calls or emails. Alone, single bag in tow, I wandered the arrivals terminal pitifully until my flight out the next morning directly to Shanghai.

Shanghai didn’t wait until I was emotionally ready to process it; fresh out of the airport, backpack-turned-pillow in tow, I experienced a human tidal wave in Yuyuan en route to the Lunar New Year lantern exhibit. Backpack strapped on and stuffed full of all my travel items, clothing included, I turned too quick and sent the tourist next to me flying. I realized I didn’t even know the words to apologize in Mandarin. Everything was moving fast, just fast enough for me to try and forget the earlier trauma.

It was only day two when I got a bad feeling in my stomach. My brother, his wife, and I were sharing food at their tiny wooden dining table—a white checker square with mail and, oddly enough, a roll of toilet paper piled up in the corner, barely big enough to fit two people, let alone three. His wife opened up a new snack package and gestured towards me to try it. Try it I did. My brother offered me some red, withered up fruit, like large cranberries. Chinese dates. I eat them, too.

“Oh,” says my brother as an afterthought. “Probably should have washed those before I gave them to you.”

When I wake up in the middle of the night and slither off of the cot into the darkness as silently as possible, the bad feeling in my stomach really begins. For the rest of the morning, I’m immobile, but I didn’t fight my way to China only to spend it inside. I stuffed a roll of toilet paper stolen from the kitchen table into my purse (now I understand its purpose, its placement front and center on the kitchen table) and pray to whatever god of overseas travel that I don’t have to use it.

Instead, I got the stomach bug in a Buddhist temple. A smoky fragrant scent of incense was in the air; it seemed to calm me down. A few pink petals were blossoming around monks that scuttled from one building to another. I tiptoed, taking pictures of everything. Despite the noise in the city, this place felt delicate and untouched. A few people gazed at me curiously, a haggard and lonesome traveler, but I was left otherwise undisturbed. During the day, I navigated the city in a data-less daze, my body moving lethargically. I felt fragile enough to be trampled beneath the crowd of people shoving themselves on and off the subways.

Despite the stomach pain-induced delirium, my impression of Shanghai was positive; I walked around, isolated in my own wonder. There were constant noises, people calling, hard honking, someone asking me to look at the goods they’re trying to sell. But it was soft, too. Everything was decorated in celebration of lunar New Year, and I had to ensure that none of the red, low-hanging lanterns took me out by the neck. It’s a place I still don’t understand, and there was excitement in that unknown, energy in the uncomfortable. The pain in my stomach faded for hours if I kept busy trying to understand this beautiful, tangled mess of a city.

On day five, my brother’s wife and I embarked early in the morning towards a neighboring water town, Suzhou. It was my first and only foray out of the city of Shanghai. We had woken up at 5 am in order to get an early train out into the rural area, and even though my eyes were crusted over, I couldn’t stop bouncing in my seat. As soon as we arrived, my brother’s wife insisted on something sticky and savory with multiple layers of egg with a black goo that dripped over our hands, something like a fancy cake. My stomach gurgled, and knew I was tempting fate, but as I bit down, the pain was worth it as the new flavors appeared.

The next day, I said goodbye to my family in downtown Shanghai, giving them each a quick hug. My flight to Bangkok the next morning was set to leave at 6:00 am, bright and early, so there was no chance of spending one final night. Lying sleepless on a linoleum floor, counting down the hours to my flight, an emergency roll of toilet paper (my only souvenir from the city) packed away carefully in my travel bags really seemed like the only appropriate way to round off my turbulent trip to China. Although I was immensely happy to be leaving China, that feeling didn’t stop me from looking out the plane window and catching one final glance of the country I was lucky enough to spend a week in.

Taylor Bond is a writer and photographer primarily based in East Asia. She runs Half Rats Travel and regularly publishes a wide variety of writing, including poetry and prose.