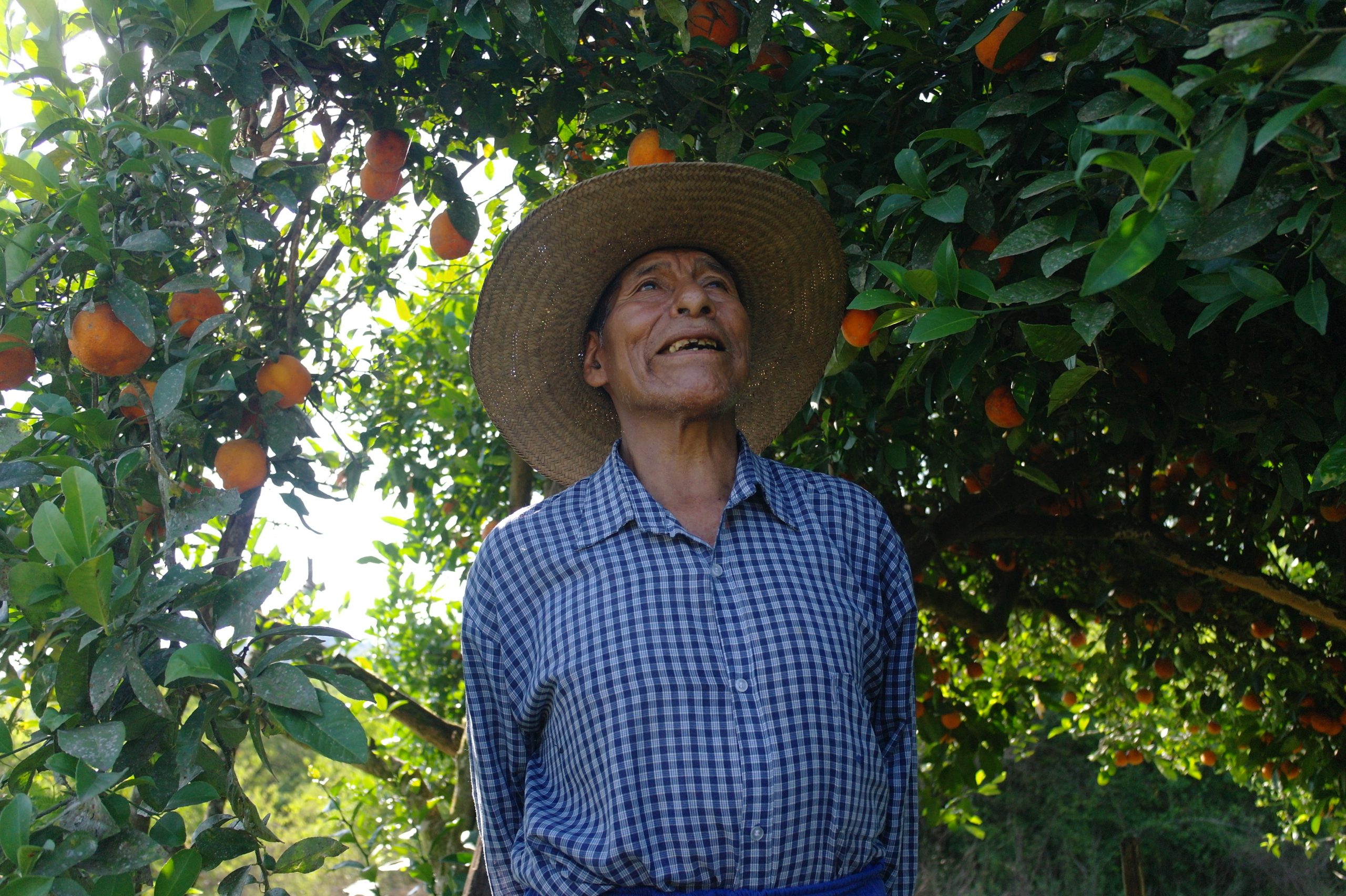 A writer researching the Kolla peoples of Argentina hears the story of their fight for freedom from an elderly nurse and former slave.

The first time I met Saturnino Vargas, he welcomed me into his house. A thick green jungle was the living room of the crumbling wooden cabin that was his home. Saturnino spoke a Spanish dialect with a strong Andean accent. The sounds melted into his mouth, mixing with the coca leaves, and I strained to understand the paths of his confession.

Sister Hannah, the Kenyan nun who accompanied me along the journey, was a beautifully strong woman who could easily be imagined standing alongside Aretha Franklin during a gospel. Her Spanish was forged with a clear African inflection that made her sentences hardly comprehensible when words beginning with b were involved.

It had taken me several days to gain the privilege of a personal interview with Saturnino, and probably only Hannah’s presence had eventually made it possible. As a result, I was now sitting on a chopped wooden trunk, ready to listen to Saturnino’s story, an honour granted to me under one condition: I would give the story back afterwards.

I didn’t want to miss a single word of the conversation, and Saturnino’s strong accent challenged my ears. Only the habit of using a record player calmed my anxiety.

In order to reach Saturnino, me and sister Hannah had crossed a route on which one could easily get lost. The so-called Argentinean Yunga is an unknown jungle that lives at the north-western border of the country, where Bolivia can be seen from the river’s shore. Tourism is not an option there: the place is highly isolated, public transportation is deficient and the closest town is known as “the hot desert.”

The Yunga has no roads or signs to guide a traveller, yet people have been living in its valleys for decades. From those hidden villages, people look up at the Andes as children look up at their godfather. Respect is what it takes to live with nature here.

Sister Hannah visited several villages weekly in order to serve their churches, and she knows her way into the deep green forest. I was baptized by chance, and I never made it to Holy Communion, but Hannah understood that friendship went beyond God’s rules. She had a joyful smile and carried on an inspiring mission, which I joined for a blessed amount of time.

When the sister parked her Land Rover in front of Saturnino’s wooden cabin, the whole situation seemed to me surreal to point of becoming perfectly normal.

I had landed in Salta, Argentina a month before, dragged by a research project on Kolla people, the first Indigenous group who obtained the restitution of ancestral lands from the national government.

Kolla’s slavery is interlinked to an extremely lucrative enterprise: a refinery named San Martín de Tabacal. In 1930, San Martín de Tabacal owned 1 million hectares, and by 1940 it was the biggest sugar producer in the world, counting on more than 16,000 forced workers.

During the harvest season, the Costa brothers, the formal owners of the company, organized the transportation of Indigenous people in trucks or trains. As for the Kollas who lived too far to make it to the train station, the trip to the refinery had to happen by horse or on foot.

Officially, the registered workers were adult men, but many minors between the ages of 12 and 16 took part in the sugar cane collection. Among them was a young Saturnino.

Saturnino remembers being kept as a slave to cut sugarcane under a 40° jungle-hot sun. He stared at me deeply while recalling the details of his past.

A regular workday started at 3 or 4 in the morning and ended at 8 in the evening. No light would touch the sugarcane harvest at such early hours; the guards in charge of the operation had to light kerosene torches that more than once caused accidents and chaos.

Kolla’s fight for freedom would last decades, and it ended with a change to the Argentine Constitution, the formalization of communal property, and the setting of a judicial precedent in the Indigenous rights movement.

But freedom did not come without cost for the Kollas, and I could see the struggle in Saturnino’s eyes. His smile was warmer than daylight, but bitterness had made its way into my heart.

That bitter smile reigned over his confession, as if only humour could save us from the desolation of such painful memories.

I never dared to interrupt Saturnino’s word-flow, which rarely followed the rules of exposition or consequential logic. Instead, it followed the unpredictable paths of feelings, memory and love.

I often felt a kind of shame during my meetings with that old man. Nothing personal; instead, it resembled more a historical reproach, a deep need to say sorry, but the word never sounded like it was enough, so I kept recording our conversations, hoping that one day I would conquer if not history, the forgetfulness of time.

Later, the refinery of San Martín de Tabacal lost its monopoly on sugar production and freed the Kollas from sugar cane collection, but not from land slavery.

The first attempt to demand land restitution happened in 1946, when 60,000 Indigenous representatives walked 2,000 km down to Buenos Aires to demand property rights on ancestral lands from the new President Juan Carlos Perón.

The President had announced the longed-for agrarian reform during the electoral campaign to gain support from rural populations, adding fire to Kolla’s hopes. As a result, the three-month march known as Malón de la Paz began.

The reception was promising, recalls Saturnino. “Eva Perón gave us flowers,” he says. “They even offered us hospitality at the immigrants’ hotel.”

Soon the reality hit the march: the Argentinean Federal Police forced the Kollas into a train and transported them back to the Northern town of Jujuy, far enough to be forgotten in the same desert where they had come from.

It would take fifty more years for the movement to reorganize, find the right leaders (among them Saturnino’s cousin, the Kolla lawyer Eulogio Frites), and finally obtain the restitution of their ancestral lands, together with a blood-blessed freedom.

Sister Hannah is there as Saturnino tells his story. Every time sister Hannah came along, she would take a day off. That day, her Catholic duties would wai — she looked like a child skipping school. Hannah was even more fascinated by that wise man who believed in a different God and prayed to him in a different way.

“But I didn’t sit down after we won the fight,” says Saturnino

I stare at this old man, who’s still gardening at 82 years old. He recalls the most remote details of his life as if they had happened yesterday.

“I am a nurse, and I kept curing people with my knowledge of Indigenous plants, traditions and spirituality.”

Saturnino’s magical craft was rooted in Indigenous spirituality. I looked around while he explained his diagnostic procedures and healing treatments. A mystical reality emerged from the deepest green towards an even deeper blue. I was never too sure how to relate to such extraordinary anecdotes.

Saturnino has assisted 434 childbirths within the territory of Finca Santiago, cured around 50 cases of cancer through urine therapy and offered spiritual guidance to his people in the name of Inti, the ancient Incan Sun God.

Years have passed since I last saw this man with the strength of a giant and the smile of a child. Sister Hannah, who hosted me during my field trips, keeps me posted about Saturnino’s health twice a year.

Ever since I left his humble wooden cabin, I have remembered Saturnino as the richest man I have ever met. I have carried his story for years without being able to tell it. Somehow, I have felt like the one who does not know how to write. Only the fear of his death has forced me to put my memories on paper and release them from my heart.

Western astrology believes that as Saturn returns to the degree it occupied in its orbit at the time of birth, a person enters the next stage of their life. Discipline, patience and self-restraint are empowered by this critical conjuncture in the sky.

May Saturnino’s strength keep coming back to me in critical times, his smile shooting fiery arrows to cut through memory with words. May the gravity of his will touch me every time I feel sweet as sugar, bitter as life.

Maria is a freelance writer with thousands of miles off-shore. She works as a communication specialist in the travel industry and speaks fluent English, Italian, Spanish, and Portuguese. This is her website www.mariabetteghella.com