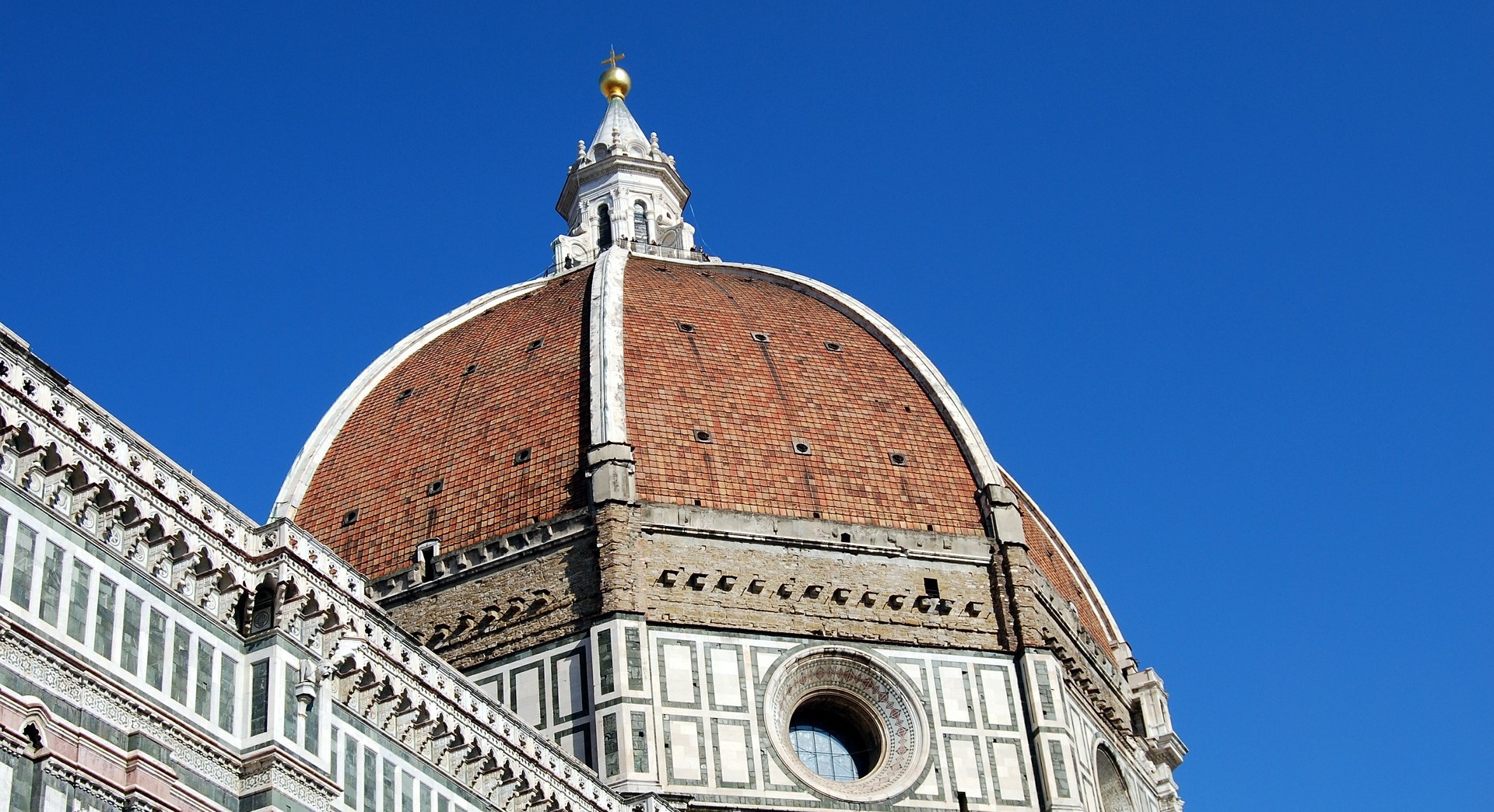 A courageous traveler refuses to let a progressive neuromuscular disease prevent her from achieving her dream of climbing Florence’s iconic Duomo.

Steps are hard.  In fact, having been born with a rare neuromuscular disease, steps are basically my nemesis. As I stood in line on that bright, sunny morning, waiting to begin the climb to the top of the Duomo in Florence, questions as to whether attempting this was the right decision started to creep into my mind. Had I taken on too much of a challenge? Would I be able to succeed? What was I thinking setting this big of a goal for myself?

When the planning started for this dream trip to Italy, from my small town apartment in New York State, I had read that the climb to the top of the Duomo was not for the faint of heart (463 narrow steps are required) but that the views and experience were amazing. Being the stubborn and determined person that I am, I made it my goal to do this climb even if it would end up being the equivalent to my own Mount Everest.

I would have a lot of work to do if this was going to be achieved. Training,  something I really wasn’t looking forward to, would be necessary if I wanted to achieve this ambitious mission I had given myself. After work each day for months, I would force myself to go to the gym to try to build up my strength; a big challenge living with a neuromuscular disease. As my disorder is slowly progressive, over time, I lose muscle tone, endurance and balance.

Very slowly and over the course of three months, however, my strength started to build. I was able to work out for longer sessions and push myself a little bit harder. Maybe this goal could actually become a reality!

After six months of training, I flew into Rome and took a train to Florence. The city had a small town and homey feel to it. Outdoor markets were abundant and delicious smells surrounded me as I navigated the small streets and alleys, luring me into family owned restaurants. I celebrated my arrival to the city and fueled up for my trek the next day with pasta and gelato.

I woke up the next morning feeling refreshed and a bit anxious. Today would either be a success or failure for all that I had worked for. As I walked toward the Duomo, its white, green and pink marble exterior seemed to loom over me. Its intricate design of color and sculpture, beautiful but intimidating, as the massiveness of this historic building was highlighted. Doubting thoughts still filled my head, but I continued on. Giving up now after all the work I had put in was not an option.

I had arrived early in the day to try to avoid the crowds and planned to let people pass whenever there was enough room to do so. I also convinced my best friend (who is afraid of heights) to assist me. We were both going to have to overcome some nerves to make this happen; she with her fear of heights and me with doubts of what I could physically do.

Beginning the climb, the stairs quickly became narrow with only enough room for one person at a time. There was no railing, making the climb more difficult. Holding the hand of my best friend and leaning on the wall to help push myself up the steps, our progress was slow but steady. Whenever there was a small window or opening, I would press myself up against the side and allow others to pass me.

Surprisingly, the other climbers were all very supportive, and each person thanked me for letting them go by. Some even said that I was inspiring them (as they were also having difficulty with the ascent). This brought a sense of relief…. one fear was that others would be mad or frustrated with me.

Halfway up the climb, we paused to admire the beautifully painted dome of the church, which depicted Judgment Day at the end of time. Jesus and the Devil battled over souls and where their final destination would be. The center of the dome was full of light blues and golden yellows, featuring Jesus on the throne with his faithful followers sitting peacefully around him. The bottom edges of the mural contained dark reds and blacks with people depicted in agony as they were to be damned to eternity in Hell. We could have studied the painting for hours but knew that we must continue on with our trek.

Before we knew it, we were almost at the top! Climbing over the exterior of the dome, the steps became steeper and more difficult. My friend began to panic, and I had to assure her that we were close to the end to calm her fears. Then, as we reached the final section, it was her turn to encourage me.

The final steps to get to the viewing area at the top of the Duomo became like climbing a ladder, which would emerge through the floor on the outer part of the church. If I thought the 463 steps were bad, a ladder was near impossible.

Summoning whatever strength was left, I started ascending the ladder (with my friend behind me). It was going well until that last two rungs, when there was nothing to hold onto in front of me. Just when I started to feel defeated, I felt two sets of hands grab onto me and help me up the last two steps.

Emerging through the floor, I realized I had accomplished my goal as everyone at the top began to clap and cheer.  All of the people I had let pass me on the way up were at the summit and were sharing in my accomplishment. At that moment, although we were all strangers, we were also all connected. We had managed to achieve the same goal, and as much as I fought to achieve it, they were all rooting for me as well.

As we looked out over the town of Florence from the top of the Duomo, tears filled my eyes. The view of the city was incredible. There was a serene quiet as we took in the reddish-orange tiled roofed buildings, the Arno River with the historic Ponte Vecchio Bridge, and the distant Santa Croce Church. It was then that a fellow tourist approached us and asked me to hand him my camera, explaining that he was a photographer from Australia and that he would be honored to help us capture this occasion.

Fourteen years later, and now my abilities have deteriorated further, so accomplishing something like this is impossible. Whenever I look at the photo from that day, it serves to remind me that overcoming huge obstacles is possible and that life is short and unpredictable. It was Jewel that once sang, “Fill your lives with love and bravery, and you will lead a life uncommon.” I’m so glad that bravery won out that day and that I’ll always have that memory to cherish.

Kristin Secor is an avid travel lover, who despite having a neuromuscular disease, doesn't let that stop her from pursuing her passion. She has created www.worldonwheelsblog.com, an accessible travel blog, in order to share her experiences in the hopes that it will help others plan their own accessible travel.