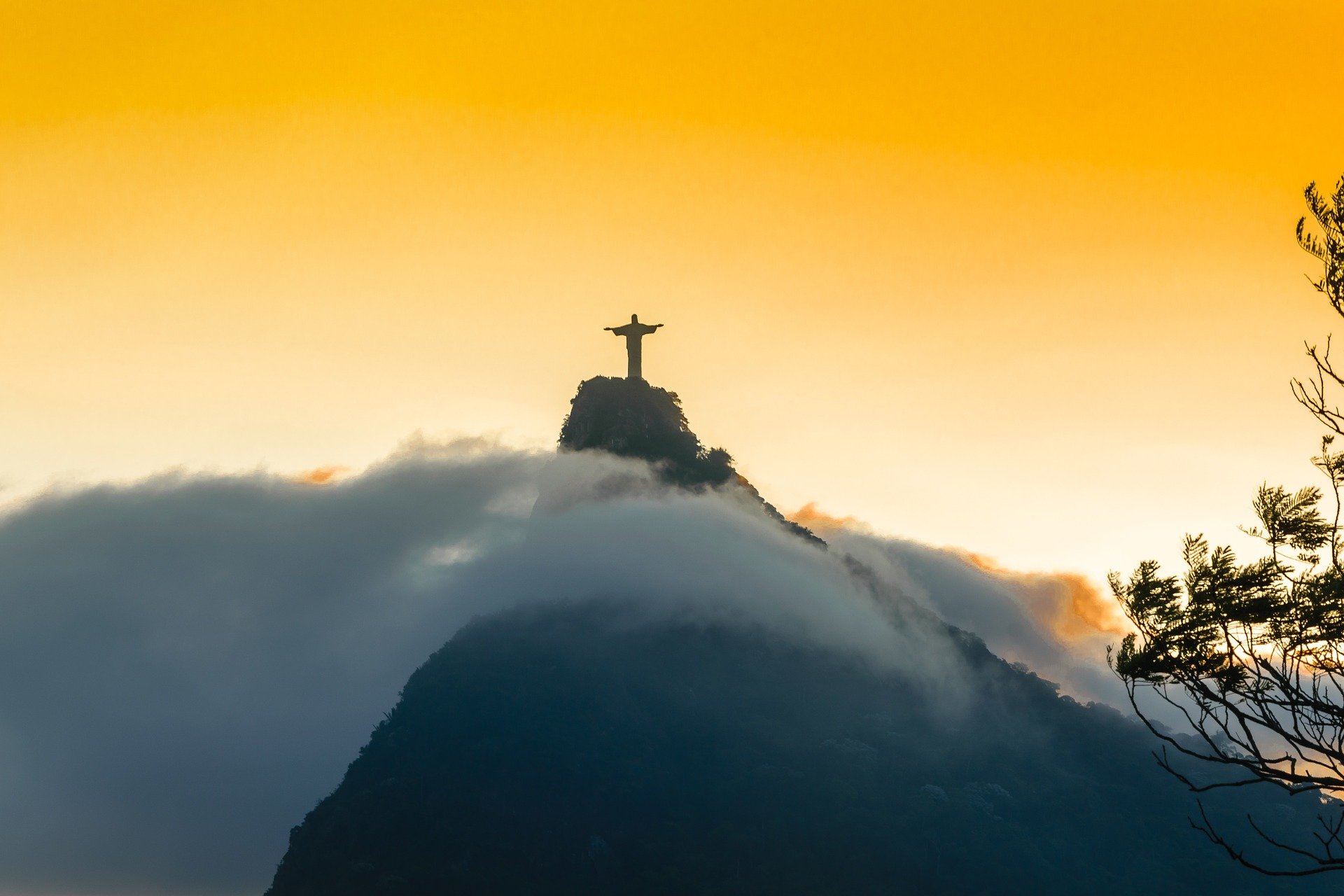 By Alejandro BastidasMarch 9, 2022March 11th, 2022South America, What It's Like
No Comments

In a new series for Intrepid Times, we look at what it’s actually like to travel in various parts of the world, with first hand stories and testimony of locals and travelers alike. Today, your guide Alejandro Bastidas takes you from Colombia to Chile, Ecuador, Argentina and beyond…

Traveling in South America is best described by the word salpicón. In general terms it means “medley,” usually referring to different preparations of food, but in Colombia it is the name of a tropical fruit cocktail. It represents variety, mixing the unexpected in a way that is somehow harmonious, but the word cannot be confined to a single meaning. It is reinterpreted differently by each culture and nation, although the essence is the same, and that is what South America is all about. If we were to try and fit this continental traveling experience into a box with a single label, it would burst eventually, the wood cracking louder than Spanish-speakers in celebration; a musical potpourri would blare in the background and invite the soul for a spin. South America speaks of resilience: its people nurture their heritage and culture against all odds; the ancestral fauna and flora thrive under the protection of different native communities. Just look up at the trees in South America, notice the birds that fly by them, like the toucan and the Andean condor, then take a look at the fruit coming in shapes you never knew existed—dare to take a bite and learn what real fruit is supposed to taste like.

This shift of perspective is what South America does best. It transcends taste and lands on sound, as well. Variety lives in the language, creating a rich tapestry of idioms, accents, slang, rhythm, and intonation. As if nine Spanish-speaking countries weren’t enough, there’s also a blend of Portuguese and French on the continent. Try to imagine all the songs, stories, and poems that celebrate these flavorful languages, or just walk around any South American street to hear them from the locals yourself.

My name is Alejandro, and I was born in Cali, Colombia, the capital city of salsa and terrible drivers, a city that could be a small town in its own way, but immune to monotony, decorated by the yellows and pinks of Guayacán blossoms. To understand Cali, and most places in South America, travelers should know how the entire continent shares both a history and a present of turmoil, one that is reflected in cities and towns alike, in the expression lines of locals who have seen more than they tell—the same locals who find ways to persevere through any storm. They are the heart of the strange dichotomy that lives in South America.

This endless tug between beauty (reflected in culture and nature) and pain (inherited and endured), is described by North American traveler Anna Richards in her story “A Book for a Book,” set in Valparaíso, Chile:

“Chile has one of the greatest wealth disparities of any country in the world, but the president, Sebastián Piñera, is a billionaire. The city was color and creativity. It was political statements, it was a nymph painted on a skyscraper. It was a rickety cable-car that transported you from the wealthy banking district to a plaza of mosaic hearts up in the cerros (hills). No-one was disrespectful enough to vandalize the vibrant, under-the-sea murals of tangled eels, but government buildings and shop fronts downtown bore angry black lettering, shouting in capital letters, ACAB (the universal “All Cops Are Bastards”), FUERA PIRAÑA (“get out, piranha,” a play on words on their president, Piñera), and PACO CULIAO (literally speaking, “motherfucking cops”’). There was broken glass, and on one corner a dead cat, swarming with flies, mouth half-open in a grimace.”

Ask the locals what has been done to them; ask them how beauty manages to flourish and thrive in those conditions, and remember to honor South Americans and their resilient culture regardless of how you navigate through their continent. Do that and the locals will embrace you in their home, reveal secret recipes, and sing of family histories; they can even teach you how to laugh at life in a new way.

While Richards experienced the idyllic beauty of Valparaíso and simmered in its contrasts, she was mugged, as it happens, but moments later she felt the kindness of a Chilean stranger who gifted her a book to replace what had been stolen. South Americans never let you leave empty handed, though sometimes this doesn’t happen in a literal sense. They will gift you a piece of themselves, of their land, so you can carry it with you anywhere and add a little color to your own landscape.

Some countries have a special allure to them, and their stories fascinate adventurers to the point where they must turn fantasies into reality, as Canadian traveler Kayla Kurin describes in “Written in the Stars“:

“I’d wanted to visit Ecuador ever since my roommate in university did a semester abroad in the Galapagos and came back with stories of endless blue seas and lumbering giant tortoises. The thought of exploring Ecuador, hiking through lush forests at high altitudes, and swimming with the sea turtles with my new beau was recklessly appealing. Who wouldn’t want to try that? And there is certainly no shortage of things to explore in Baños. The small valley town where we started our adventure together was teeming with life. We cycled to waterfalls and hiked to giant swings that make you feel like you’re about to topple off the cliff with each push.”

To say South Americans like to party would be an understatement. Every country would argue that their parties and festivals surpass those of other neighboring countries, inciting an argument over musical genres, artists, and dances. Argentinians will proudly defend their music any chance they get, and with good reason. Traveler Maria Betteghella describes the enchantment of tango salons in her story “Especially Tonight“:

“I am after my next tango salon: milonga, that’s what they’re called. Buenos Aires is full of them, of all kinds: fancy milongas, cheap milongas, even forbidden milongas, cosy rooms that welcome the dancing attempts of regular customers, curious tourists, and people like me, who are neither. I guess they call us travellers.”

Just as the options of tango salons are limitless in Argentina, so are the effects of tango on the dancers and listeners alike. Some find refuge in their partners, translating the music with their bodily movements, without needing to understand each other to engage in intimate conversation. For others, the dance might be a reconciliation between past and present, where nostalgia and hope intertwine like the fingers of dancers who do not know each other but somehow belong together in that milonga. This is the power of South America’s secret languages.

Maria recalls a conversation with her tango instructor about what makes this dance unique:

“If the man decides the moves before the woman, tango will be forced. He needs to listen to her. If the woman anticipates her man’s intention, the dance won’t flow: she needs to let him know. Most importantly, they both need to trust each other.”

These experiences cannot be understood in documentaries or textbooks; they must be lived in the flesh, shared with the locals in reverence to their heritage. A wealth of cultural rituals awaits in South America, offering an opportunity for travelers to connect with the deepest parts of themselves and the land around them, as if they had known each other for ages. In that sense, traveling in South America feels like a homecoming.

Adventurers searching for natural wonders that will shift their understanding of landscape need only head over to Bolivia. Just ask travelers Kara and Nate Buchannan, best known for their travel vlog channel “Kara and Nate,” about their journey through the Uyuni Salt Flats. Here the sky and the earth converge, and nature plays a trick on the mind, distorting perceptions of depth and space while giving a new definition to beauty. Should you get the chance to visit the salt flats, make sure to bring a table and some chairs to have the best scenic meal of your life, as the two travelers did with their tour guide. Who needs restaurants when you can enjoy Bolivian cuisine sitting on the clouds? This place also rewards the patient traveler willing to stay past the spectacular sunset: the Milky Way comes out to play at night and spreads itself over the entirety of the salt flats.

There is no greater tragedy than denying yourself the chance of visiting a continent because of the outdated stereotypes that have been attached to it, usually by people who don’t know what they’re talking about. Colombians know these labels particularly well. The country has been summarized by the violence it has endured, whereas the beauty of its people and the spark in their souls is often disregarded, steering the conversation away from what makes the country so special. Colombians take something intangible, such as their spirit, and make it flourish in their infrastructure, in their communities. This is how they regain control over their nation’s narrative.

In her story, “Medellín: A City Transformed,” traveler Alison Spencer narrates how a troubled city blossomed into a jewel that charms locals and travelers alike:

“A city once afflicted with chaos and bloodshed now stood as an urban epicenter filled with industry, entrepreneurship, art, and soul; and from Comuna 13 to San Javier, I would spend the day seeing, feeling, and experiencing this transformation first-hand, the resilient way in which Colombians have utilized their past to spark change, support peace, and move forward. […] Through their communal efforts, the rubble slowly dissipated and, alongside this physical rebuild, came a strategic cultural shift. To provide the next generation an alternative to violence and drugs, the inhabitants invested in youth culture, one piece of which was the creation of street art, which now covers almost every available wall. These murals not only bring life to District 13, but they also beautify a once turmoiled neighborhood by recounting the very past that plagued it.”

South America is both an instrument of change and a colorful monument of resilience and magic. It honors nature and tradition with its diverse melodies, inviting all travelers to dance along its mountain ranges, deserts, valleys, and beaches until their feet begin to hurt, while the soul, graceful and uplifted, smiles and decides to keep on going with the journey.