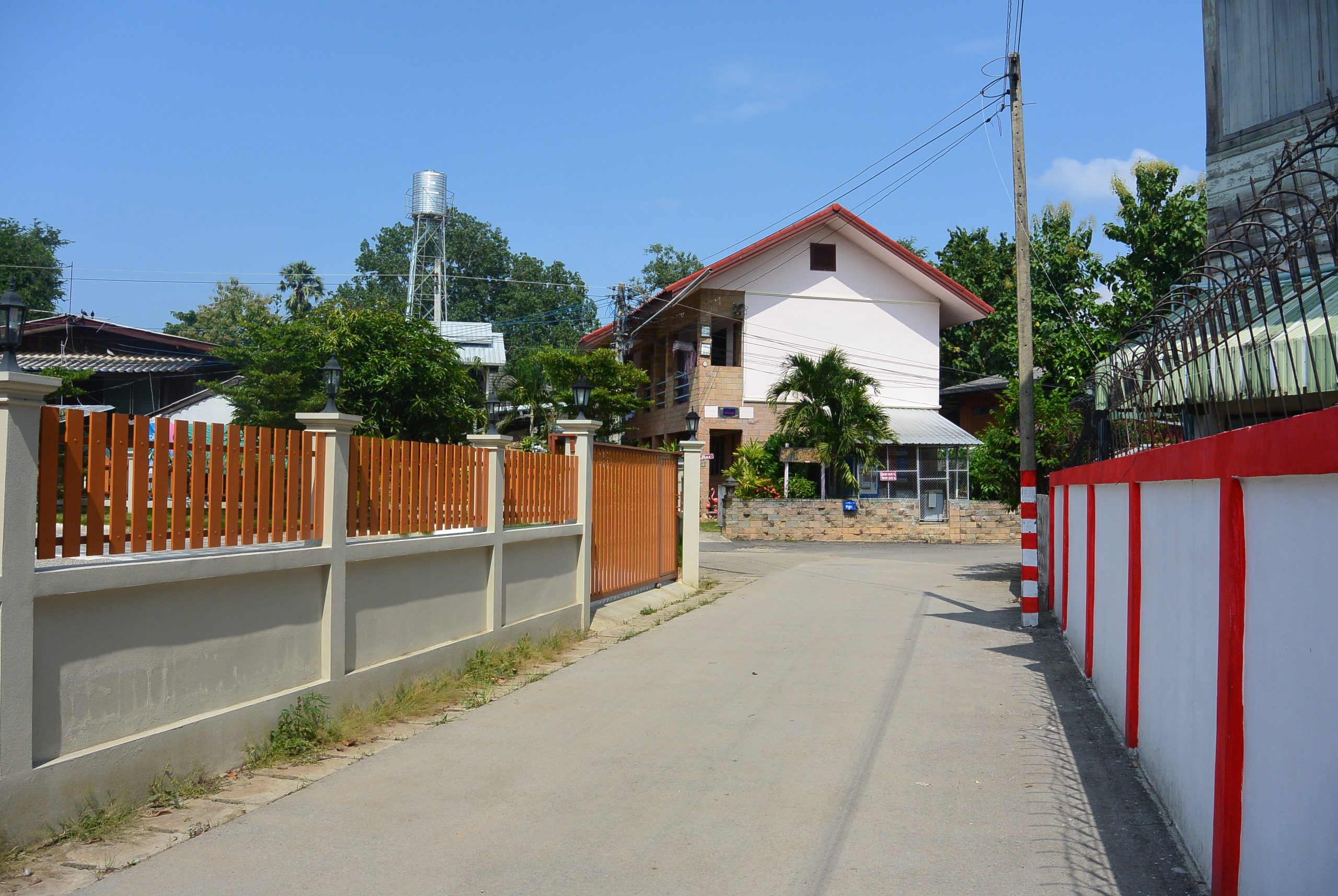 Hung Out to Dry in Thailand

By Jennifer RobertsApril 26, 2022Asia
No Comments

When an American expat in Thailand finds herself trapped in a precarious situation, she is forced to confront her fears in order to escape.

Hot, humid air crept over the balcony railing and hung heavy around me, undulating slowly back and forth over the ceramic-covered surface like flies in the middle of summer. It would dry the clothes I was hanging quickly enough, but coming off a tough teaching week that had left me feeling homesick after several months in Chiang Mai, Thailand, I wished for the simplicity of a dryer.

I reached for the other side of the rack, trying to squeeze my body past the screen door that separated my second floor studio apartment from the balcony. The process had already become monotonous, and today it was frustrating, and even the slightest delay was intolerable. I slammed the door shut, giving myself room to pass, and finished hanging the cotton T-shirts and billowy elephant pants that were weighing down my laundry bag, pushing at the seams like fish caught in a net.

The clothes hung and already drying in the Thai sun, I turned to open the door, only to find that it had somehow locked itself after being slammed shut. Bending down to see what the problem could be, I panicked as I saw that the lock had wedged itself against the screen door, making it impossible to open–a design flaw I would certainly be bringing to the landlord’s attention…if I ever got off the balcony.

My breath came in quick heaves, pushing against the languid air around me. What now? Maybe I could reach the handle through the window…nope. Maybe I could force it open by hanging all my weight on it…nope, not even with the five pounds I had gained eating every new Thai dessert I stumbled upon. Maybe I could yell for help…well, that would probably work, but I would have to sacrifice my pride and any respect my Thai neighbors had for me. They would go from thinking the American was a nice addition to the complex to thinking she was incompetent and crazy. Nope.

I took a deep breath and looked over the railing, drops of sweat already beading on my tanned, nervous forehead. It wasn’t really that high, 10 or 11 feet perhaps. Maybe I could jump? I looked down at the flip flops on my feet and at the rocks and tall grass below. Nope. I leaned on the metal railing, the flaking paint pinching at my arms, and put my chin in my hand.

There was a simply built wooden house behind the apartment complex, and at night I would often lean against that same rail and watch as the large family that occupied it gathered in the covered garage for dinner on the evenings when the heat refused to dissipate. The lilt of the Thai words they spoke would twirl into the shiver of the palm trees, the moon rising overhead, and I would allow myself to imagine sitting alongside them, part of a family again.

Perhaps one of them would come outside now, and I could wave them down without the embarrassment of yelling. I waited. Nothing.

The gentle clinking of the chimes hanging from the trees around the nearby Buddhist temple made their way onto the balcony, reminding me to slow down my breathing before a panic attack settled in. I had heard the monks from the temple chanting on Buddhist holidays, when I would picture the large golden Buddha that I had kneeled in front of several times now, trying to convince myself of the existence of the kind of universal energy Buddhists believed in. At this moment, though, faith would likely be of little help.

After another five minutes, as I was contemplating what it would be like when the Thai police followed the strange smell onto my balcony, only to find a withered body next to my thoroughly dry clothes, I noticed a small orange pipe, the color of the monks’ robes, running down the side of the building. I reached over and jiggled it. Solid. It would hold. I would just need to get down low enough that I could step onto the grate covering my first-floor neighbor’s window. I would feel bad frightening that poor neighbor if she happened to be home, but all of the options before me involved a sacrifice of some kind.

Maybe a little faith wouldn’t hurt after all.

Deciding that a risky venture down the side of the building was better than the slow starvation waiting for me on the balcony, I swung my right leg over the rail, followed by the left, placing both feet on a small ledge only wide enough for my toes to grip. I looked over my shoulder at the ground below. No, it wasn’t that high. Surely my sister and I had climbed taller trees as kids.

I grabbed the pipe to my left as I shimmied down the wall, leaning back slightly to put pressure on the bottom of my feet and stop them from slipping. After a few steps down the wall, the pipe was still holding…and then it wasn’t. It started to pull away from the pink concrete, a few centimeters at a time, and my eyes darted to the space around me, willing another pipe to appear. There was nothing, and as a bit of concrete worked its way loose under the pressure of the pipe, the crumbs tumbling like a tiny landslide past my head, I had to decide whether to free fall or jump down to the metal grate. I chose the second, grabbing the warm iron bars just as the pipe slid a few more centimeters out of the wall. Five more seconds, a little more shimmying, and I was on solid ground.

The individual murmurs of the insects living in the brush beneath my feet came together into a resounding applause as I laughed at the absurdity of it all. My gaze went to the clothes swaying on my balcony, and I let the laugh drift away, realizing I still had to figure out how to get back into my locked apartment.