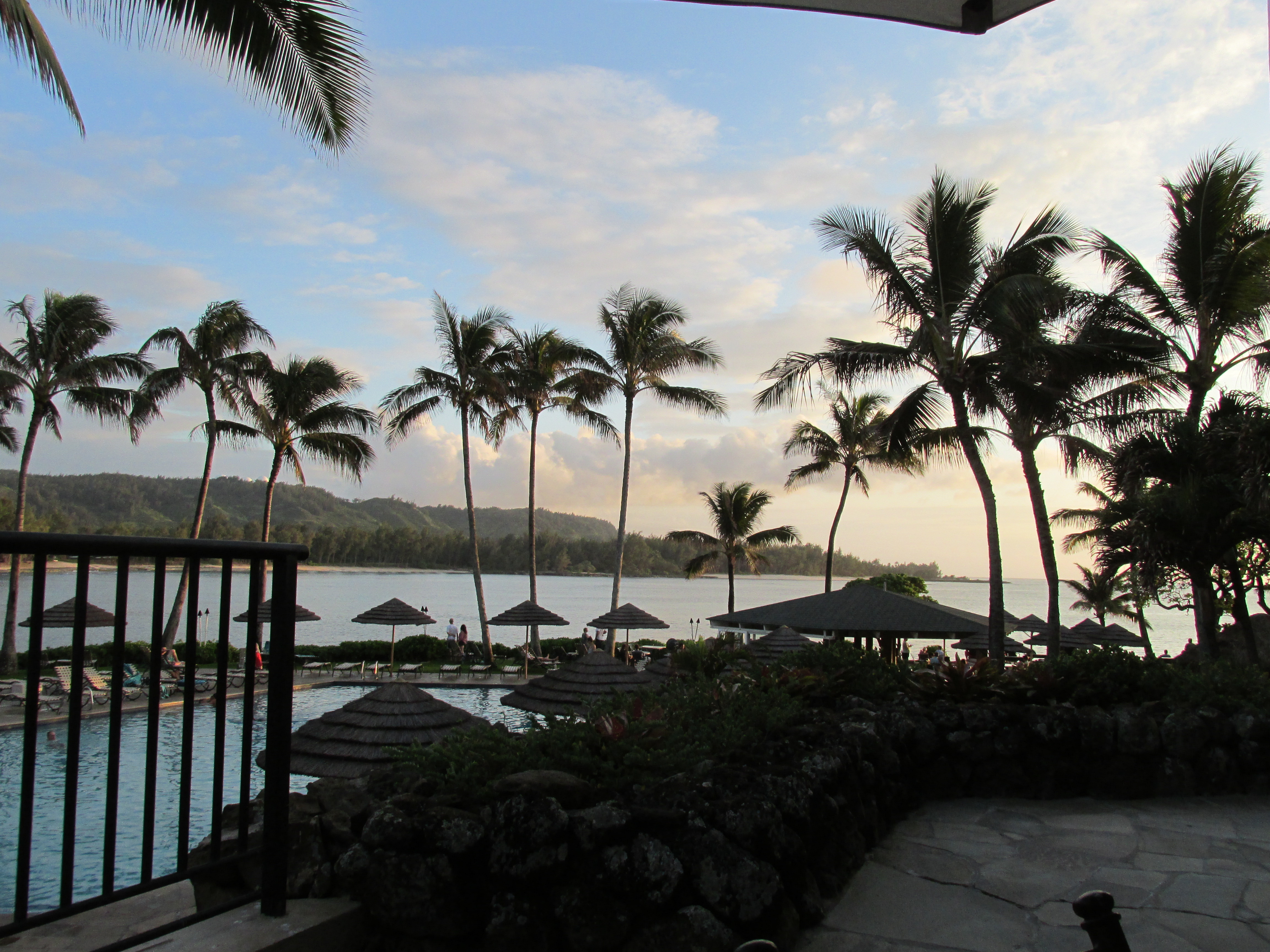 It’s dusk in Oahu. The kava is being passed around, and our writer witnesses a new kind of local ritual.

Just up the trail, an extremely pretty young woman – tall and slim – with the lines of a runway model, is making a show of frustration as she speaks Russian into her cell phone. She approaches the trap slowly, seemingly unaware, seemingly totally absorbed in her phone call. Her voice rises and falls, she strikes a petulant pose. She is defiant, impatient, appeasing, adamant, and apologetic by turns. Still “dealing,” she catches my eye, takes in Nifo’s squad, the coolers, the beer, the kava, and Nifo himself. She is painfully blonde, beautifully Slavic, with high cheek bones and improbably green, almond-shaped eyes. She’s wearing a diaphanous sari of sorts, splashed with a colorful tropical flower print that’s somehow frothy and clingy at the same time. Her stiletto-heeled, opened-toed “sandals” wrap up her ankles to mid-calf and probably contribute to her remarkable gait. Heel toe, heel toe, heel toe. Snapping the phone shut, she smiles brightly and joins us.

A young Samoan casts his net, and she allows herself to be caught. No, she’s never tried kava and would love to try some. Yes, she’s Russian – from Saint Petersburg. Her name? Svetlana. No, she’s never tried octopus, but she just loooves seafood. Accepting a fork, she wolfishly digs into a plastic cup of seafood salad. Oh, the phone call? It’s nothing – just her sister, who is trying to negotiate the H-1 and doesn’t speak English and, well, she’s never on time anyway.

A twenty-something hotel guest, wending her way from the beach back to the hotel, spots the Russian “model” and slows just enough to be ensnared by one of Nifo’s foot soldiers. By ones and twos the “party” grows to a dozen or more. Mostly single women ranging from their late teens to mid-forties. Dusk turns towards early evening, and the “impromptu” gathering is illuminated by the distant parking lot lights, residual light from the hotel lobby’s floor-length windows, and tiki torches lining the paved walkway.
The young Samoan looks on in dismay as Svetlana polishes off the seafood salad, declines the kava after all, and starts in on the little plastic tub of octopus. As though on cue, Nifo begins heading her way, with hasty apologies to the athletic-looking brunette in surfer shorts and halter-top he’d been chatting up.

Simultaneously, as though on cue, Svetlana turns brightly to me, and between her dainty (if determined) bites of little white and lavender tentacles, I learn that she was a television news anchor in Moscow, thinks the American news media is just awful the way it treats President Putin, and that Ukraine actually invited in Russian troops to keep order. I mention that I’m here in Oahu for a week with my wife – as hotel guests. I notice a rather fresh bruise under her left eye, barely visible from underneath the artfully applied makeup.

Nifo falters in his approach. Svetlana seems rapturously engaged in conversation with me. He shrugs his massive shoulders, opportunistically scoops up a fresh cup of kava in each hand, and turns back towards the brunette.

Svetlana’s phone rings – the ringtone an odd strophe of throbbing eastern European “rock” – and checking the caller ID, she glances down at her watch. I notice angry finger marks on her left wrist, barely visible through her golden tan.

It is now quite dark outside the pools of light. I glance back at the kava klatch and notice that the mixed couples have moved off and that the Samoans have paired up with the “single” women who’ve remained.
Svetlana sets down the little tub, now empty of octopus, and sheepishly (and a tad conspiratorially) asks me to escort her to the “ladies room.”
I walk her down the path towards the hotel, and as we walk up the stairs to the hotel rear entrance, she slips an arm around my waist and makes smiling small talk as we pass through the doors. Once in the lobby proper, she smiles, thanks me, removes her arm, and strolls toward the rest rooms. She veers off at the last minute to mingle with the milling crowd.

I think better of returning to the kava klatch and head towards the elevators, pondering over how much of the last hour’s adventure to share with my wife.