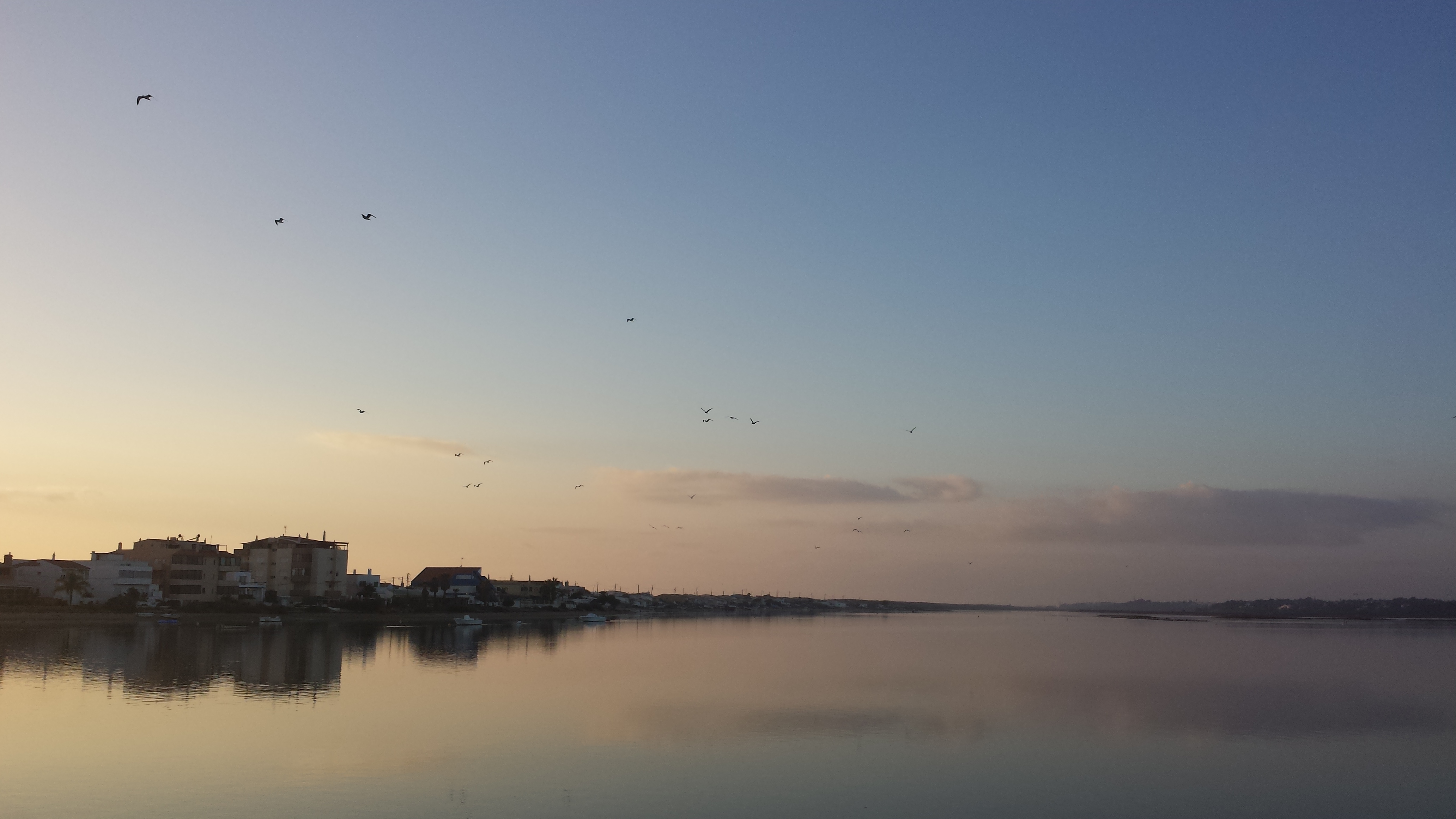 By Rebecca FedlerSeptember 17, 2019Europe
No Comments

On a beach in Portugal, divides of language, age and culture are forgotten as a traveler fishes for clams alongside a local family.

“¿Qué están buscando?” I ask the young woman sitting on an upturned bucket in the sand. It seems an awkward seat to me since it is not far off the ground and her legs are pigeoned out to the sides. It does, however, succeed in keeping her butt dry, which I’m sure is its purpose. She shakes her head and gives me a sheepish smile that says she doesn’t understand. I’ve pulled the same face enough times to recognize it.

I try again, “What are they looking for?” She says something in Portuguese, as she should, since we are on a beach in Portugal. But, my relationship with Portuguese is a weak handshake at best.

“Clams?” I try again. Sometimes certain words will penetrate, and I’m no quitter. She responds in Portuguese again. I watch her lips closely looking for a clue, but it’s no use. I laugh it off before we are both frustrated and turn back to watch the young man and older woman who’d caught my attention in the bay. They are both bent at the waist, pulling what looks like cement trowels towards themselves through the sand. I watch as the woman reaches down and plucks a couple of small shells from the watery bed she’s unearthed. They look like clams, but they are smaller than what I’m used to.

I watch for a moment longer before taking my leave. “Tchau,” I say to the young woman, putting my kindergarten-level Portuguese to use. I walk slowly down the beach, enjoying the bit of warm weather that’s come out to play for the day. It’s one of those days when you need to keep to the sun to feel the heat. In the shade, you shiver.

I return to the beach house that’s been home for the past two weeks and open my laptop. After a few moments with Google Translate, I rise and exchange the jeans I’m wearing for a pair of lightweight capris. I take my watch and rings off and set them on the counter. I leave the house and laugh with a burst of excitement as I weave my way back toward the bay.

I take the path that leads to the beach, winding down between the houses. When I clear the tree canopy, I see that the young woman is still on her bucket, though she’s closer to the water now. The older woman is gone.

“Olá otra vez,” I say blending languages. I smile widely, trying to come off as a nonthreatening crazy. “Mexilhão?” I ask without preempt. It’s the Portuguese word for clams, at least according to Google. I’d practiced the pronunciation a few times at the house. She again shakes her head no. Damn it. I test another phrase from Google, “O que você está procurando?” She turns and speaks to the man, who stops what he’s doing. He stands to stretch his back as he too tries to answer my question. I use a blend of Spanish, Portuguese, and hand gestures to continue speaking with the two of them.

They are a family of fishermen, as are most of the families here on the beach. Small villages with only foot access bookend the area where bars and cafes are located for the beach goers at the center.

The family looks for the clams for two, three, maybe four hours each day, each person harvesting perhaps 100 clams in that time. They laugh as I take photos. I’m happy I’ve succeeded in my nonthreatening, crazy person approach. I know I must be odd to them, but it’s a reaction I’m used to. What’s foreign and exciting for me is the norm for others—the same as it is for me when tourists visit New York.

I bide my time, taking photos and making conversation before asking the first question I’d googled, the one I most wanted to release off my tongue. “Posso tentar?” Can I try? They share a look that says, “What’s with the crazy woman?” and I smile wider. The woman reaches down beside her and picks up a trowel. She holds it out to me. I toss my phone and keys in the sand and take it.

Positioning myself at an undug piece of sand beside where the man has already dug, I crouch down and pull the wet sand back as the man had done. A white ridged clam pulls free when my trowel catches it. I feel the contact through my hands before I see it, the hard catch on the trowel’s edge vibrating through. “Esto?” I ask holding it up. “Nao,” the woman says followed by some other incomprehensible things. I think she’s telling me it’s a different type of clam.

I place it back in the sand and set my trowel and pull back again, dragging thin layers away at a time as I’d watched the man do. Water from the bay laps into the shallow troughs I make. It’s cool temperature also fills my shoes. I pull and pull, waiting for the clink I’d feel through the trowel as its blade catches on and frees a shell from the wet sand.

I pluck one after another free and pile them high in one hand. I ignore the engorged worms and ridged clams I expose, sure of my target now. My back cramps. My socks are soaked. My hand is cold and full of sand. And my smile, my smile is face splitting.

When I can hold no more without dropping them, I carry my loot over for the woman’s inspection. She pulls one out and says “Sim” for the rest. I drop my bounty on top of those which the man has already harvested. Adding my treasure to that which the locals have found flushes me with success. I laugh and get back to work.

When they call it quits for the day, I hold out my phone to the woman and ask her to type in the word for what we’ve harvested. I can tell it’s some sort of clam, but I want the Portuguese—the word the locals use—not Google Translate. I had to know. I glance at the screen where she’s typed it below my list of Portuguese phrases. “Amêijoa,” I read. Yes. I smile. “Amêijoa.”

Rebecca is part of the digital nomad species. She roams the globe seeking snacks and stories. Follow her adventures on Instagram @rebeccafedler.