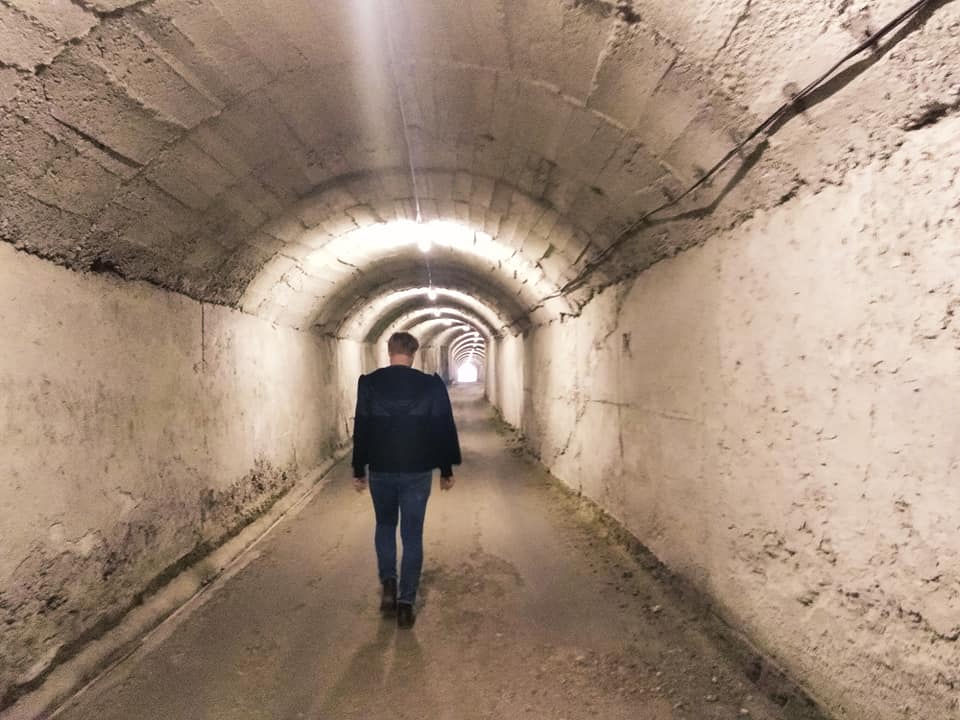 Learning How to Travel Again

After a decade on the road, a traveler learns to rediscover the fear and exhilaration of his first ever solo journeys.

Just over ten years ago. Sitting in the living room of my dad’s house in rural Australia. The sound of frogs cackling from the pond outside the window. 17 years old. Fresh outta high school. Suddenly on the cusp of some kind of freedom. I had called my mother at home in New Zealand, and presented my plan, sketched out with a finger on the map on my bedroom wall. I was going to Vietnam!

…Or not. Parental authority still held sway, and the idea was vetoed as too risky, too distant. Fine. Australia seemed pretty big. Plenty to see here. I spent about half my savings on a bus ticket: 20,000 kilometers on the Greyhound network, covering every state and territory in the country. One way or another, it was time to get moving.

The journey began in Sydney. Alone, staggering under the weight of a comically over-sized backpack. Showing up preposterously early at the bus stop. Documents neatly printed out. Water bottle. Guidebook. Fear. Excitement. The bus finally arrived. Sydney disappeared behind me, and soon I felt it…the highway at night through the window of a fast-moving vehicle. This was it.

6am: the bus pulls up somewhere and you are thrown out into a new city. The sun burns your tired eyes, and you fumble desperately for your belongings. Wallet. Hat. Guidebook. Follow the map on page 233 to the city center. Strike up a conversation in a hostel. In Australia, it was mostly Germans. In Germany, mostly Australians.

There was the hostel in Perth where the manager got drunk and screamed at the Dutch guests for not hooking him up with enough weed. There was the drab spot in Alice Springs where the key deposit was $50, and the only fellow guests were chickens. There was the dungeon in Tennant Creek where the free breakfast was weetabix without milk, and I had to con my way—underage—into the RSL club in order to get a meal.

Every move, every new day, was a puzzle. Each moment pulsated with anxiety. And there were mistakes…a lot of them. Getting stranded on a mountain somewhere in Tasmania with barely enough food to last the three days hike to civilization. Losing dozens of articles of clothing. Missing out on who knows how many adventures because other travelers had told me that those places were “not worth it.”

The longest bus journey was 22 hours—Broome to Katherine. The longest train 44 hours—Adelaide to Perth. The journeys were broken up by brief stops at lonely roadhouses or lightning-scarred mining towns. Still barely more than a kid, I would use these stops to stock up on sweets to munch on as I stared out the window.

The end of this road came, and it was time, finally, to fly. To Britain, this time. Further from home but, in a way, more familiar. It’s still the “motherland” for Aussies and Kiwis, and the trip was almost a rite of passage. Scoffing at the comparatively tiny size of the small island and armed with a Britrail pass, I hurtled through the country, barely stopping to breathe on the way from Cornwall up to the Scottish highlands. I took the Eurostar over to Europe to do pretty much the exact same thing, but in a foreign language. Frustrated with hostels in Germany and France full of people from home, I flung myself over the Polish border into Ukraine and spent several days wandering around the city of Lviv in a haze of wonderment.

That was the year when travel still felt like travel. A hostel full of fellow Aussies and Kiwis was not it. Being alone in Ukraine, with its alien-looking script and mysterious history was. And then it was over. Back home. Three years at university in the bottom of the South Island of New Zealand, happy there, yet also tyrannized by the distance from what I regarded as “adventure.”

Overcompensating for three years with relatively little “travel,” I moved to Sichuan, China after graduating. Once again, alone in a strange land. Unable to speak the language. Every aspect of the day—buying water, getting a meal, reading a bus timetable—was a Herculean challenge. Each day packed the adventures of a year. Unlike that first year on the road, when notching up numbers of cities visited felt like a competitive sport, here I woke up in the same bed each morning. But this was travel, sure as laowai means foreigner!

Europe followed China, this time as a resident, an “expat”—for some reason never “immigrant”—in Poland. The age of RyanAir had dawned. Flights for the price of a cup of a couple of pints. Travel and life started to blend, to merge. Being here and being there were separated by just a few clicks. No more the anxious poring over a guidebook. Travel was quotidian. It was even…easy.

Working remotely from a laptop, travel and “life” began to blur. Poland today, Albania tomorrow. It was all real. All fun. But also all normal life. The digital nomad conceit. Replying to emails from a bus in Jordan or a train in India. Travel still had the power to scare. To cause excitement and anxiety. But it had lost part of the quasi-spiritual power it used to have over me. It was a habit, and like all habits, you get used to it. It becomes a part of who you are.

And then…well, you know what happened then. Now, we are all starting from zero again. The rules we had learned through hard-won experience—when to turn up for a flight, where to go for a cheap beer, how to negotiate with a taxi driver in a strange country, which places you need a visa for and which places you don’t, how to get a bargain flight, how to sleep on the cheap, what to do, who to meet, what to say— all of that seems to have been torn up.

Each trip is, once again, fraught with anxiety, with calculation, with cost-benefit analysis and careful assessment of possibility, rules, and safety. Gone is our intrepid insouciance. Our world-weary wisdom. Our globalist swagger. The patterns we had learned and deduced over years on the road suddenly stopped repeating.

The pandemic trapped me in Saranda, Albania. Far south. Small town. Knew no one there. Trying to translate the Prime Minister’s daily Facebook briefings with Google to decipher the rules of the day. You can leave the house but only to shop. You can leave but only before 5 pm. You can’t leave unless you text for permission to this government number. But what if you don’t have a local SIM? You need to buy one. But you need permission to go to the shops. You can get permission by texting this number…

Ferries were closed. Contradictory information abounded. Trying to figure out how to get to Greece—formerly a 20 minute ferry ride away—felt like plotting a path to Mars. After three months in various stages of lock-down, an expensive taxi fare eventually got us to the capital, Tirana. There was a flight on the schedule to Athens which promised freedom of movement to the rest of Europe. And unlike all the other flights that were scheduled each day and then each day cancelled, this one seemed like it actually flew.

Greece took seriously the burden of reopening and made visitors fill out various forms and arm their phones with a QR code. Not only did we do this, but we also dressed smart, determined to look purposeful, switched on, and that perfect blend between competent and harmless so beloved by officials from Kazakhstan to Myanmar.

We landed. Hearts thumping. One by one, passengers on our flight fumbled desperately for their phones, made apologies for not filling out forms, and were mustered towards a Covid-19 testing station. After being tested, they would be required to quarantine until the results were available. If any one person on the flight tested positive, even if you tested negative, you would be picked up by officials and plonked in a “quarantine hotel.”

Our turns came. We presented our documents immediately. We’d done the paperwork to the letter and made this fact explicit from the moment we were called to the front. Visibly relieved, the border guard actually smiled. He waved us straight through to immigration. We had made it to Europe.

The mechanics of travel may have changed, for now, but the principles remain the same. Travel teaches you to study for the test, to treat each borderguard like a snobbish school teacher, and present yourself to them like a preppy prefect. It teaches you to do your homework. To have the inane forms filled out. To know your rights. To look the part so you get waved through and spend as little time in administrative limbo as possible.

At the time of writing, travel in Europe tightens and relaxes like the coils on a python. Each trip is, once again, preceded by anxious planning. Each train, flight, or bus journey is, once again, densely packed with fear. Our habits have been broken. Travel has become hard again. And each tentative step taken in a new country or even a new city feels like its own kind of miracle. Just like it did ten years ago.