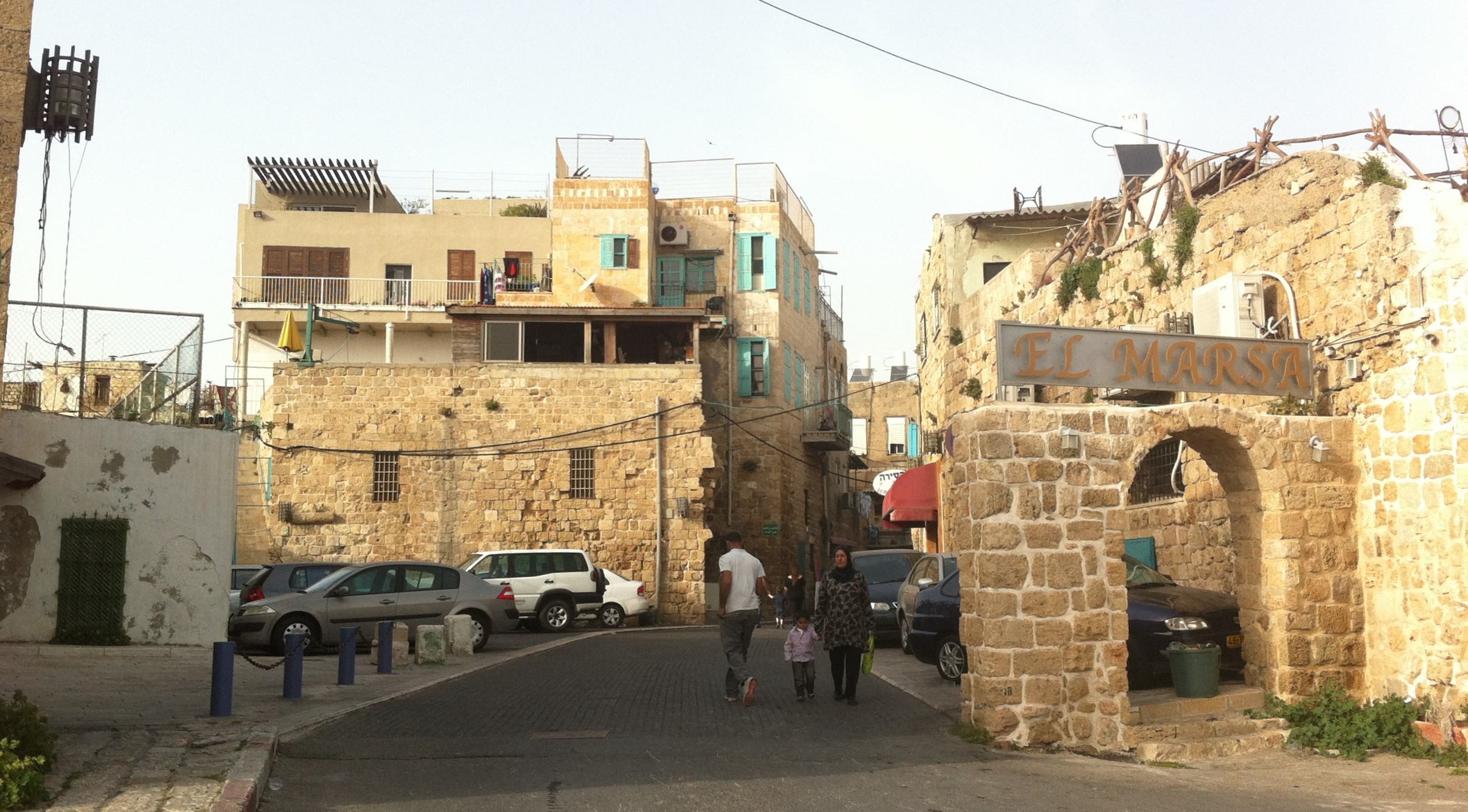 By Alfonso PortabalesOctober 10, 2020The Middle East
No Comments

After arriving in an Acre, Israel, a traveler is invited to see the city from a perspective few foreigners are offered.

Young couples were strolling along the seafront, illuminated by the full moon and the sparse, dim lamplights. The waves were crashing smoothly into the rocks as if summoned from the depths of the Mediterranean, whispering secrets of old to an even older city.

Acre at night was humid, hot, and sleepy. I had arrived from Haifa a couple of hours before by train, and was now checking out the old town before a day of early tourism.

Suddenly, out of the darkness of one of the thin, labyrinthic alleys that sprouted from the medina into the promenade, a man appeared and started talking with confidence. He was slick and tall, sharply dressed in black. His hair fell on the back of his head in long, curly waves.

“Hello, my friend. I can show you a great view of the bay if you want to see it.”

It was late. The plan had been to take a short walk after dinner and to go back to the hotel and rest.

“I didn’t mean to scare you. Please do excuse me. I love to meet foreigners and talk, and to share this great city with them. If you want, we can go to my rooftop. You can see for yourself, and enjoy a cold beverage.”

His manners were incredibly formal, in a cartoon-like, devilish way. I knew that it only made sense to say no, but the potential boredom of an empty night made the offer all too attractive.

“Ok,” I said with hesitation.

“Follow me, then. My name is Salman… in case you were wondering.”

I introduced myself and started walking behind him around a network of empty, dark streets colored with a hint of maize. Echoes of TV sets flew out of the windows in a jumble of conversations and music in Arabic.

“Here we are,” he said suddenly, opening a metallic, rusty door somewhere in the middle of the medina.

I followed him up a dark staircase and climbed onto a spacious rooftop with a beautiful view of the open sea, the templar citadel, and the Ottoman-built clock tower and El-Jazzar mosque.

He went inside the house to fetch the promised cold drink. This was it, the last chance to flee. When he came out with a shiny, sugary, almost nuclear residue-looking orange liquid, I smiled in relief.

We looked at the sea and the promenade from above as he explained some of the complex history of the city. Egyptians, Greeks, Romans, Ottomans, Mamluks, and the British, among others, had all ruled Acre and left their imprint on its intricate, yet relatively small, city plan.

“Would you like to walk on the rooftops?” he said unexpectedly with an excited grin. “I know it sounds strange, but you will be able to see Akka from a different perspective.”

I immediately agreed and started following him along a squeaky, impromptu wooden plank that connected his rooftop to his neighbor’s. We jumped from roof to roof, engulfed in nervousness and excitement, and reached the clock tower.

The Israeli flag was flying atop it, proudly boasting its prominence where everyone could see it. In Acre, called Akko by Hebrew-speakers and Akka by Arabic-speakers, even pronunciation is political. This town, inhabited continuously for the last 5000 years and now within Israel, is mostly populated by Arabs in its historical centre, and by Jews in the modern outskirts. This disconnect generates the feeling of two different cities sitting close to each other, with an almost identical name.

“The boys in town used to play a game with this here clock tower. They changed the flag for a Palestinian one and ran away. But lately, the Israeli soldiers are taking these kinds of mischief seriously, and have locked every door,” he said, showing the big chains attached to a tarnished door.

We walked along. Some heads popped out of windowsills and greeted him happily, apparently used to his wanderings.

We reached a small roof. Salman descended the staircase, surprisingly open to the street, and knocked on the door.

Inside, an old man laid in bed. The television was loudly playing something that resembled a Latin American soap opera, but he was not really paying attention.

Salman introduced me. “This is my father. He is very old and very sick. He is delighted to have guests visiting. We normally don’t have any.” They started talking in Arabic. The old man looked at me with care in his eyes, said some words that seemed kind, and offered tea and sweets. I stayed with them as more members of the family joined around a kettle in a manner that seemed familiar yet celebratory, not understanding a word, but not feeling alien.

“Let me walk you to your hotel,” he said after we left at around 2 in the morning. “It’s getting late, and there are some strange people in this town.”

Alfonso Portabales is a Spanish travel writer and novelist currently living in London. He has published three poetry books and one novel with Editorial Efímera. He has lived and worked in Spain, Peru, Thailand, Nepal, Japan, Switzerland, and the UK.