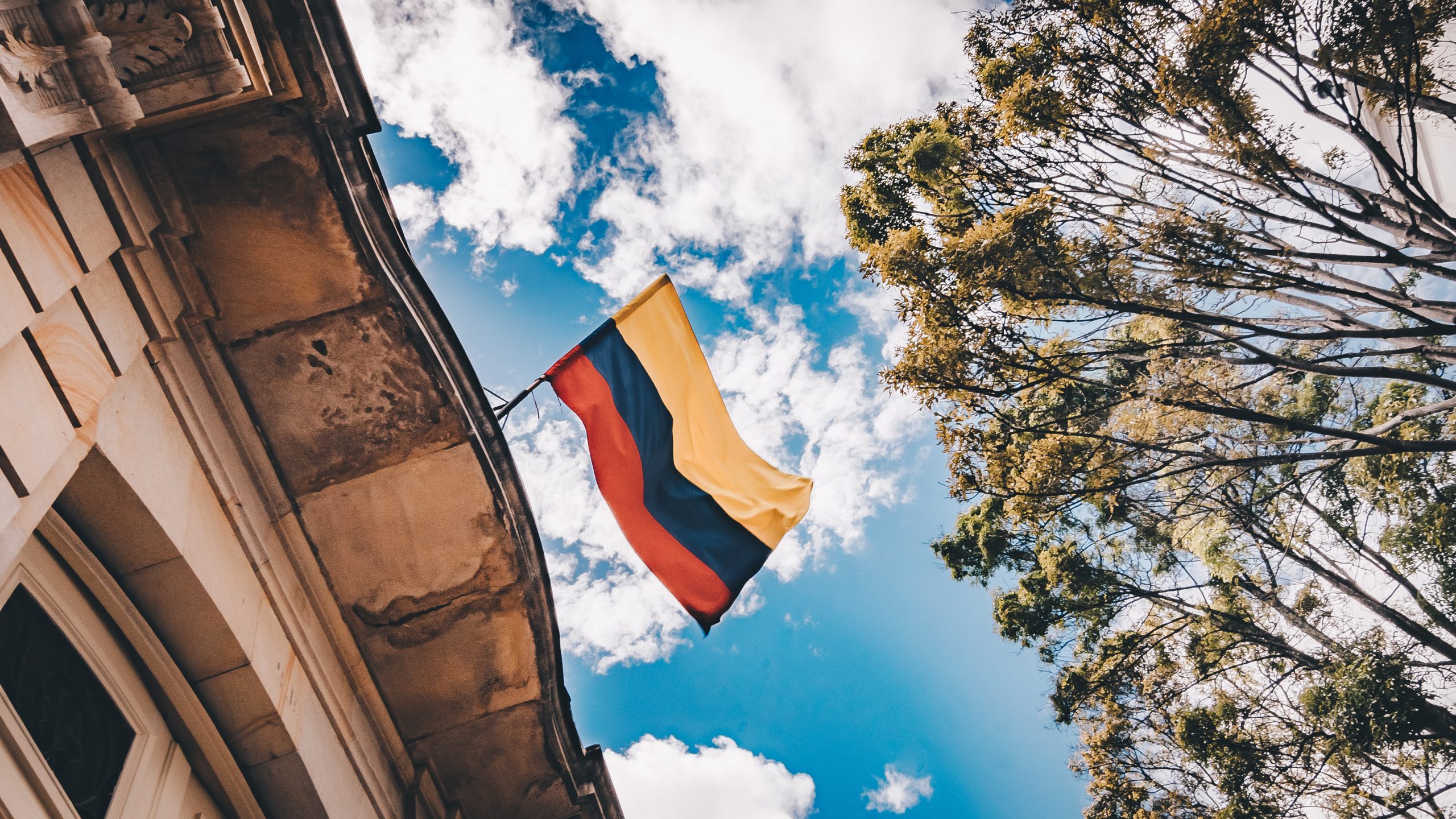 I left my home in Cali, Colombia, to pursue a university degree in Atlanta, Georgia. Although the city welcomed me with open arms, I flew back to my country every chance I got, and stayed there up until a day before my classes resumed. Yet, every time I returned to Cali, there was something different, both in the city itself, and in me, as a traveler tugged back and forth between two places.

The doors of the church swung open at 11:30 PM, and reggaetón flooded the air outside, inviting those of us waiting in line onto the dance floor, where the altar used to be, as strobe lights flashed in sync with the dembow of a classic song. Pobre Diabla by Don Omar. Bodies pressed together and hands clasped, like the cigarette and marijuana smoke in their upward spiral, while minors smuggled drinks into their livers and made a toast honoring the closest stranger—a stranger who then introduced us to his group of friends. How exciting it was to speak Spanish again, how refreshing when no words were even needed, for the music enabled instant connections between dancers. We’d grown up hearing the same songs, after all. A seamless transition from dembow to Merengue, hips on fifth gear, drunk Americans trying to keep up. The scene belonged to another continent. It could have been anywhere in Latin America, really, and for a moment it might have been Cali, my hometown in Colombia. But it was Atlanta, Georgia.

The abandoned church in downtown Atlanta gave me the kind of welcome that fit the city’s character: two minutes after climbing into the Uber back home, the doors of the church weren’t closed, but barred by the police, and no one was allowed to leave because there was a shootout across the street. Two officers against an armed robber, a stray bullet killed a woman, while reggaetón songs still played inside the church and people panicked.

It could have been Cali.

My mother doesn’t need to watch the clock to know how many minutes are left until midnight. In Cali, the countdown doesn’t happen the minute before. The entire neighborhood knows it, each house with their speakers outside on their balconies or patios, blasting whatever it is they feel like playing, until 11:55 PM. The only time during Christmas Eve when the songs are synchronized. Mother gets up from the table after making sure we’re stuffed with buñuelos and natilla, and walks over to our own speaker and plays the song she’s been waiting for since early in the morning: Faltan 5 pa’ las 12 (five minutes until midnight). She claps her hands, and the glasses of wine are refilled, almost magically, so we can toast exactly at twelve, but in the meantime there is no excuse to stay sitting down. She grabs me by the arm, spins me around, and then goes over to my brother to do the same while my dad stares, knowing he’s next and trying to come up with an excuse to decline. But there’s no winning against my mother. If she wants you to dance, you get up and dance. And she always wants to dance.

A day after Christmas, the Feria de Cali takes over the city. It kicks off with the Salsodromo, the world’s best parade of Salsa dancers, hundreds of artists smashing the asphalt with their lightning-fast feet all across the highway, while the viewers dance from the stands and drink whatever is placed in front of them. It’s usually aguardiente. Each group in the parade tells a different story. My favorites are always those crowned in feathers who move with the grace of birds, and for a moment they even seem to be floating when the partners throw the girls up in the air and catch them at the very last second. Watching them prepares the spirit for the dance that will unfold in the days to come.

It was no surprise to run into my old chemistry teacher, the school’s former principal, my mother’s girlfriends in their straw hats, and old classmates who’d grown up with me since I was four years old. And those who did not attend the Salsodromo would surely appear in another of the feria’s events. The city turned into a place of reunions, All the people who, like me, had gone off to start their lives elsewhere, found themselves heading back as if agreed upon beforehand. We had predictable behavior, like migrating birds. Because home kept pulling us back, calling in a secret language, but with time, that language becomes alien, or worse, mute. In 2018, that call involved music and the clink of bottles against bottles during a toast. It became easy to forget about Atlanta then, surrounded by familiar faces and the comfort I’d never find inside a dorm room, but the illusion faded quickly, and I soon returned to a place where people never greeted each other on the street.

Standing on the miniature balcony outside my family’s small, temporary apartment, I found ways to socialize without speaking. The mountaintops beyond the city limits replaced the faces of friends scattered elsewhere throughout Cali. Both were equally unreachable, but there was comfort in the mountains’ ability to break the skyline, and even a playfulness to them, as the peaks mimicked the beaks of tropical birds. Admiring them became my entertainment every afternoon for over a year, and their silence made for good company like an introverted friend. The balcony offered a vantage point that let us speculate on neighbors’ lives: the American couple on the seventh floor bought an inflatable pool for their kids and seemed happy; our landlord was often visited by a woman who wasn’t his wife; and the skinny guy on the fifth assumed the task of becoming a bodybuilder. Although entertaining at first, living vicariously became its own form of self-inflicted torture, because time was unkind to the characters in every apartment, and once each family settled into enforced routine, their activities became less and less stimulating. Killed by predictability. Meanwhile my friends in Atlanta returned to the city streets and hadn’t heard of the word lockdown in months.

We placed a crooked table in the center of the balcony, where we improvised a grill to make hamburgers by using the flat side of the waffle-maker instead, and with a cooler full of beers, it was almost a proper barbeque. Cali was prohibited to its people. My childhood home had been sold months before, but home was right there on that balcony. My family had discovered new ways to live together, and live well, regardless of the space and the circumstances, using each other as lifelines, as the foundations to build a home in a place where it seemed inconceivable.

Piles of debris in the middle of the street, stoplights pulled down, smashed windows in bakeries and retail stores, bus stations covered in anti-government propaganda, murals commemorating the civilians murdered by the police. That was only the first neighborhood I saw after leaving the airport. I was struck by homesickness in a literal sense. But the city’s story for the past months could not be summarized by its scars alone. There was a new monument raised and defended by the leaders of the protests, located in a former hotspot of commerce, recently renamed Port Resistance. The monument was an arm clenching the word Resistencia, with the skin a mosaic of faces and symbols of the struggle endured in the past months.

I arrived to Cali after the storm had passed. From the safety of Atlanta, I had read news of young men disappeared by the police, of paramilitary squadrons threatening the protesters—nothing I hadn’t heard of in Colombia. But I was surprised by the force of the uprising. A protester nicknamed Capitan Colombia was photographed holding a makeshift riot shield with the country’s flag painted on it, his bare biceps bigger than my own head, standing before the anti-riot trucks. He inspired others who, although they didn’t have the same superhero physique, grabbed whatever they could and resisted against the water hoses from the trucks trying to drown out the cry of a nation.

What started as a quick trip for pandebonos and coffee—the most common and essential activity for a Caleño—ended in a close call with Saint Peter. The intersection before the bakery could not be called an intersection anymore: eight roads crisscrossing over hilled terrain depended on stop lights if one hoped to get across unscathed, but these stoplights were torn down during the protests, and no attempts to fix them were in place. Cars and motorcycles and pedestrians and buses had to find their individual ways through another battlefield. Impatient drivers launched forward, unleashing a language of horns and insults, and I had to adapt to the new dynamic quickly or get crushed, until a rare and kind soul stopped and waved me through the mess, encouraging a pinch of reciprocity. The only thing that people shared in common then was the acceptance of chaos and its integration into everyday life. I had to drive through the intersection, had to remember what happened there, and why it happened, but most of all, I had to remember that it was still my city.

I did not stop for coffee. Past the intersection and the obstacle courses of the highways, the west side of the city welcomed me with its roaring winds. The spiraling road remained unchanged with the old ladies in their makeshift carts selling corn to passing cars, slowing down traffic—because, of course, one had to stop and eat right there. A couple got out of their car and sat down on the Rimax chairs for a bite and a conversation with a stranger who was just as hungry as them, yearning for a taste not exactly of corn, but of Cali, as it had always been. They reminded me of my parents, so I stopped and picked up two ears of corn for them and drove to the top of the hill.

I reached the observatory where the statue of the Spanish conquistador used to stand before the protesters tore it down and found a clear view of the beautiful city below, with all its scars and open wounds. Unfertile terrain where songs still blossomed, somehow, in the most improbable of places, like where I had parked by one of the twelve carts selling corn, mazorca, to pause and wonder how it was that I could still find ways to love my city again.