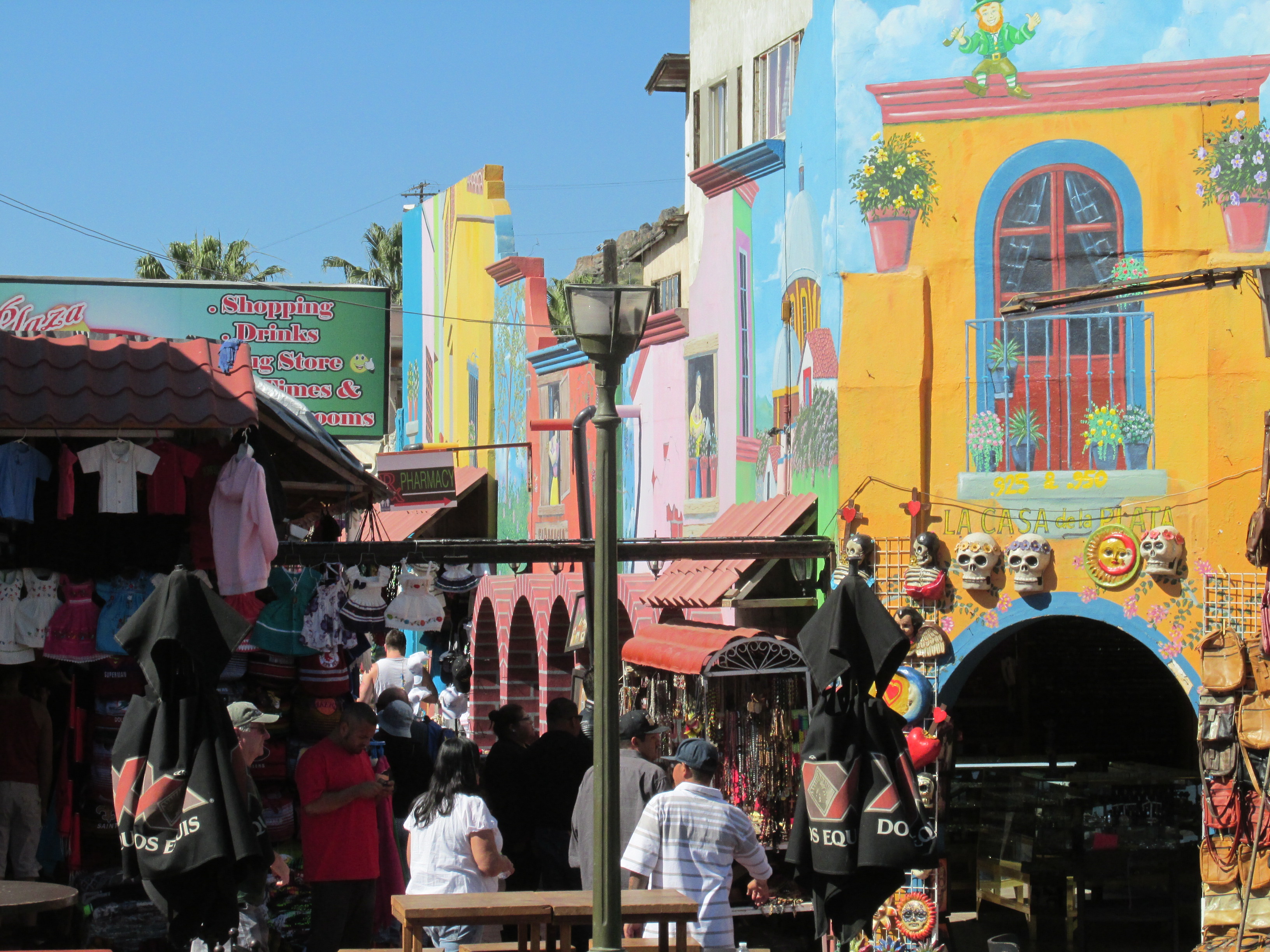 A veteran travel writer retells a family travel legend with a comic twist.

My taste for travel was honed at an early age in the safe, secure and staunchly middle class bastion of Ballard – a predominantly Norwegian fishing community and boat building “suburb” of Seattle. But unlike the vast majority of school chums with last names ending in –son, or –sen, with first names like Olaf, Sven, Gudrun, or Sigrid, I wasn’t drawn by visions of fjords and icy crags. I was drawn to Mexico and South America.

My Aunt Ruth, who immigrated to the west coast from the “hollers” of Kentucky as a little girl, was a bold adventuress – and proud of her Spanish. She brought exotic treats back from her soirées across the border – candy skulls decorated in brilliant red, yellow and green icing; curious novelties woven out of straw and corn husks; equally colorful serapes; and coins emblazoned with that intriguing Aztec Eagle, rattlesnake and cactus logo. She was convinced that she spoke “Castillano” but in retrospect, her grasp of the language was probably only a slight improvement on the halting vowel-abusing Spanish that I was learning in grade school. She’d laugh and giggle while reciting her favorite story – and while I thought I “got it,” at the time, it wasn’t until much later that the more ribald elements sank in.

There she was, traveling with a girlfriend towards Mexico City, riding the local cattle cars that passed for public transportation. They’d stopped off at the picturesque little town of Santa Delores, to stroll the market.

The hustle and bustle, crowded stalls and lean-tos, livestock, dogs, chickens and pigs, produce and woven goods that she described sounded like something right out of the popular TV travel show “Seven League Boots.”As she wandered through the market, she caught the eye of a local butcher, selling what passed for the local fast food of the time. He looked like a real bandito – brown as a walnut, heavy black mustachios, off-white cotton baggy shirt and trousers, barely protected by a soiled apron.

While she inhaled the mouth-watering aroma of grilled meat, the bandito leered lasciviously, turned to his partner, and muttered something in the local dialect which she didn’t quite catch.

The bandito’s partner was cracking up. Aunt Ruth couldn’t make out what he’d said, didn’t get the joke, and was beginning to scrabble for her little guide book, when the bandito winked theatrically, pulled down an eyelid with a greasy finger, and looked her way.

A cloud of flies buzzed around the skinned and smiling dog-sized carcasses that hung in the back, but Aunt Ruth wasn’t daunted by exotic meats, or a few flies – surely nothing that the hot grill couldn’t conquer. Yes, my aunt thought to herself – she was a bit hungry.

“Si, si,” she said, approaching the little stand. “Yo tengo… er, hambre,” and, trying to adjust her “Castillano” to the bandito’s apparent dialect, “er, hombrito…”

He seemed a bit surprised, but after an elbow in the ribs from his amigo, resumed his bluster. He skewered a largish strip of grilled meat on the end of an enormous knife and waggled it at her. “Le gusta usted… El Macho?”
Aunt Ruth reached into her little straw purse for a few coins. “Si.– muchas gracias, Senior, she said. “Ah mi me gusto mucho!”

The bandido faltered again, and seemed to pale a bit. His compatriot roared with laughter afresh, while Aunt Ruth exchanged the requisite coins, removed a fresh tortilla from the counter, and held it out as a plate. The bandito, visibly deflated, attempted to proffer some other cuts of meat, but Aunt Ruth was adamant. She wanted that one.

He placed it on her tortilla.

She added some condiments of diced tomato, peppers and onions, rolled the whole thing together with a flourish, and smiled brightly over the exchange, to the obvious chagrin of the bandito.

Munching happily away at the tasty little sandwich, she paused a moment before moving off to find her friend, turned to flutter a little wave at the bandito “chef” – who inexplicably was suffering under another onslaught of hilarity – the obvious butt of his colleague’s humor. Of course she’d known that it was goat meat all along.

It took me a while to figure out that the “bandito’s” initial humor and later chagrin was based more on anatomy than species, and while I’ve heard variations on the tale since, I’ve always cherished Aunt Ruth’s rendition.