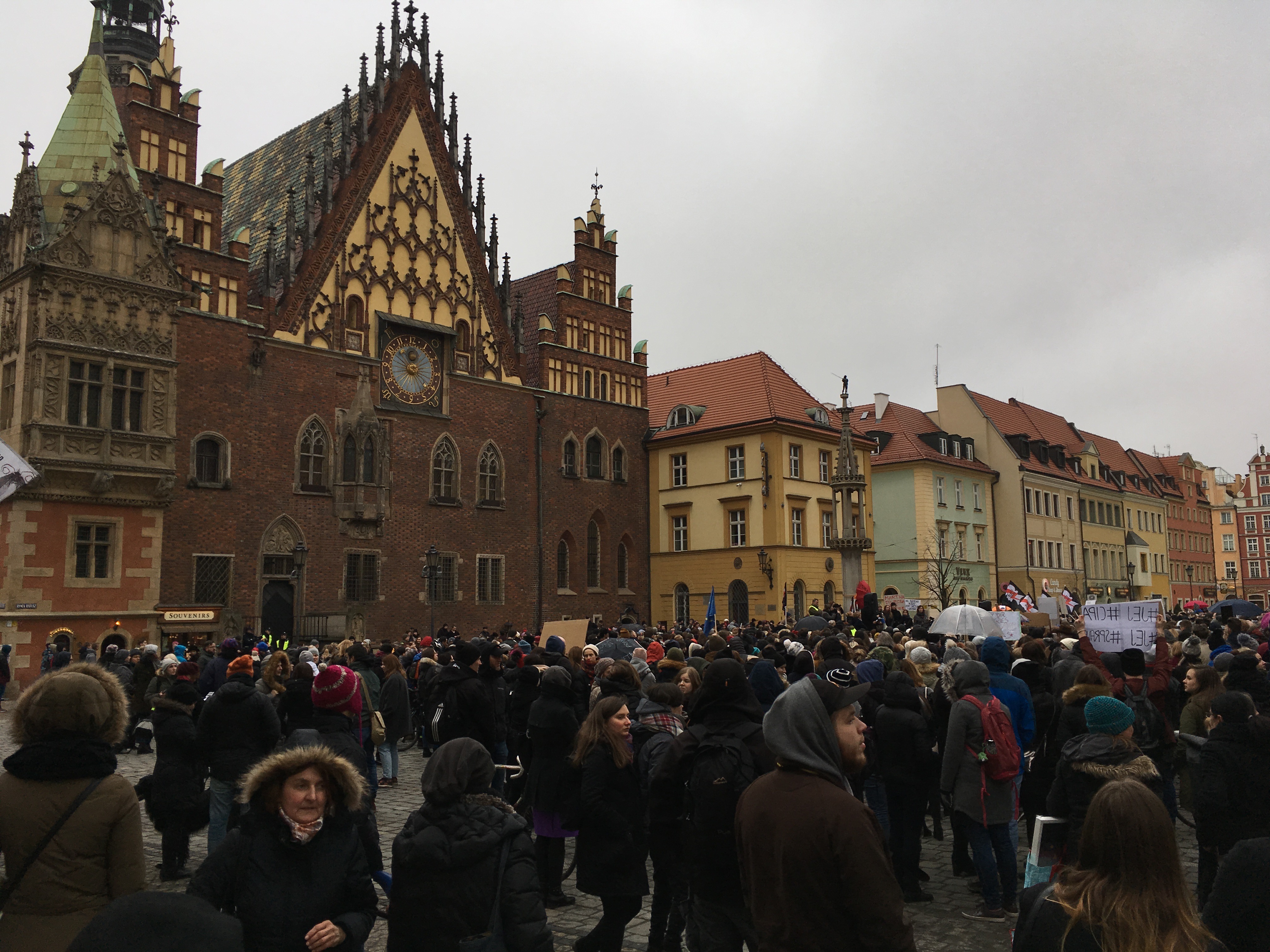 Western brands in the polished white shopping mall vanish as you exit, take the escalator, and find yourself in Poznan’s grey, sooty train station. Down another escalator, outside and across the street,  an underground passage takes you to the farthest platform.

Below the surface, pale women sell kebabs and zapiekanka – a kind of toasted open sandwich – from identical stores side by side.  The young and well dressed hurry by, while the battered faces of the derelict, deranged and drunk leer at your from the shadows.

It is a relief to exit to the platform. Trains aren’t on time but normally show up. The door to our carriage was broken, the bottom step failed to descend. A women held the flap up for other passengers to depart, and then shrugged and walked away, leaving other departing passengers trapped on the train.

Eventually we found our seats inside a small carriage. Three young men and one middle aged woman were already inside. Soon a fourth young man joined. His friends greeted him with cheers and giggles. Cans of beer appeared out of nowhere, and the young men and the woman bantered about football. They were off to see Poland play Nigeria in Wrocław.

It was close to 2 pm when the young man sitting next to me started getting progressively louder. He wore the typical uniform of the young slav – black Adidas pants and t-shirt, and white Nike shoes. His gestures became wild, he jostled his friends, leaning perilously close to me as I tried to focus on the book I’d brought along for the journey. Suddenly the noise died down, and his shoulder stopped colliding with mine. I looked over. He had passed out cold, lying behind his friend, completely unconscious.

Some hours later the train pulled into Wroclaw’s main station. An iconic building, it is monstrously huge and painted an egg-yolk yellow color, a nice contrast from the dusty white or grey of most communist era buildings. As the train came to a halt one of the young men slapped his unconscious friend, who came to with a serious of blinks and yawns.

The hotel reception was full of Germans attempting to communicate with the staff in their own language. Reluctantly, they switched to English. One of the cities that fell under German control during the partition era, Wrocław (formerly Breslau) was wrested from Germany after the Second World War. When Poland’s eastern cities such as L’viv were carved off to form part of Ukraine, hundreds of thousands of Poles were transplanted across the country, and settled in Wrocław.

My first visit to the city occurred exactly three years before. I visited the famous White Stork Synagogue – home to a small but tenacious Jewish community – and wandered the historic, crumbling streets: alleys full of graffiti, old neon lights, well dressed old couples heading home to their mansions by the cathedral shortly after sunset.

This night, the bold, proud medieval town square was full of protesters. Yet again, the right wing governing party had attempted to force through legislation that would make getting an abortion in Poland – even under extreme circumstances that threatened the woman’s health – impossible. Across the country women were protesting for their right to choose, wearing all black. Mostly young women, they stood in the grey light of dusk in the town square, holding banners and shouting slogans.

A line began to form adjacent to protest, kept neat and orderly by calm police officers. The people in this line were mostly older, somberly dressed. They stared crossly at the young women protesters, and began to chant prayers and hymns in unison.  Football fans clad in red and white passed through on their way to watch the game. Families and young men as well as the classic ‘potato’ -bald, thuggish, male (usually) – supporters paid little attention to the other goings on as they marched with purpose across the square.

Many hours later, after the protesters and anti-protesters had all gone home, three men stood some meters apart near the entrance to the railway station. They were wearing Polish football colors, looking shellshocked, staring silently into space. Drunk perhaps, but not merry. Poland had lost to Nigeria 1-0.