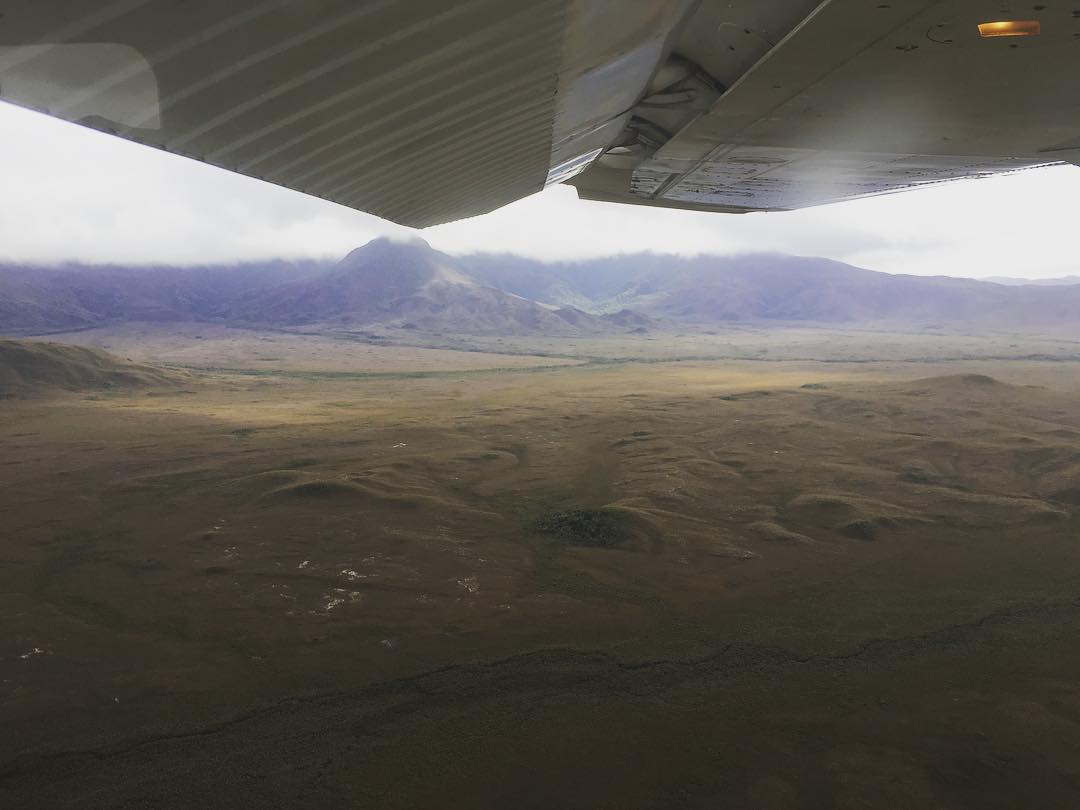 Flying to the Wild South

I became used to the humming of the engines just as the mountain, city and bridge came into view. Looking out the window to the right I followed the snaking road from Rosny as it passed over the Hobart Bridge and dispersed into the tangle of streets in the middle of the city. I couldn’t see them but I could picture the roads shooting off in different directions on the other side of the city, and I could guess where one would track up the ominous mountain that consumed at least half of the view in front of me.

Corey had been sat next to the pilot a the front of the plane, Will and me were squished in the middle two seats behind them and Leigh was nestled in with our backpacks at the rear. We were headed deep into the southwestern wild of Tasmania with a weeks worth of supplies, looking to conquer one of the Islands most famous and daunting walks.

We had been flying for about twenty minutes, including the false start. ‘Sorry guys we’re just going to have to go back and quickly check something,’ the pilot had said. Luckily the jolting turbulence hadn’t been normal and the new plane seemed smooth in comparison. Will nudged me pointing down to his left, ‘I worked on that house,’ he said, ‘and see next to it the observatory.’ I stared down past Will at the observatory with its telescope pointed far out to space capturing glimpses of stars so very far away.

Turning back to my right I snapped a few photos of the city, hoping that somehow the camera would be able to capture at least a fraction of what I saw now. We soon left the mountain and the tangled Hobart streets behind us. Every now and then the pilot would point out an island or a notable mountaintop, to which one of us would give a half-hearted reply.

Before the flight Leigh had said that he didn’t really want to talk on the flight and I’d agreed. I just wanted to look around and watch the city that I’d grown up around from the sky. There was always something nice to look at in Hobart. Every morning for seven years I had been driven across the bridge from the Eastern Shore and seen the outline of the mountain silhouetted behind the city as planes of sunlight would slowly tumble across it’s small buildings and tree covered hills. I had gotten so used to it that by the end of the seven years I hadn’t bothered to look up. I was anything but used to it now, looking down from the sky everything that was familiar had turned unfamiliar and a touch surreal.

The landscape below us soon started to morph. The first thing I really noticed was the changing colour, the gradual brightening of green trees and green grass that coated the hills around Huonville. As we passed Southport the water changed. Away from the coast I could see splashes of foam as the wind swirled across heavier seas. As the water got closer to the land it was siphoned into a lagoon where that water turned into a swirling mass of turquoise and off-white sand. Looking further inland I could only just spy a single road heading southward. Everywhere else I looked there was a dense covering of trees mottled with the bleached white skeletons of burnt gums that rose aging above the canopy.

The pilot turned slightly to Corey who was sitting next to him, ‘All good Corey?’ He asked and as if on cue the small plane lurched under a bout of turbulence. Corey grunted a reply as the wind seemed to whip around the plane increasingly buffeting it across the sky. The brief moments of turbulence were increasing as we started to pass over the southernmost point of Australia. I started to have a little battle inside my head between enjoying the flight and really really wanting to get out of the plane onto land.

‘Hundred bucks if you do a loop to loop,’ Will said. We all laughed but for a tiny second I was suddenly petrified that the pilot would crank on his controls and send the already wind battered plane in a frightening upward arc that would inevitably turn my stomach upside down and leave the plane interior splattered with my vomit and my pride, only for a tiny second though and I quickly pushed back any thoughts of vomit and flaming planes.

The plane veered to the right as we came around the south end of Tasmania. Peering out from the plane I saw the south coast for the first time. Far into the distance I saw white beaches interrupted by jagged cliffs and windswept hills with gnarled trees. Back from the beaches remote planes of button grass sat barren in contrast with mottled patches of temperate rainforest that sprang up across the coast.

Pulling my eyes further upwards I scanned across the mountains and hills that relentlessly climbed upwards until I realised that we weren’t even above the highest mountains. Clouds wrapped and warped around these mountains and what had been a bright and sunny day in Hobart had soon darkened into a wild and rolling landscape of unforgiving beauty and daunting scale…

Jacob Crane is an Australian freelance writer with a love for travel and the stories that come with it. He looks to uncover stories behind experiences - finding the common ingredients that speak across cultures and divides. Having worked as a copy writer and sports journalist Jacob loves weeding out the story from every situation.