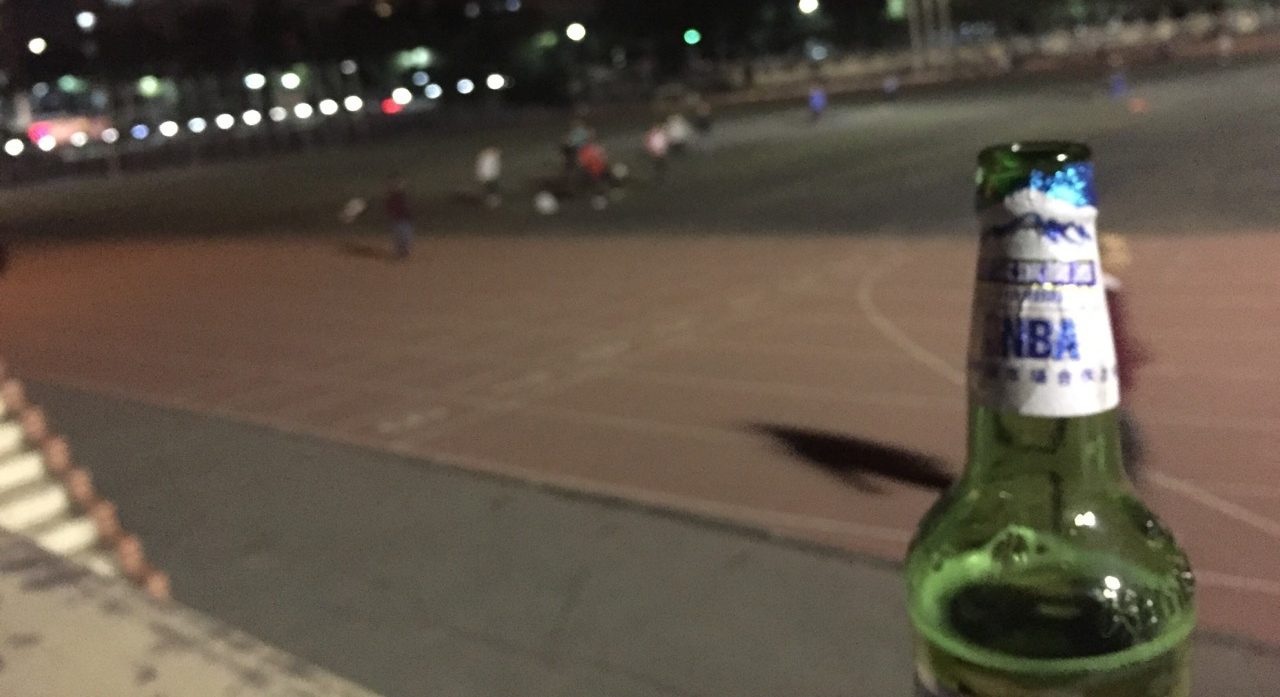 China Will Not Be Defeated [Six Months in Sichuan Part Two]

By Nathan James ThomasSeptember 26, 2017October 5th, 2017Stories from the past
No Comments

When you the North Gate of our university in Chengdu, you follow a shady avenue lined with the busts of great thinkers from the East and West. Confucius is there, as is a European looking figure labeled 莎士比亚. Phonetically it reads: Shashibiya. It took me some weeks to realize that I had been staring, illiterate, at William Shakespeare.

The path takes you beside the caochang, sports ground, an astroturf running track surrounded on two sides by battered grandstands. During the day, a hundred or so students can normally be seen walking around in circles, always in the same direction. Old people gather in the corner, performing a bizarre exercise with string and hollow, spinning wheels which emitted an eerie humming noise like an operatic bumblebee.

We used to sit at night and drink beers on the seats and watch the running track fill with students. Under a smog-orange sky artificially lit by the surrounding construction sites, students would gather and arrange themselves into square battalions of two dozen or so people. A leader would appear in front of each group, until several hundred students, dressed in jeans, skirts, and sneakers, stood to attention. As we sipped our cold Harbin beers, the frontmost group would break into a run, and the others would fall into place behind them. The leaders screamed patriotic slogans, which were parroted by the legions behind them.

A student from Poland sat to my right. He’d been in China for some years, and had a good grasp of the local dialect. He translated the shouts for me as “China is Great, China is strong, China will not be defeated!” After half an hour or so this display ended, and the students wandered back to their dormitories. We looked around for the old man who prowled the stadium, collecting empty bottles for money. We must have been his best customers.