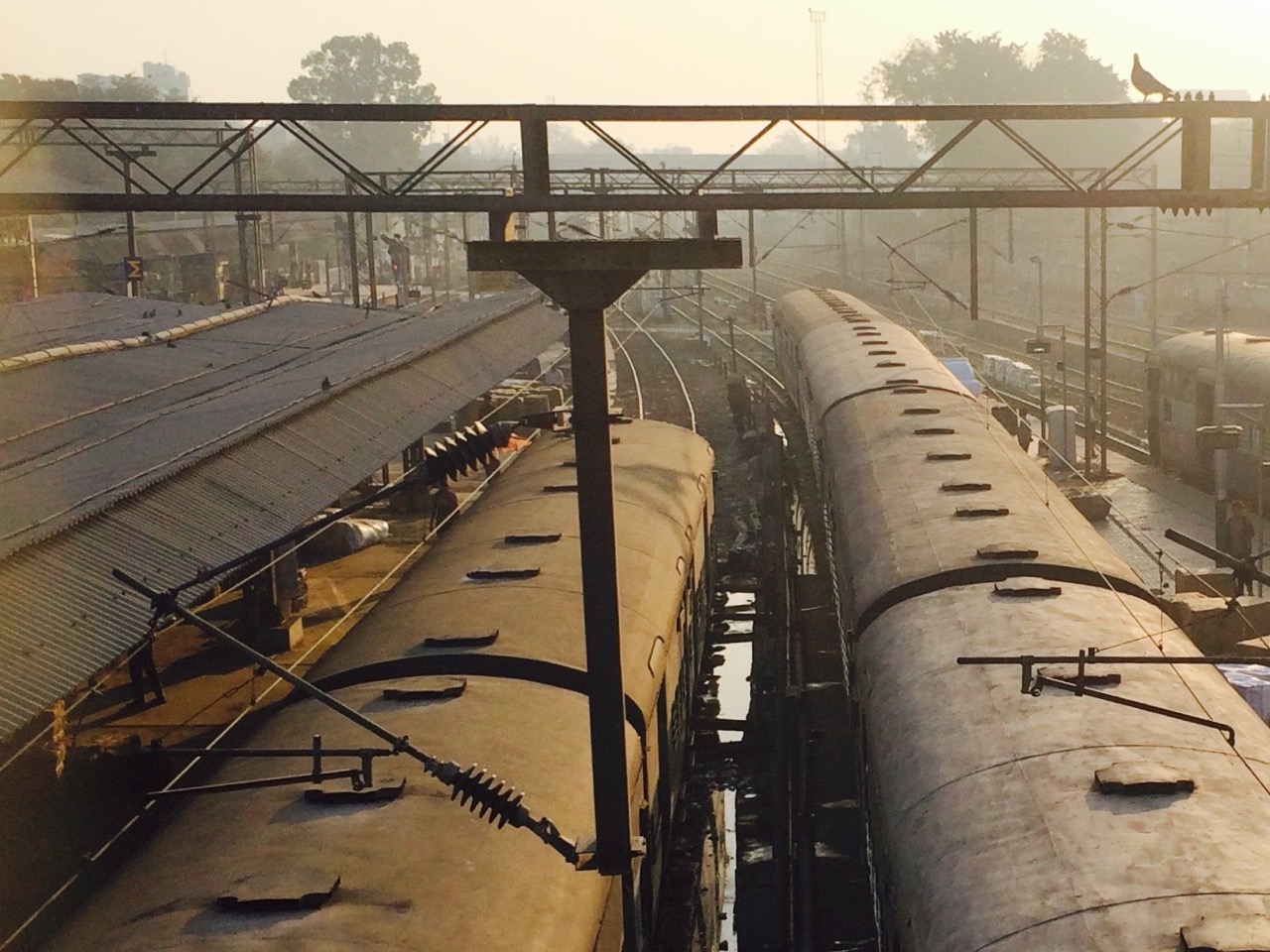 The Boy on the Train to Goa

By Bronwyn ThomasAugust 12, 2019India
No Comments

On a long voyage across India, an Australian woman meets a local boy and soon discovers how vastly different their two worlds are.

A sleeper carriage on an Indian train is a place where you can fully immerse yourself in what it means to be alive. The rich tapestry of life, on show for all who pass through the narrow corridors, is inevitably rolled out on the floor for the unlucky latecomer unable to find an empty bed. One’s senses are constantly overstimulated in India, and this is no less true aboard a train. There is ceaseless noise; the clatter of the train on the tracks, the whirling overhead fans, babies crying, men chanting chai, chai over and over and over. Smells; spicy samosas on offer day and night, burning plastic wafting in through open windows, bodies everywhere. Sights; never-ending cities that blend into one another, workers and families pausing to observe the train as they walk along the tracks, hijra walking the corridors, offering blessings in exchange for rupee notes.

In Vadodara, Gujarat, my friend’s uncle, had boarded the train with me at the platform and issued what I can only imagine was a threat to the locals in the carriage who were then careful not to encroach on my space, at least for the first part of the journey. Some time into the fourteen-hour trip, I was lying on my bunk reading my Kindle when an inquisitive young boy came over and hovered next to my head. I had been quietly observing his family, the three of them sitting on a blue leather bunk on the same lower level as mine, but had been absorbed in my book and hadn’t noticed him gain the courage to come over to me.

“Hello,” I said and held out my Kindle, the obvious object of his attention. He eagerly lept into my bunk and grinned back at his parents as he held the foreign object with careful curiosity. He tried on my glasses, looked at the words on the page, and laughter ensued. I learnt that he was ten years old and learning English at school, and I happily provided answers to his rote-learned questions:

“Where are you from? How old are you? What are your parents’ names?”

In turn I asked him what his favourite school subjects were, whether he had any siblings, and what he liked to eat. He and his parents were delighted when I showed them pictures of my twin baby nieces, their joy evident without words. His mum offered me chapati, a staple of the Indian diet, a perfect accompaniment for the aromatic curries that appear out of tiffin tins at meal times during train rides.

We began to reach a point where all known formulations of English questions had been exhausted, but the universal language of smiles and laughter sufficed. It was at this point that he turned to me with a curious look in his eye and asked, “Which caste are you?”

I was stunned and stumbled awkwardly over a reply. I wonder if he was curious about why this question seemed hard for me to answer, why it took more thought than naming my favourite colour. He continued to rifle through my things, occasionally gazing at me with his warm, smiling eyes as I was left to make sense of the thoughts whirling around my mind. I was struck simultaneously by an appreciation for the pure innocence of childhood and lament for how utterly unfair this world can be. I was sitting on that train with almost every facet of privilege one can have in our society, while India’s restrictive social hierarchy was playing so significant a role in this boy’s life that such a question naturally came after “What is your favourite sport?”

Blankets unfolded, playing cards returned to backpacks, and tiffin tins sealed, the fluorescent lights slowly began to dim as our carriage’s passengers settled in for the night. My young friend returned to his parents, unaware of the impact he had had on me. I packed away my Kindle and, wanting to ensure I didn’t forget him and this encounter, paused to make a note in my phone that read ‘the lives of others – boy on the train to Goa.’

In the middle of the night, I awoke hazily to notice that the boy and his parents were collecting their things to get off the train. I sat up and waved as they shuffled past sleeping bodies on the floor to reach the doors. The train pulled out of the station, continuing along its bumpy tracks, and so too continued our concurrent lives after crossing for this fleeting moment aboard Indian Railways.

Guided by ever-present fernweh, Bronwyn is an avid traveller and writer from Sydney, Australia who spends as much time as possible on the road. She is currently living in the beautiful chaos that is Beirut, Lebanon.