Woken By the Chinese Military

I woke to the sound of the Chinese military training in the courtyard next door.

Shouting “1,2,3,4” in unison, the student soldiers marched and jogged their way up and down in impressive form.

Wandering down the stairs I snapped a few surreptitious photos, before realising that the guards didn’t care about me and my iPhone.

In some places China is extremely sensitive about photographing anything military.

Whilst driving in a small jeep through Tibet earlier in the year, our driver would frequently have to pull over to allow huge military convoys to pass by. As we watched the great green trucks sporting the Chinese flag roll by, our Tibetan guide would frantically implore us not to take a photo, visibly afraid that we may ignore him and tempt the wrath of the People’s Liberation Army.

The east train station in Chengdu is guarded by huge military vehicles planted at strategic posts around the main entrance. These vehicles themselves are surrounded by armed soldiers wielding assault rifles. At the foot of each tank is a large sign which reads in English and Chinese “Do Not Take a Photo.”

But here, on campus, it seemed not to matter in the least. 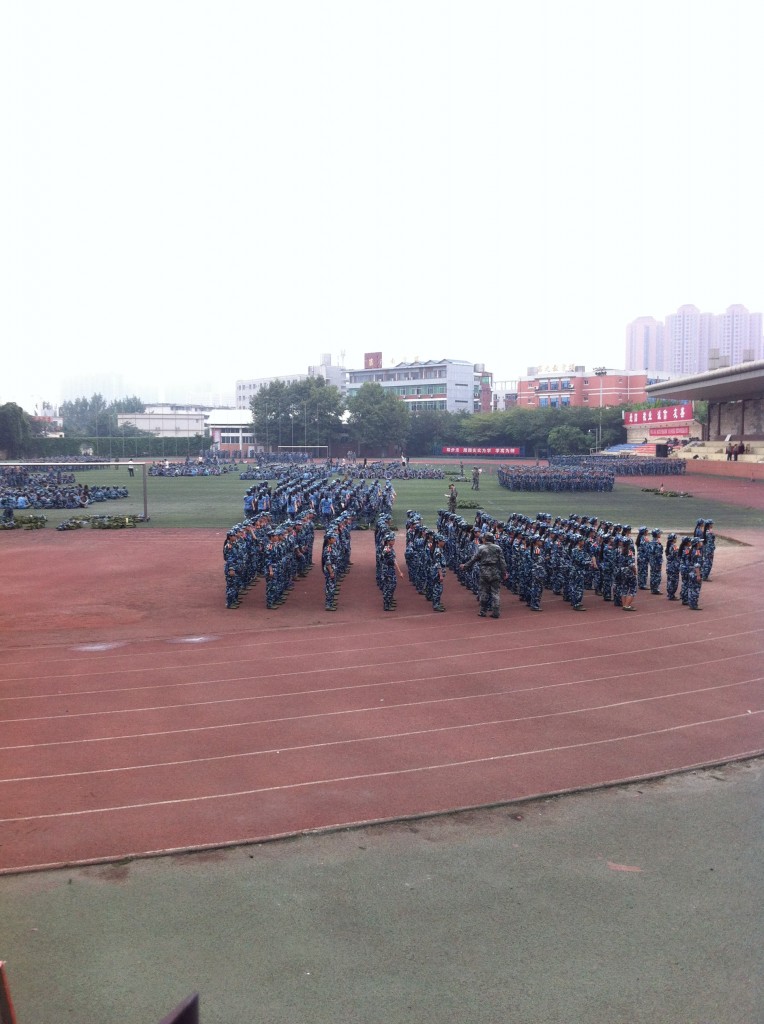 Walking to collect my washing from the Chinese students dormitory – foreigners and Chinese are strictly quarantined in different quarters, they live 8 to a room with no hot water – I found myself walking against an ocean of these student solders returning to one of the training grounds.

Thousands of identically clad young women walking casually, cheerfully. Seeing me, the tall, blonde and awfully conspicuous foreigner, they grabbed their friends arms, pointed and smiled coyly. Not exactly an army to strike fear into the heart of any enemy, but I do pity their future husbands. 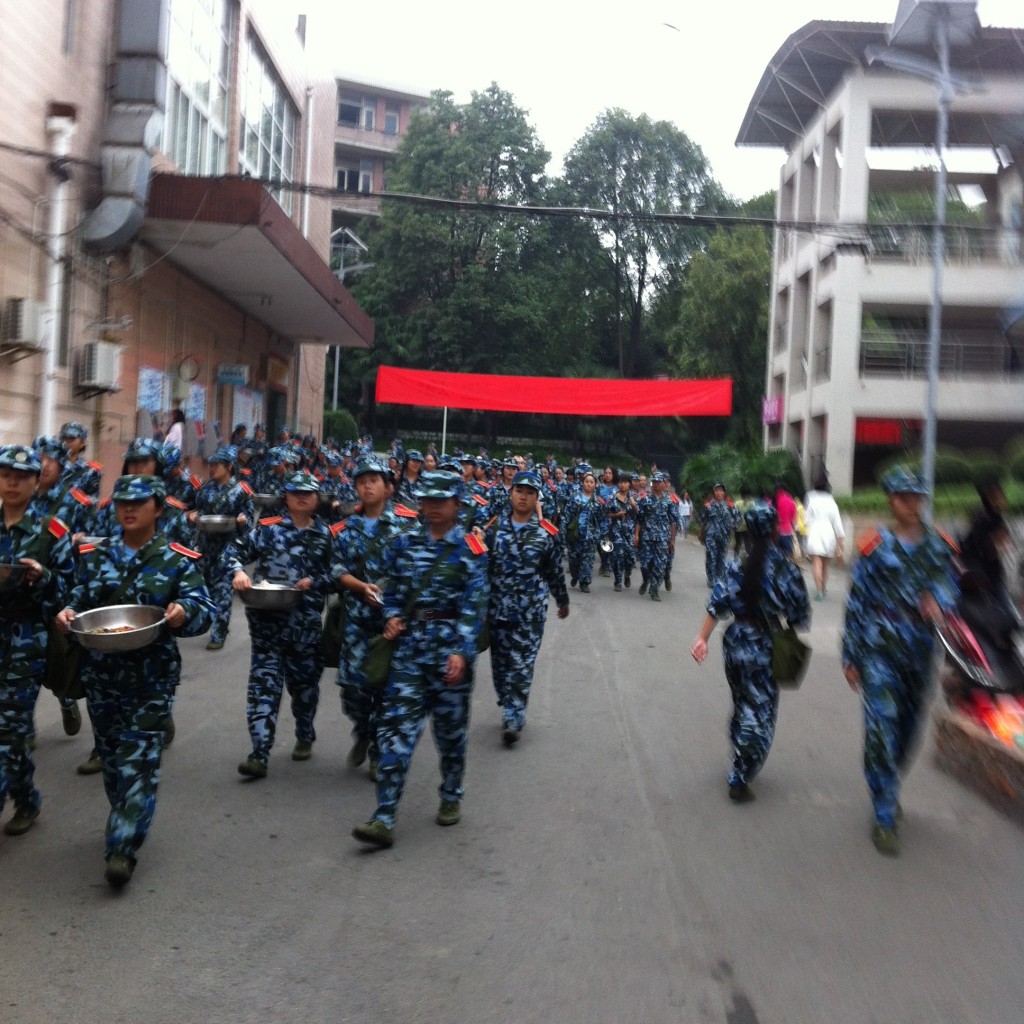 A few students were wandering about the open courtyard of the male dormitory as I retrieved my washing. Those in civilian clothes looked with shy, startled interest at this blonde alien as I helped myself to their facilities.

Those who hadn’t yet changed out of their blue and green military fatigues however behaved noticeably differently. These young men walked slower, with more swagger. They eyed me cooly, confidently and sneered at the world around them.

Walking back to my room in the foreigners hotel, wet washing in hand, I reflected how much power a simple uniform had on the way these 19 year old men acted.

On my last night in Lhasa at the end of the Tibet trip, we were in a popular, upmarket bar listening to some Chinese rock and roll. I went to the bathroom and returned to find my companion – a pretty blonde lady – surrounded by three confident Chinese men. Most Chinese are too shy to approach a foreigner in such a setting, so I was intrigued by their boldness.

We got talking, and in clear Mandarin Chinese they took turns proudly praising one of their number who I soon learned to be a senior figure in the Lhasa military. All three were soldiers, and took equal pride in the high status of their colleague. They bragged proudly of their expensive cigarettes (“this packet cost 60 Yuan!”) and insisted on taking photos with their newfound foreign friends.

These soldiers from Beijing, stationed a long way West of home, no doubt started out like the students chanting in the courtyard outside my room. Maybe they liked the feeling that the uniform gave them – that feeling of empowerment, of being part of something bigger than they are – and decided never to take it off.