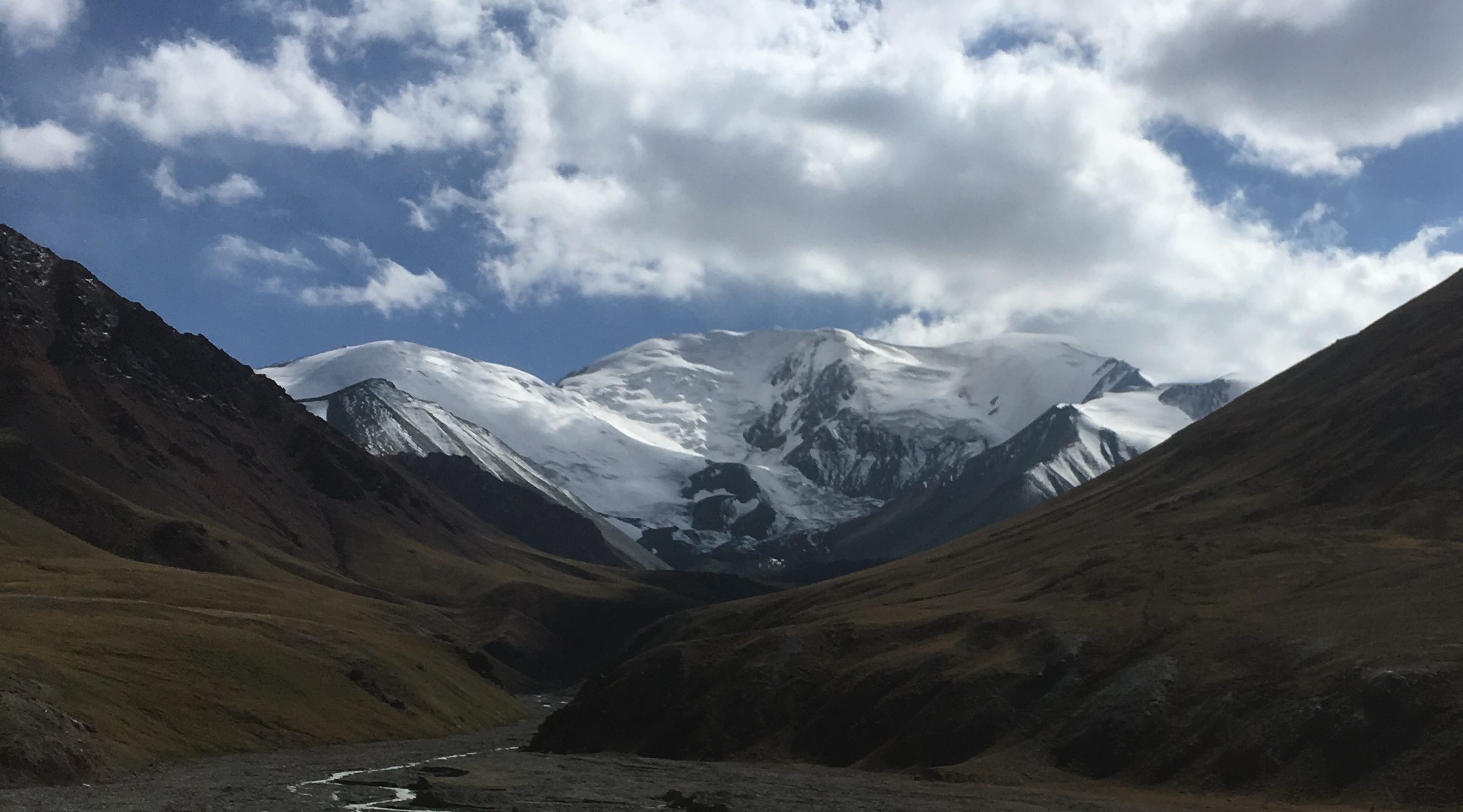 On Crossing a Border

During a drive from Europe to Central Asia, the author contemplates the experience of crossing a border.

Borders, like nation states, are artificial. They would not exist if it weren’t for those who believe that they do, and enforce this belief with the aid of machine guns.

And yet, take away the aloof guards, the snarling dogs, polished boots and sweaty, gold-toothed smugglers who haunt the frontiers between Europe and Asia, and you’d still feel it when you enter a new land.

The moment you cross from Turkey into Georgia the sun-scorched hills, like old parchment when the light softens, are replaced by lush green pastures. Gone are the mosques. Instead: Orthodox churches, strip clubs, discount liquor stores and casinos. As a traveler the changes you observe – geographically, culturally, ethnically – can be devastatingly immediate.

Between rustic Tajikistan and militarized, haunted Afghanistan lies a river. In places it surges furiously, silt darkened water crashing into the rocks and carving a deep gorge between the mountains. In other places it sleeps. For a confident swimmer, it would take only a minute to paddle across.

Standing on a hilltop, I watch an Afghan settlement 100 meters below. In contrast to the Tajik villagers who wore jeans and showed their hair and face, the women over the river were reduced to black shapes. Even the eyes were hidden. There were few buildings, and little color save the grey silt of the river bank and the brown of the rocks.

Workers, also in black, clung to the cliffs high above. With handheld tools they were attempting to carve a road out of the face of the mountain. Watching them for long was disconcerting. I dropped my eyes back to the women below. From this distance, these hooded figures who strode purposefully among the houses seemed mysterious, remote, even sinister. Less than 100 meters away, yet it felt like watching a video from a fictional world.

Head north towards Kyrgyzstan, and you’ll find the border is less precise. People seep between the nations, and carry their culture with them. At a small guest house about 100 miles from the Kyrgyzstan border – but still snugly in Tajikistan – we slept uneasily on the floor. The air was thin at 3500 meters, and you wake up feeling as if you’ve been jogging in your sleep.

In the morning our watches showed 7 am. It was 7 am. We’d changed our clocks in the capital, and Tajikistan has just one timezone. Why then did our host insist, as he spooned watery porridge into our bowls, that it was in fact 8‘o’clock? We put this mystery among the others on our ever growing pile, and moved on.

The border was on mountaintop. 4200 meters high. The white peak of Mount Lenin in the distance. Unsealed road of orange earth. The guards invented a few documents and accused us of not having them. After some muttering they accepted a few banknotes and waved us on.

As we waited for our passports to be prodded and stamped, I chatted to a van-load of Kyrgyzstani villagers returning home. Their leader was a young man, short and cheerful, who wore an enormous white hat that looked straight out of Dr Seuss. He asked us where we had stayed the night before. I gave the name of our host. “That’s my brother!” he exclaimed, delighted.

Crawling through the mountains and setting forth towards Osh, I went into my iPhone settings and changed from Tajik to Kyrgyz time. We had jumped forward an hour and one mystery, at least, was solved.