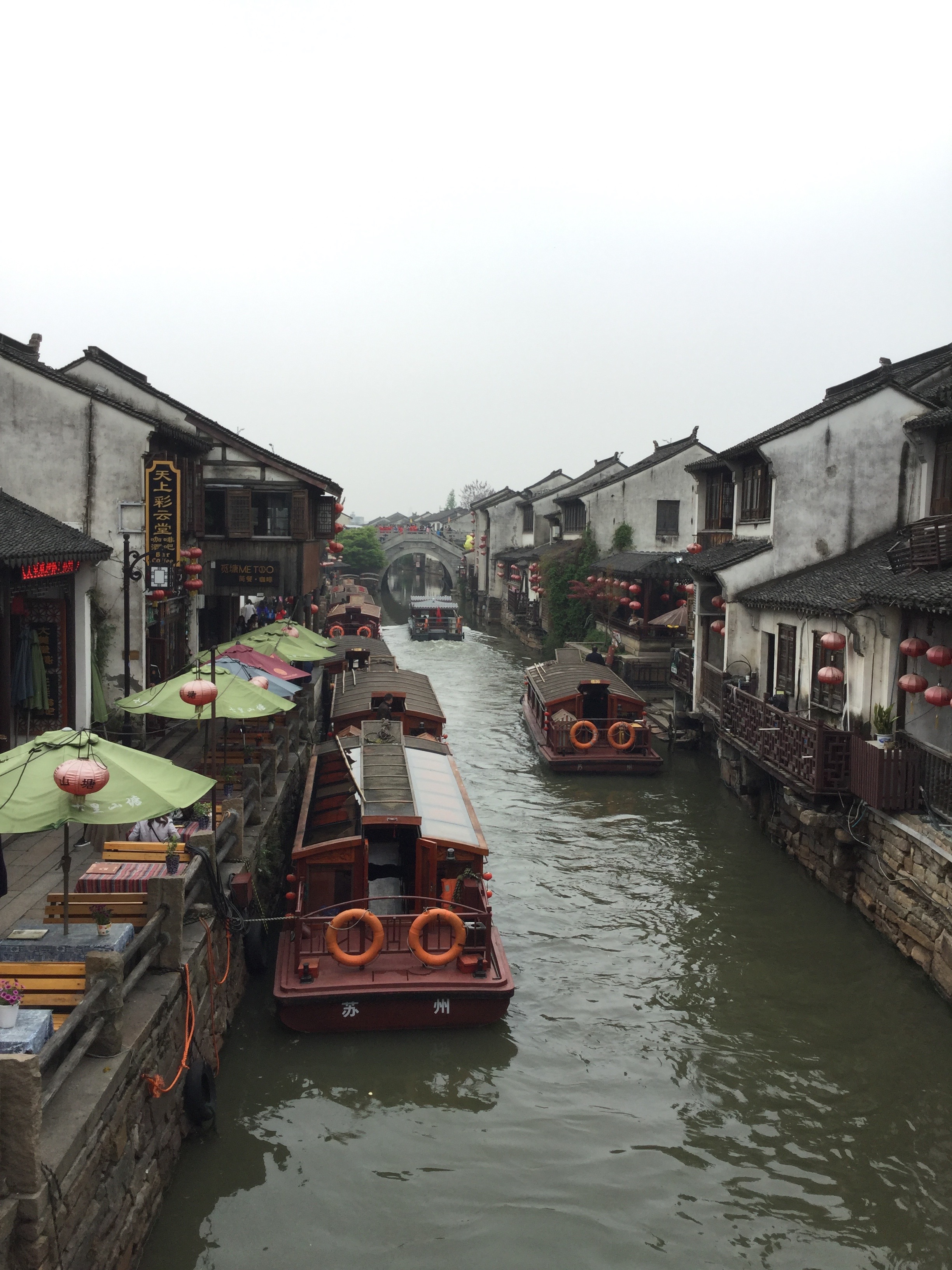 Chaos and Quiet in Suzhou 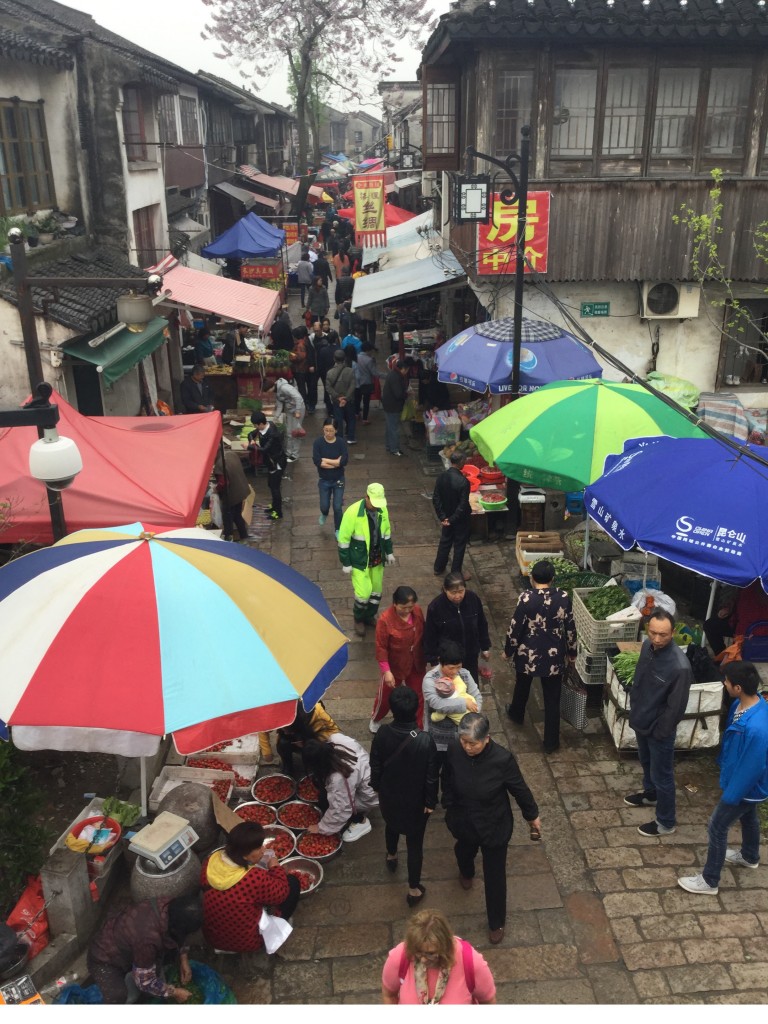 Boats lazily cruise up and down the canal which runs beside Suzhou’s famous Shan Tang street. White, low roofed houses line the banks, and orange lanterns hang suspended above the still water.

The tranquility is in perfect contrast to the roaring carnage of the street itself. Like an ocean storm, it sweeps you up, grabs you, and pulls you under with roaring energy.

Street vendors crowd either side of the narrow pedestrian street, and they sell everything. Stinking chickens cooped in small cages for about $2 a hen. Old figurines of Mao Tse Dong and copies of his famous red book. Chips, nuts, fruits, meat, noodles and every kind of food that you can imagine.

The crowd moves impossibly slowly, and as one of only two foreigners in the melee it was easy to look over everyone’s head and see the infinite, never ending trail of commercial carnage. Stray dogs get under your feet, scratching their fly blown skin as you narrowly avoid stepping on a crippled beggar belting out songs in a weak voice amplified by a dodgy microphone.

The noise and the sites and the push of the crowd are nothing, however, compared to the smell.

About 30 minutes in this was almost too much. We ducked away, down a narrow side street. The old, white, low houses of Suzhou conceal worlds less confronting, but no less fascinating, than the flurry of the market street.

Walk through the quiet, narrow lanes and children will stare and wave and say hello. A door will be open up ahead, and you’ll hear the rapid clicking of Mahjong tiles as the old men pass this day like they do every other. Mahjong players, meandering dogs, and giggling children.

We stopped by a canal to rest and brave some of the snacks we’d purchased at the market. The water was green and still, low houses hugged the bank with staircases seemingly suspended in mind air leading from the water to the front door.

An old man approached us. He wore a clean dark blue coat, and still had many of his teeth. He chatted to us in crisp, clear Mandarin, a rarity for one of his age outside of Beijing.

“What are you doing here?” It was not an aggressive question, he was merely curious.
“Just resting.”
“Do you like it here?”
“It’s beautiful.”
“Here! Where is the beauty! The water is old and filthy!”
He gestured at the still canal behind us.
“We like it.”
“Did you know.” He paused, and having spoken to many Chinese men of around his age in my time here, I knew exactly what was coming next…

He spoke it as if he were remarking on the weather. Old Chinese men in particular often repeat this phrase when encountering foreigners. It’s as if they have been told to do so by a local authority. It is spoken calmly, confidently, and always with a twinkle in the eye.

“Yes.” We nodded. How could we forget. 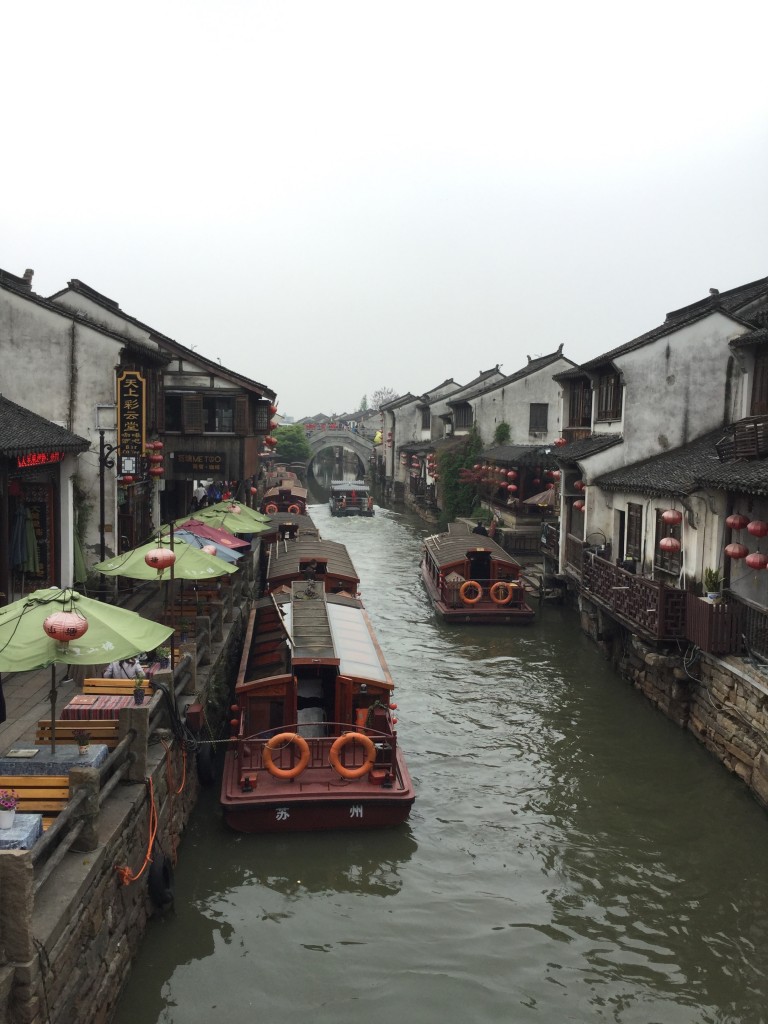 The Canal by the Street