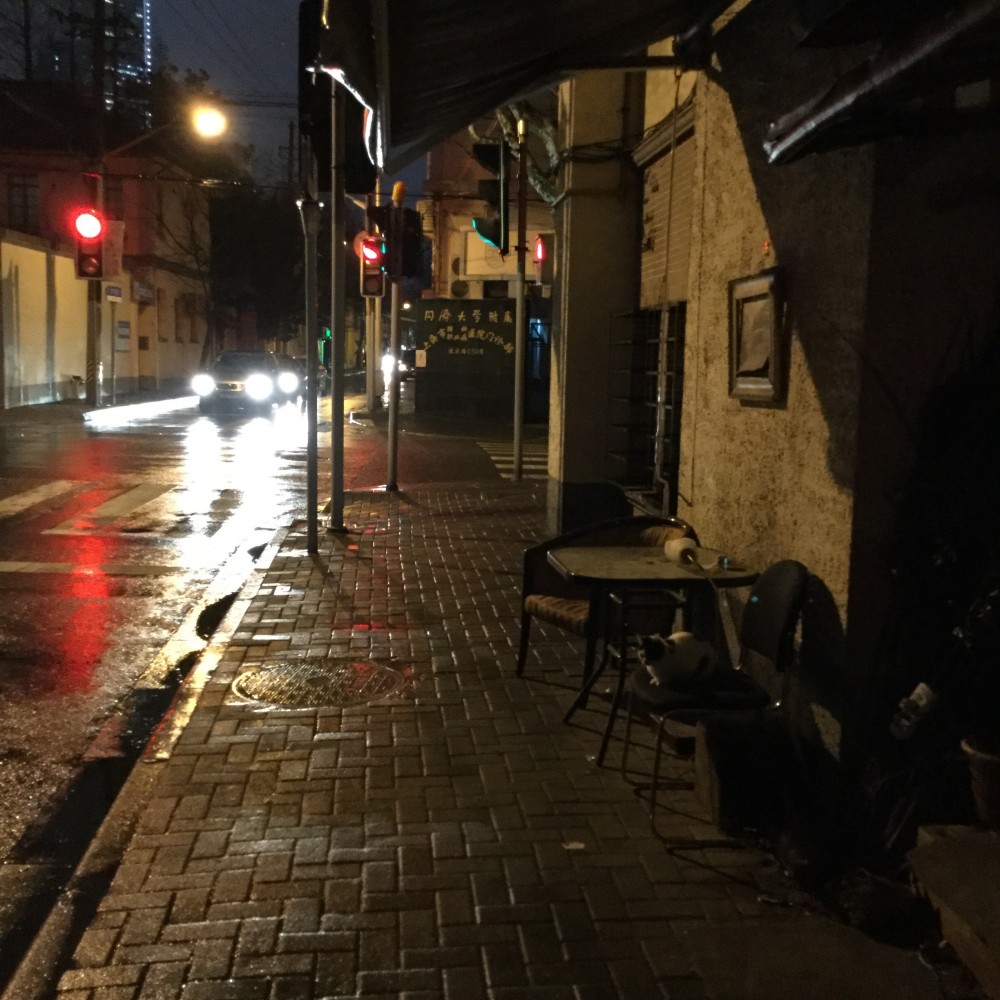 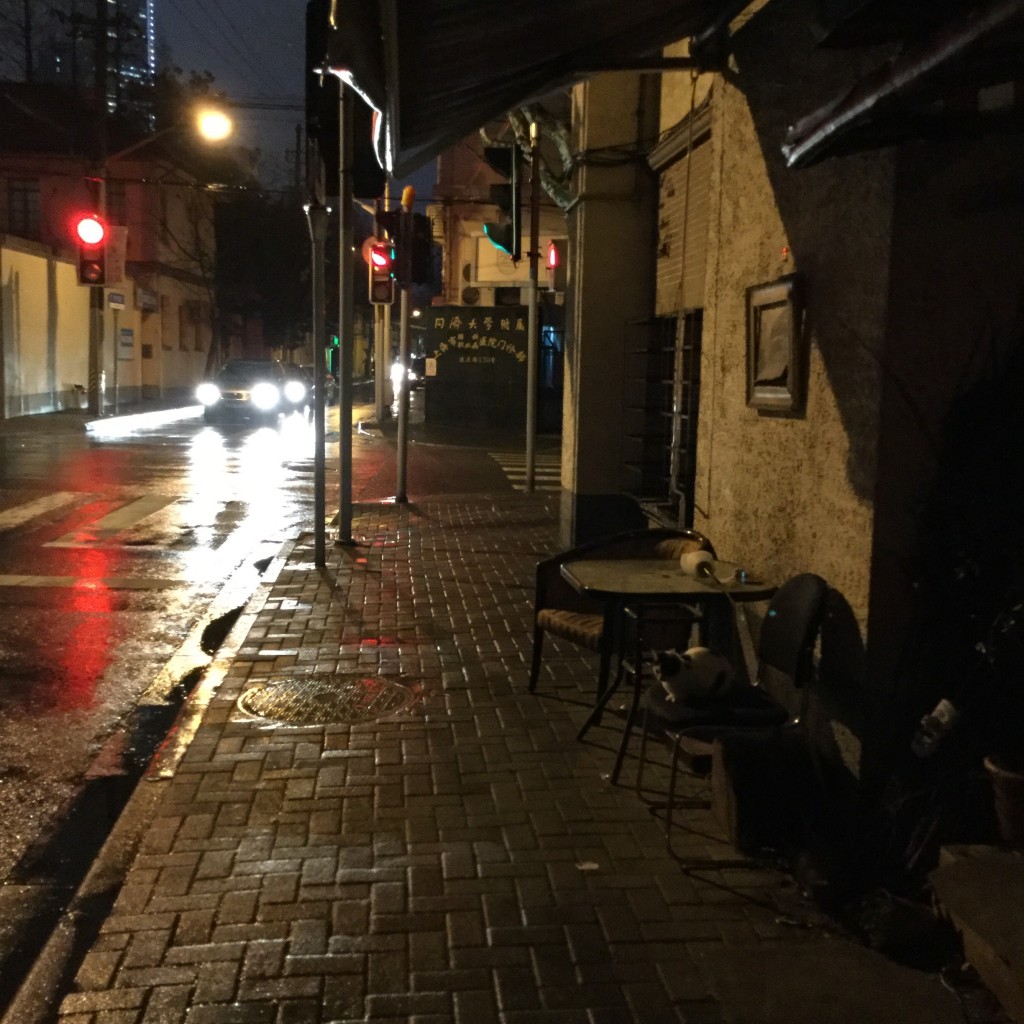 A cat watches over a rain drenched street in Shanghai

His Dad had spent over 20 years in prison, escaping four times only to be caught and locked up again each time.

The final time he was arrested was after he’d crossed the border from Inner Mongolia into Mongolia proper.

In jail he was beaten badly, and his wounds had him sent to hospital.

Whilst in hospital he was nursed by a beautiful Mongolian woman, who went on to become his wife.

Billy told us this story at his bar, a posh, wooden place along a grand but unwelcoming street in Shanghai.

He’d had a glass or two, and was becoming garrulous.

“They say there are 30 million people in Shanghai”

“But they only count the ones who register. The ones who never register – like me – are never counted.”

He started to explain the Chinese concept of guanxi – connection.

Billy had been running his bar for over 5 years without a liquor license in a special zone in which it was prohibited to sell alcohol, yet he’d never had any trouble.

When asked how he managed it he simply smiled knowingly and said “I look after my guanxi.”

The bar was just his hobby, and probably lost money. By day he played the finance markets, and must have been successful. He was sharply dressed, wore an Apple Watch, a major status symbol in China, and in addition to his wine bar was opening a chain of small restaurants across the city.

He was thin and soft spoken, and talked with passion about the Chinese economy, using a long, vivid metaphors and examples to illustrate his points.

“Imagine we are gangsters” he said, pointing at the three of of us at the table,

“We want to steal money.

We see a man walking alone down the street, carrying a big bag of money. Maybe it is 1 billion dollars.

He is tall. Maybe he is 2 metres. He walks like this,”

“And he is carry big knife.”

He pointed at me

“Want to go rob him, but we want you to go rob him alone. If you die, we are escape. If you are beating him, we come and help and share money.”

“But we are scared, don’t want to go.

But what if you knew that the man is had high fever. Maybe 41 degrees of fever.

He is very sick, easy to fight.

You know this, so you go in and start to fight and the man is just like this”

He swayed his body to and fro

“We see that you are winning fight, and we come in”

“China is the man. Big but sick. The bag of money is the Reminbi. The gangster are foreign traders. China keeps it’s currency protected but it is weak. Must stay behind the wall to be safe from people.”

As he talked, myself and two friends from Belgium were putting a serious dent into Billy’s wine supply.

He’d periodically break off his story to circle the small, dark bar which was gradually filling up, and attend to the customers.

After a few minutes he’d return to our table with a fresh bottle of South Australian Shiraz, and either pick up where he left off or begin again with a new story or lecture.

The most interesting tale was the story of his dad, in and out of prison, struck down by cancer a handful of years after finally gaining his freedom.

Chinese people of a certain age care deeply about their family history, and can often recount the most chilling stories.

A businessman I met in Hong Kong spoke almost casually – yet not glibly – of how his father, a small shop keeper, had been put in a cage and drowned by the communists in the 1950s.

Before he died, Billy’s Dad wrote down his story. It has been translated into English and will be published by a major American publisher next year.

Some details above were changed to protect the identity of the characters involved. The nature of the wine drunk is, of course, accurate.