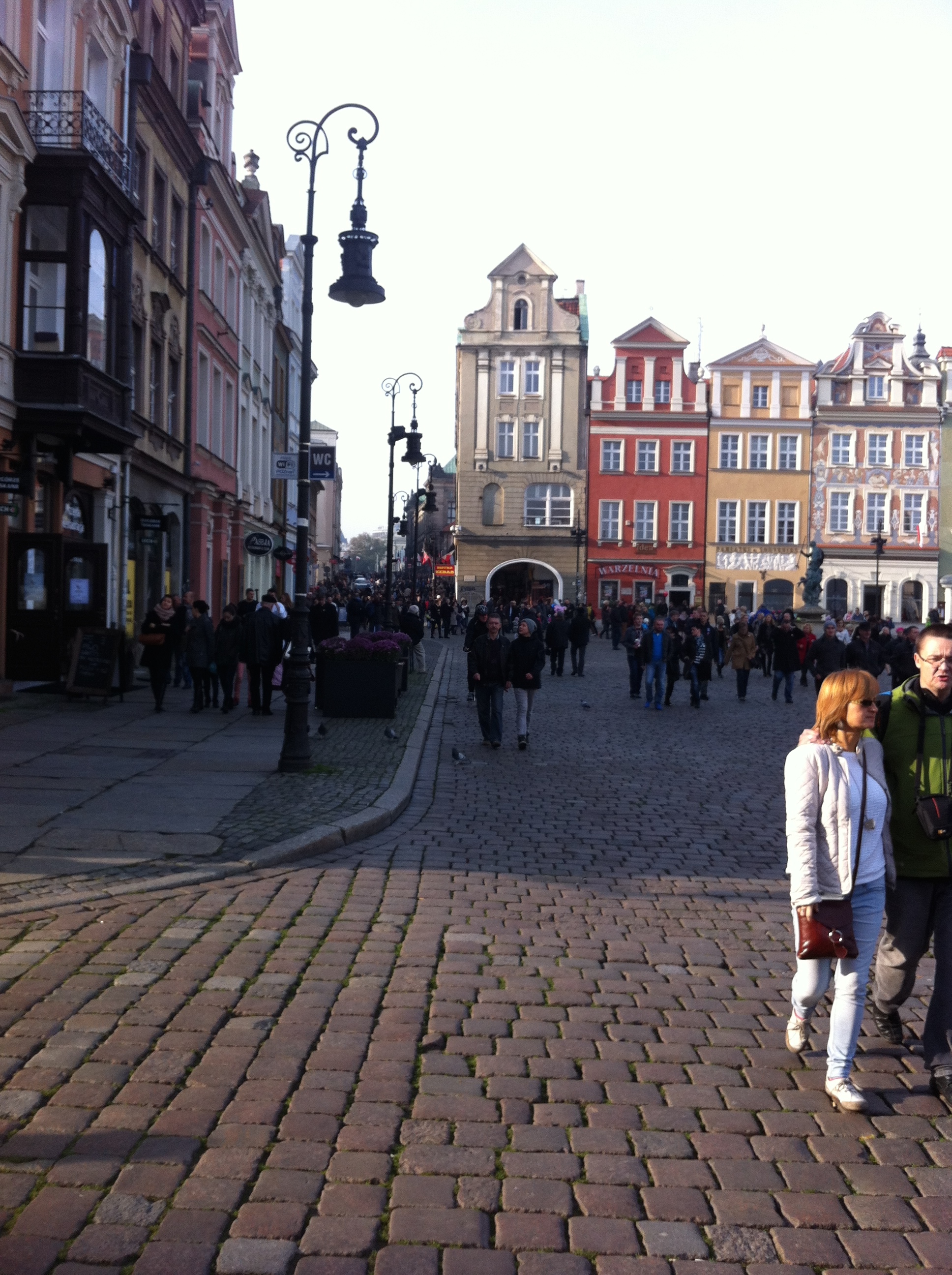 At a Honky-tonk in Poznan

Near the front of the bar was a man with a thick, roughly etched face, a clinging, defiant beard and that honky-tonk stare familiar to every visitor to Nashville, Tennessee. Before us was an old lady with short grey hair and golden earrings waving her arms above her head in time with every song. The performers were two young men, each holding an acoustic guitar. The singer was bald with a stubbled jaw and leather jacket and he sang old time country classics from Elvis to Johnny Cash in a voice halfway between Bowie and Cat Stevens.

They were good. It wasn’t like that time in Cuba where me and a friend sat in consternation sipping lethal margaritas as an old Cuban man with Neil Young hair hacked and slashed his way through “My My, Hey Hey” and “Knocking on Heavens Door,” forgetting lyrics and mispronouncing words. No, this was real, authentic country. We could’ve been in Nashville. Except we weren’t. We were in a bar in Poznan, Poland, just 30 metres from the Old Square, and I was probably the only foreigner in the room. The performers so deftly dishing out rockabilly to the appreciative crowd were called Kulczak / Sykała Acoustic Duo. If you’re in Poznan, do check ’em out.

The only drawback was the service. In Nashville the waiters and waitresses swoon over every customer. Even the dullest, most malodorous old man sitting alone in a Honky-tonk is made to feel as witty as Voltaire and as handsome as James Dean as the staff fuss and pamper, eager for your tips. Here we’d been waving at waiters for 15 minutes trying to get a glass of wine. I mentioned this to Lucy who sat in a cute blue sweater appreciating the music perhaps even more than I; (I’m a huge country fan but for me “Blue Suede Shoes” and “Folsom Prison Blues” are a little tried; for the Polish crowd this was new, exciting, real.)

“Polish service,” I said, with a shrug. This was an old topic. She was about to say something but I cut her off
“Don’t say it’s because of communism…”
“Well,” she said, smiling, patient, “It is because of communism.”
I raised my eyebrows.
“Everything is because of communism. Yes, it was awful and destructive, but this can’t be an excuse for every problem in your country. Easy for the Kiwi to say, but maybe it’s time to move on…”
“Well, you know” still smiling, still patient…
“…these people were born during last days of communism. The people who are running Poland today grew up during communism. During the communism the staff at a shop were not there to serve people, the staff had all the power. Even the lady at a little store could choose who gets this tiny piece of kielbasa.” She waved the imaginary kielbasa in the air.

People would queue for days in the desperate quest for something new to put on the table, anything interesting which could be dished out or withheld at the capricious whim of the storekeeper who was absolute monarch of the meagre supplies. Communism is long gone but frustratingly this conception of ‘service’ seems to have been carried forward into modern, capitalist Poland. No wonder it takes so long to get a drink.

Eventually the wine arrived and I more or less shut up for the rest of the set, feeling only slightly resentful that Karl Marx and his followers had caused me to wait so long for my chardonnay, but then again I supposed there were probably people out there who had suffered worse.

A large, bald man was staggering about near the bar in a perfect suit. His belly was enormous and every few minutes he’d drag his round frame to a nearby table and stare, cow-eyed at the occupants. There was nothing threatening in his glance, it was just vacant. These were the eyes of a bottle of vodka, not of a human being. I leaned over to Lucy and said with a wink “probably a Russian.” She nodded seriously “looks like Russian.”