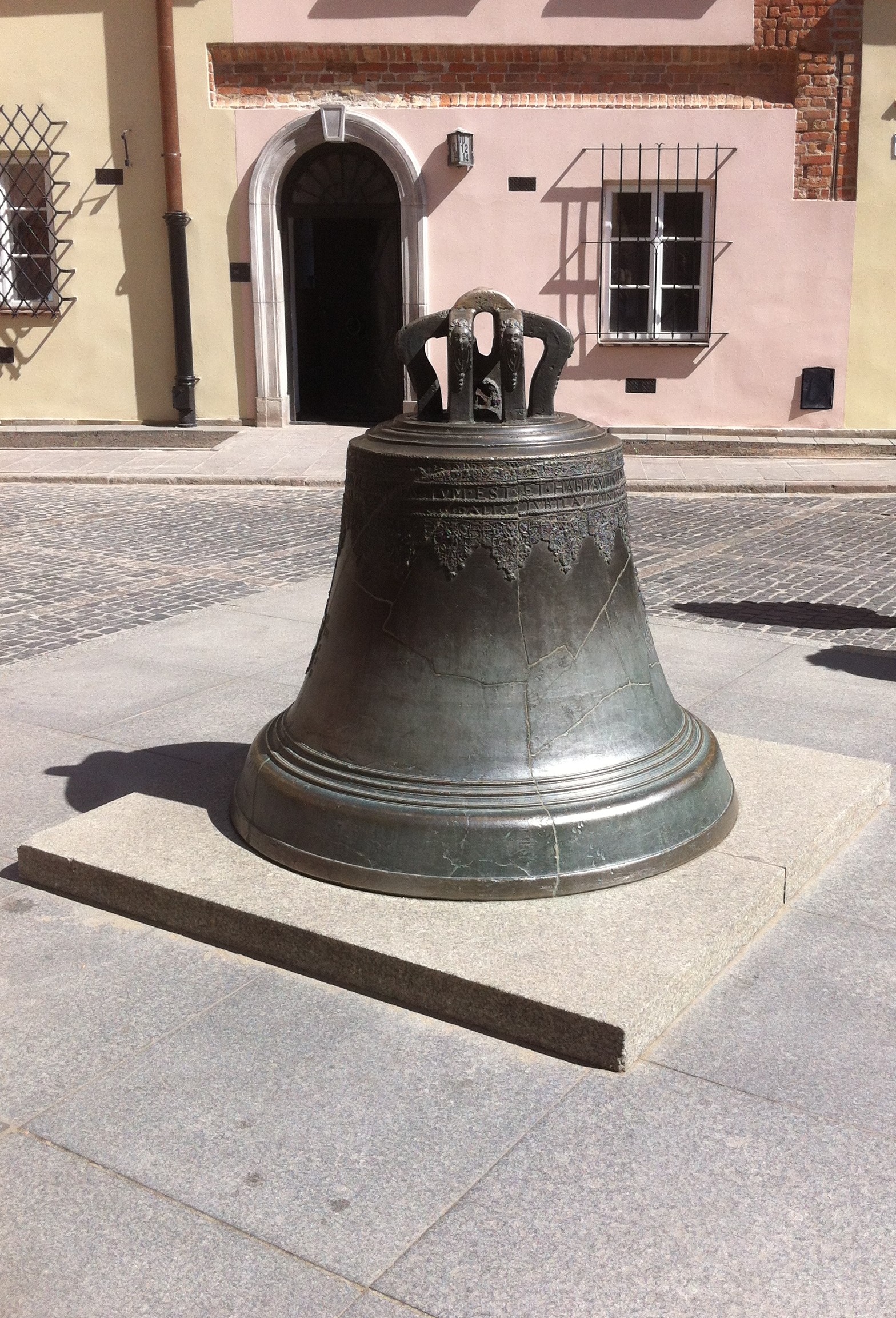 Coming out of the subway the only things to see were towering apartment blocks. The biggest was round, like a space station or something from an industrial plant, round and white and looming over the square blocks that otherwise made up the Warszawa night.

I’d had a long journey; first the overnight train from L’viv to Krakow. The girl in my compartment gasped at my meagre attire, and – fearing that I’d die of exposure in the Warsaw winter – gave me her scarf. The scarf was around my neck as I wandered anxiously through the living quarters of the capital, searching for an address that was written on a small piece of paper in my wallet.

The address was for a young lady who I’d met on my first train into Poland, after scurrying fearfully from platform to platform in the grim, grey, crumbling Katowice station trying to find the train to Krakow.

She’d invited me to stay at her place when I came to the capital; her directions were accurate and before too long I was ringing the bell to her apartment. It was unexciting. She cooked me a traditional Polish meal, which was dreadful, but she was kind host and it made a change from the dorm rooms and grouchy receptionists that had pegged the journey so far. She was an accountant who worked in banking, and was looking for a job in Vienna or Switzerland, “anywhere but Poland” she said.

We went ice skating in the night. 11pm, somewhere near her apartment, a huge warehouse where balding, bearded men with combative faces pirouetted on the grey ice. My hands shook as I tried to force on the small skates, and as my host danced across the ice I clung to the wall in clumsy terror, my awkward 18 year old limbs flailing beyond my control whenever I strayed more than a foot from the wall.

The next time I’d see Warsaw was four years later, on my way to catch a flight back to London to wrangle a visa and fly to China. The previous few weeks had seen me wander the Jewish cemetery in Lublin looking up family history, strain for a glimpse of the Danube in Vienna, fall down on my arse repeatedly whilst trying to snowboard in the Tatras, and receive death threats from Neo Nazis in a bar in Bratislava. So I thought it was time to take it easy.

After wandering the restored old town – church bells held together by industrial strength glue, buskers whacking wooden bats into garbage can drums – I spent the day reading in the chain coffee shops in Nowy Swiat. Back at the hostel the guests had vanished but the manager was drinking with some of his mates, Warsaw locals. Their friend was DJing at a local club, and they invited me to join them. It would’ve been ungracious to say no.

We drank beer in the lobby and they passed around a joint on the hostel staircase – the manager abstained, I think – before we bounced from club to club enjoying traditional Polish products at every stop. The end of the night saw me chatting with a Polish girl at some club with a low wooden ceiling and many small rooms. She was friends with the guys I went out with and we danced for a while before I went to find the lads, say farewell, and head home.

It was dawn by the time I stumbled outside. One look around was enough to tell me that I had absolutely no idea where I was. I called out to some stranger, asking for directions, and realised with some awkwardness when she turned round that it was the girl I had been dancing with inside. “Come with me” she said, “I’ll take you.” We ended up back at her place near the old town, drinking tea at 8am.

Warsaw is not my kinda town; big, sprawling, ugly and impossible to find your way around the identical living quarters and surly bars, but for some reason after I wrapped up my studies in China and moved to Poznan this city had just kept pulling me back in.

Each time I come here the great, brown Palace of Culture – Stalin’s ‘gift’ to Poland – grows uglier and more terrifying, towering above the city and declaring its dominance over the sky scrapers below.

Last year saw me here drinking with Paul, a friend who I hadn’t seen since China. He met us at the station and took us to his apartment which was right opposite a dingy warehouse like building which looked oddly familiar. I asked Paul what it was, and he said it was an iceskating rink; most likely the same place I fell down in five years before.

The apartment complex was in a typical Eastern Bloc living area. These things were thrown up, pre-packaged, during the days of communism and stood for efficiency and nothing else. They had everything you needed. There was no soul, no chaos, no creative spark, nothing to look at aside from the identical buildings and sufficient parks.

We dropped off our stuff and went to buy wodka and meet up with some of Paul’s friends from university. Skirting a few fences we ended up drinking on the campus of the local technical university, and then migrated to some murderously dingy bar full of smoking drunks and battered wives. We left there quickly and eventually managed to persuade Paul to take us home.

We met up the next evening at a boisterous Czech restaurant in a large square, near the big gay papier-mâché rainbow which thugs burn down every three weeks and every three weeks on cue the city rebuilds. (A good time to be in the papier-mâché business in Warsaw). Paul was green with hangover but the food was good, former cadres were swilling beer with young professionals.

Walking back home we past an old building which Paul told us was an orphanage. The building was black and grey and darkness flitted around. It was the scariest building I have ever seen. The windows were slitted and sinister and the iron fence surrounding the dingy yard shook in the wind.  Paul was a great night time tour guide and we saw military buildings and collapsing cinemas, barracks and prisons standing side by side in the slumbering dark.

A few months later I was back again, and again met up with Paul for a drink. The table cloths were stained with cigarette burns in the small cafe near the station and the artists squat up the road was closed to guests; sometimes they host parties and concerts but on this Monday night they were shut. We walked to a bar just up the road.

I had a flight back to New Zealand (via Dubai, Bangkok, Melbourne and Neptune) so we were trying to keep it an early night, and insisted on staying within site of the blue neon Novotel sign. The bar up the road was closed. The one ‘just further on’ was closed too. A ‘great wee place’ just a little further was shut. We were getting further and further away from the centre. Cars roared by towards the highway.

A ‘classic Warsaw night spot’ had been renovated into some brightly lit all night bar but was empty except for us. We had beer and Paul insisted on a parting shot of wodka. We went back to the city centre and drank with tourists and aging alcoholics in a fake communist style watering hole.

At 3am I stumbled back into the hotel and waved Paul a cheerful farewell; it had ended up a fun evening and we’d sung Chinese rock songs as we ambled home past embassies and mansions. The flights the next day were not fun.

A few months past before Warsaw snatched me back in. Two Polish friends were going an international jobs fair in the huge stadium, and I was invited to tag along. Both smart, educated woman with more degrees between them than half of New Zealand, they were shocked to find the foreign embassies and companies came to Poland to recruit only mechanics and au pairs. The biggest queue was for jobs in Australia’s Northern Territory.

Believe me, I told them, you’d be better off staying in Poland.