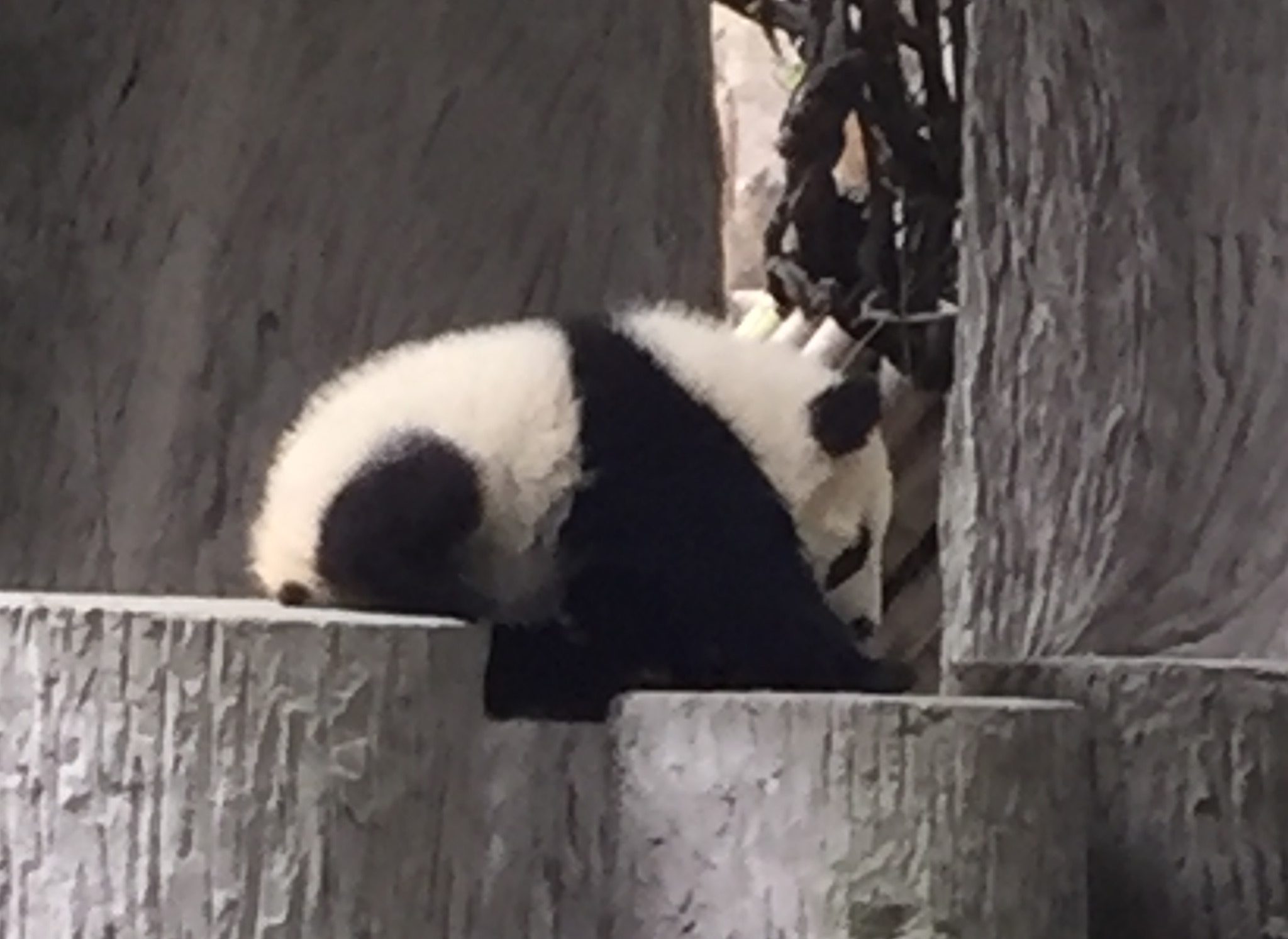 “Master Worker, Take Me to the Pandas” – A Story of Chengdu

A Highway on the Outskirts of Chengdu, China. December 2016.

The taxi driver attacked the road with staccato fury, charging forward into every gap, honking incessantly. This was pretty textbook ‘Chinese taxi driver’ behavior. What set this particular chauffeur apart was his alarming habit of closing his eyes and seeming to doze off whenever we came to a stop that lasted more than a couple of seconds.

The cars in front of us leaped ahead, and yet our driver stubbornly maintained his doze. I tapped him on the shoulder and said ‘Shifu! Zouba!’ ‘Master Worker, let’s go!’ He glared at me as if I had made an unreasonable demand, gave his horn a couple of defiant honks, and finally charged forward.

We had a meeting to attend, with an embarrassment of pandas, for which I was about two years overdue.

Despite spending an eventful six months in Chengdu as a student at Sichuan Normal University back in 2014, I had never visited the city’s most famous attraction.

The ‘Chengdu Research Base of Giant Panda Breeding’ makes up for its clunky English title with an impressive track record of success, popularity and celebrity endorsements. Michel Obama visited in April of 2014 – during my time as a student there, though I rather doubt she was aware of this – and reportedly told her children “Chengdu is probably the city I would choose to live in if I lived in China.”

Two years after my student days had come to an end, I again found myself in Chengdu. This time, I was determined to make the trip. Our taxi driver, however, did not seem to share my enthusiasm. 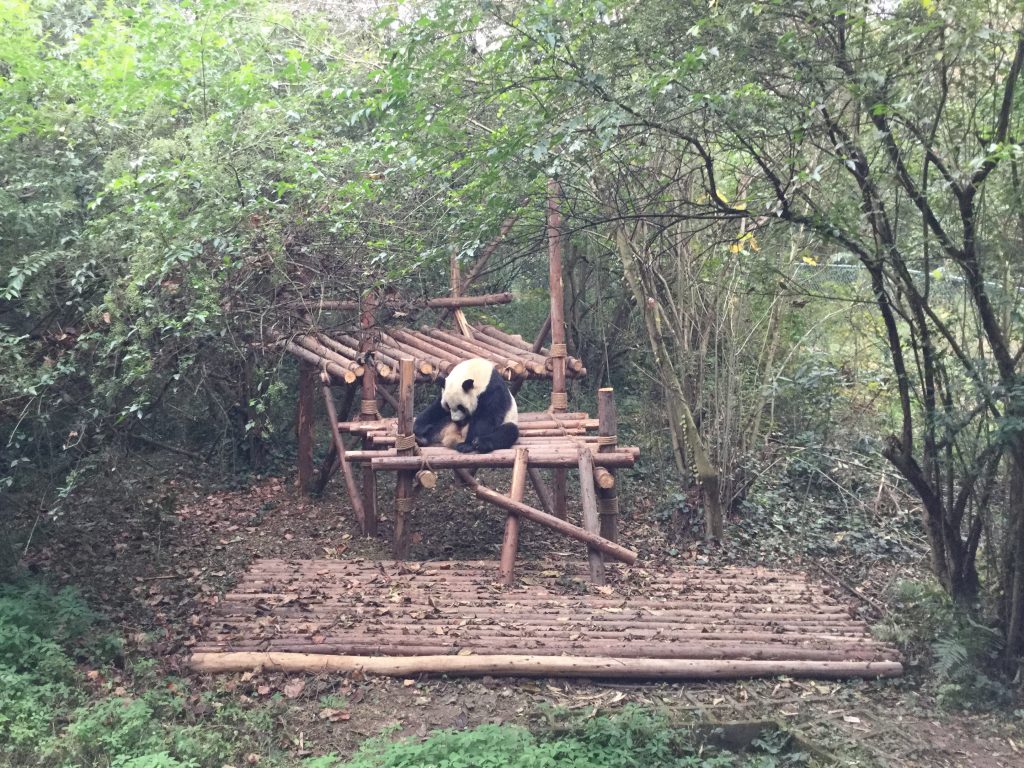 Sitting in the front of the cab, I kept a watchful eye on the slumbering shifu as two slavic girls – friends and former classmates of mine from the Chengdu student days (who will no doubt be reading this with a roll of eyes) – sat in the back and discussed various recipes for kapusta, cabbage. It occurred to me that this was an unusual situation for a New Zealander to find himself in!

Out of the eight of us foreign students who lived on campus in 2014, forming a sort of English speaking clique, four of us once again found ourselves in China. It was an improbable group, comprising one Romanian, two Poles, one Pakistani, one Russian, one Italian, one Portuguese, and one Kiwi. We’d bonded over a shared preference for speaking English rather than Chinese during our time out of the classroom, and a collective sense of the strangeness of the place in which we lived.

There were days when the smog was so bad that you couldn’t even see the towering construction sites a mere forty meters from the university gates. There were strange goings on among the other students, stories of insanity and intrigue. Classes would begin and be canceled according to a mysterious, ethereal schedule.

The local students would practice military drills in the tennis courts, and march in circles around the running track, shouting patriotic slogans. Text books were sold with propaganda phrases emblazoned on the cover ‘The Diaoyu Islands Are China’s!” “The History of the PRC Will Not Be Tampered With!”

Petty thefts were common – anything left outside our dormitory, no matter how worthless, would vanish in a few moments – and yet we all felt safe.

Back then, being a laowai (foreigner), in a second tier city afforded a certain privilege and prestige. People would stop and photograph you as you walked the street, doubling back for a second look. Children would stare, wide eyed, at these devils from over the ocean. Restaurant owners would call their friends and announce ‘we have foreigners eating here today!’

Amidst this bizarre, confusing world, there was scarcely opportunity to turn our thoughts to something as ordinary as sightseeing.

Sightseeing makes you a tourist, a transient visitor. It implies a certain disconnectedness. You are witnessing the story, taking photos, and moving on your way. But during the student days, we were far too much a part of the action. This was our city. We were one with the madness surrounding us.

Time moves quickly in today’s China. A mere two years on, things have changed. Foreigners are no longer such a photo-worthy spectacle, and our university has moved up in the world, forming lucrative deals with institutions in places like Pakistan and Kazahkstan. No other Europeans, and certainly no more Kiwis, had taken our place on campus. Without our small but rowdy circle to lower the tone, the campus shop had even stopped selling beer! It was a sign: our part in this story was over. Time to bring on the pandas.

The breeding centre lies just six kilometers outside of the city. Against popular advice, we visited in the afternoon. Our taxi driver may have been slumbering throughout half the journey, but to our surprise the pandas themselves were awake. They must have gotten the memo that a bunch of morning-challenged laowais were on their way, and decided to skip their traditional 8 hour afternoon nap and give us a rousing performance.

They leaped from branch to branch. They climbed trees with remarkable speed and perched in perilously thin branches, staring down at the gasping, jostling crowds below. Watching these bizarre, ungainly and yet remarkably lithe and agile beasts at play, it was easy to see how they came by their Chinese name, 熊猫 Xiongmao, which literally translates to ‘bear cat.’

(This is apparently a hangover of the time when Chinese characters were read from right to left, which would provide the more logical reading, Maoxiong, ‘cat bear,’ which I am, told they are still known as in Taiwan.)

Our visit over, we choose the least homicidal looking of the waiting taxi drivers, and hooned off into the familiar dystopia of a Chinese highway.

As we dodged traffic and navigated the incessant maze of overpasses through shrouds of thickening smog, I looked out the window. An ocean of shabby, identical apartment buildings stretched off into the murky horizon.